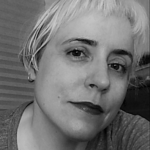 With so many screens in our lives it continues to be a struggle to find the inner strength to...

Since January 2009, Chalk Repertory Theatre has been crafting site-specific theatre in Los...

It’s been a decade of a year, and The Geffen Playhouse (or Geffen Stayhouse as they have been...

Okay, my global theatre friends, we admit it – we here in Los Angeles have been missing...

Mr. D’Alcala: If the time ever comes when your kind can walk a city street in daylight with...

’Tis the season for holiday-inspired and joy-infused entertainment and Ruskin Group Theatre Co. in...

“We are moving in the right direction, we cannot go back – There won’t be more camps, more...

“What can we do to break down the myths and stereotypes of Thanksgiving in forty-five minutes with...

Founded in 2018, BoomStick Theater has focused its mission statement on providing a platform for...

If you live in Los Angeles or plan to be in town some weekend through October 27th, it cannot be...

“Das Boot – on a boat.” The Center Theatre Group presents a particularly...

Incest, attempted murder, attempted rape, and a family desperately seeking out a better life only...

“Yes, my hometown is so dear to me that I would rather ruin it than see it flourishing upon a...