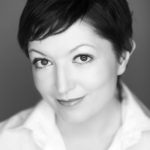 Kasia Lech, with a PhD from University College Dublin, is a scholar, actor, storyteller, puppeteer, and Associate Professor at the University of Amsterdam. Her research and creative practice explore theatre through practice-based and traditional scholarship and primarily focus on verse, multilingualism, translation, and transnational experience. Kasia’s monograph Dramaturgy of Form: Verse in Contemporary Theatre (Routedge, 2021) explores verse in twenty-first-century practice across different languages, cultures, and media. She published on verse in contemporary performance, theatre translation, multilingual theatre, multilingual actor, European theatre, theatre and animal rights, and puppetry. Kasia trained at the Polish National Academy of Theatre Arts and performed internationally in theatre, television, radio, and film, including starring as the Grey Cat, a puppet that co-hosted the awarded live TV show for children CyberMysz on Polish national television. She co-founded Polish Theatre Ireland, an intercultural and multilingual theatre company based in Dublin.

The World Theatre Day Message from the Polish Centre of the ITI was delivered by Dramatyczny...

AURIC (Songs from a Golden Age) at the Brighton Fringe is a unique aural journey and experience...

What Will You Do This Summer? On An Interdisciplinary Summer Camp In Warsaw

While theatre in its early days existed in a strong relationship with verse, the social, cultural,...

On Saturday 9th of January, Polish National Theatre will stream its 2015 production of Kordian by...

The 2018 Edinburgh Fringe will be particularly exciting for those interested in Polish theatre....

“A long, long time ago…or maybe not so long ago…in fact, quite recently, there was a...

Jacek Głomb, Polish director and Artistic Director of the Modjeska Theatre in Legnica, has just...

‘In theatre the national differences, instead of dividing, are now connecting,’ says Polish...

This series introduces Polish directors whose work is recognized in Poland, but they are...

The 2016/17 theatrical season in Poland is about to end and most of the theatres will close for...

The Old Theatre in Kraków has just got a new General Director. Surprisingly, or maybe even...

This series continues to introduce Polish directors recognised in Poland and relatively unknown...

This series will introduce Polish directors whose work is recognised in Poland, but they are...

The year 2016 was marked by theatre artists resisting narratives imposed by the Polish government...

The final Polish premiere of 2016 was Triumf Woli [The Triumph of the Will] prepared by the...

In Poland, the word “refugee” is now used by school children as an insult, as revealed by a...