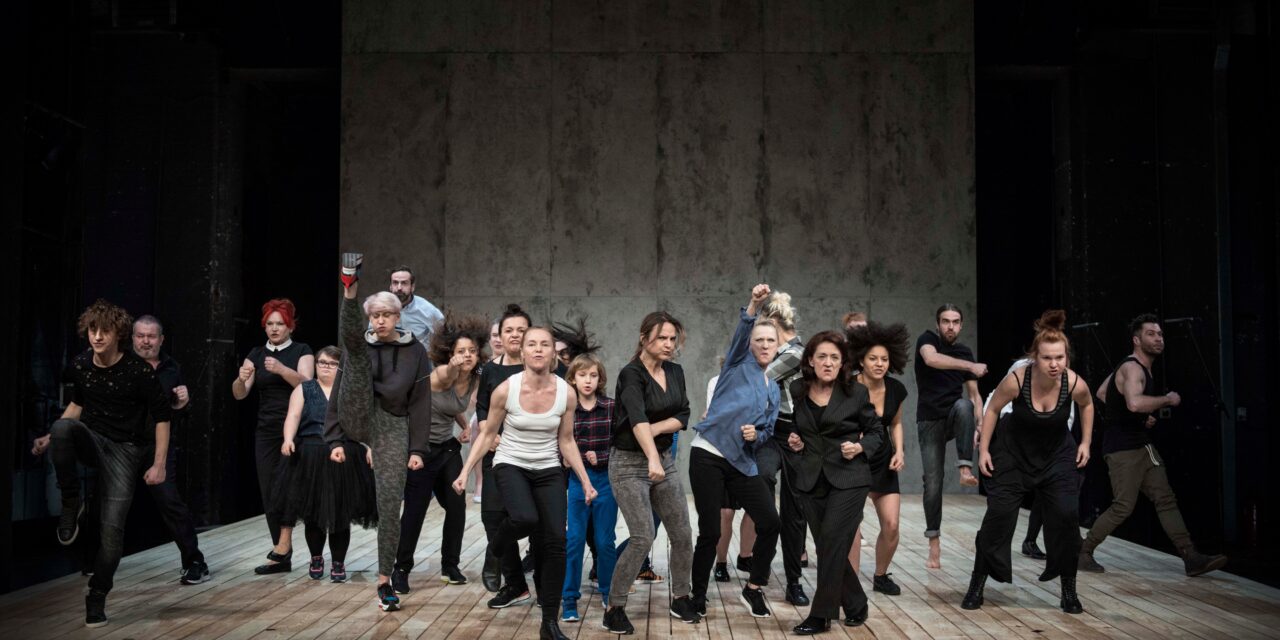 While theatre in its early days existed in a strong relationship with verse, the social, cultural, and technological developments of the eighteenth- and nineteenth centuries strained the tie. Many of the twentieth century’s theatre practitioners seemed to adhere to Ibsen’s idea that a theatre artist “should be unwilling to take a verse into his [sic] mouth” (Ibsen 367). However, the first two decades of the new century brought about a resumed interest in verse and its hybrid forms as a theatrical language through which to engage with contemporary audiences. And just as well, because theatres in the Covid19 and post-Covid19 Eras need verse to redefine their core structures and relationships between themselves, their audiences, artists, and spaces in which they create. Here are the 5 reasons why:

1. Verse is a platform for innovation.

Verse in theatre does no longer mean a conventional play in which most of the dialogue is written in verse-lines. Verse in today’s theatre refers to a wide selection of works: new writings, musicals, devised performances, multilingual theatre, gigs, media projects, and experimental forms performances that test the boundaries of verse and theatre.

Another Example: Antosh Wojcik’s How to Keep Time: A Drum Solo for Dementia

As I explain in my book Dramaturgy of Form: Performing Verse in Contemporary Theatre, verse has heteroglossic quality, built on a dialogical interaction between its rhythmic and lexical viewpoints. These viewpoints are often contradicting and evoke various tensions that help verse to reflect the globalized world’s multifaceted and pluralistic nature. This is also how verse facilitates contexts and identities that escape simple social, physical, geographical, national, or cultural boundaries. Verse is far away from an every-day language that Ibsen insisted on (367-368) but it allows artists to reflect on how languages are spoken in the contemporary world.

Instead of being Ibsen’s “language of Gods” (Ibsen 269), verse has become a theatrical language of marginalised individuals and communities, staging their artistic responses to global, national, and local politics, and to contemporary theatre. Through its dialogic quality, verse deconstructs normative, patriarchal narratives surrounding Otherness and vulnerability and transforms performance into a political action (also see Lech, “Claiming”).

Another Example: An Evening with an Immigrant by Inua Ellams

Verse in theatre can be a deterritorializing agent (also see Eckersall et. al. 20), bringing to the fore and transforming connections and contracts between theatre and social world, and between individual, local, and global. On a meta-level, it emphasizes and shifts interrelations between playwright, translator, dramaturg, director, actor, and spectator. Verse supports theatre artists in redefining theatre aesthetics, and relationships between themselves, their audiences, and the spaces in which they create.  Through that verse can help theatre to respond to new cultural ecologies and claim agencies over these new ecologies (See Lech, Dramaturgy).

Example: Seamus Heaney’s The Cure at Troy, (from Sophocles’ Philoctetes)

Unlocking the potential of verse structure starts with an exploration of its patterns, which echoes contemporary theatre interests in media and transmedia works with their own patterns of bits, bites, and algorithms (also see Romanska 446). This is what helps verse to facilitate a dialogue between different media contexts.

Romanska, Magda. “Drametrics: what dramaturgs should learn from mathematicians.” The Routledge Companion to Dramaturgy, edited by Magda Romanska, Routledge, 2014.