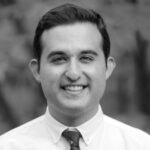 Mert Dilek is an academic, theatre critic, and dramaturg based in London. He is currently a Ph.D. candidate in English at the University of Cambridge, where he holds the Camilla Mash Studentship at Trinity College. He received his M.Phil. with distinction also from Cambridge and holds a B.A. in English and Political Science from Yale University. His scholarly interests range widely across British, European, and American drama and performance from the late nineteenth century to the present. As a theatre critic and arts journalist, he regularly contributes reviews and features to The Stage, Exeunt Magazine, and Broadway World. He has worked as a script reader for the Arcola Theatre and Bush Theatre, and continues to collaborate with playwrights and theatre companies as a dramaturg. He has recently joined the Reading Panel at the National Theatre. For more information, please visit his website at mertdilek.com.

“Would you rather have one shoe or no shoes?” Viv is here to show us that missing only one shoe is...

Antoinette Nwandu’s play Pass Over is a palimpsest. Its outer surface looks familiar: haunted by...

Now that’s what I call a star turn. Hitting the brakes on an express train, Lesley Manville lands...

A woman walks into her home. Then does another. And another. Stef Smith’s Nora: A Doll’s House is...

Towards the end of Leopoldstadt, a young writer named Leonard is handed a sheet of paper with his...

Could diabolical interference be the only way for a woman in 17th-century London to advance in...

The wilting characters of Uncle Vanya would like us to believe that their scenes from country life...

It is hard to believe that Shelagh Delaney wrote A Taste of Honey when she was only nineteen. This...

This Duchess of Malfi is a cool one. It is so cool that it has lost its gripping temper and, with...

“You into words?” Jamie Lloyd’s magnificent treatment of Cyrano de Bergerac very much...

Fairview is a scorching minefield that looks like a green meadow. At long last, London audiences...

’Tis the season for Christmas pantos across the UK, and there could not be a more ideal opener to...

Adapting novels for the stage is a tricky business. When the novel in question happens to be...

Founded in 2001, the Dramaturgs’ Network is the only organization in the United Kingdom solely...

The winner of the 2019 Papatango New Writing Prize, Shook by Samuel Bailey offers a glimpse into...

“Wily, slippery thing.” “Spiky little animal.” “One long nightmare.” These are the phrases that...

Believe me when I tell you that there is much more to Alice Birch’s play [BLANK] than meets the...

“Our family doesn’t get on,” sneers the eponymous matriarch of Maxim Gorky’s Vassa, now playing at...

Far away from Earth, there is a planet called Solaris. It is covered by an ocean and orbits two...