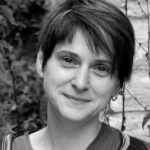 Yana Meerzon is an Associate Professor, Department of Theatre, University of Ottawa. Her research interests are in drama and performance theory, theatre of exile and migration, cultural and interdisciplinary studies. Her book publications include A Path of the Character: Michael Chekhov's Inspired Acting and Theatre Semiotics, (2005); and Performing Exile – Performing Self: Drama, Theatre, Film (Palgrave 2012). She has also co-edited several collections, such as Performance, Exile and ‘America’ (with Dr. Silvija Jestrovic) Palgrave, 2009; Adapting Chekhov: The Text and Its Mutations (with Dr. J. Douglas Clayton) Routledge, 2012; History, Memory, Performance (with Dr. David Dean and Dr. Kathryn Prince) Palgrave 2015; Routledge Companion to Michael Chekhov, (with Dr. Marie-Christine Autant-Mathieu), 2015; and a special issue of Theatre Research in Canada journal on theatre and immigration (Fall 2015). Currently, she is working on a new book project, provisionally entitled On Self and Encounter: Constructing Subjectivity in the Age of Cosmopolitanism.

In scholarly debates on contemporary theatre, the question about language has primary importance....