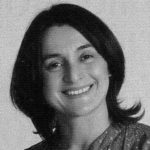 An Interview with Prof. Ana Stojanoska—Theater Scholar, Writer, and Poet

Ana Stojanoska (1977, Prilep) is theatrologist, writer, and full professor at the Faculty of...

The Death of Madam Dupin: Is the Balkan the Sub-Saharan Africa of Europe?

There is always a cultural gap between scholars and artists, each group being suspicious of the...

During the very agonic and snail-slow, first foggy year under COVID of 2020, I met theater...

Slobodan Savić (born in Požarevac in 1964) is an author, theatre critic, writer, and journalist....

Ulrike Syha was born in 1976 in Wiesbaden, Germany. She studied Dramaturgy at the Hochschule für...

The Perspectives of a Creative Producer Today An interview with Sylvia Huszár – creative producer...

“Lady With a Hat:” Interview with Maša Ogrizek

Maša Ogrizek (1973), a university graduate in Sociology of Culture and a philosopher, has been...

Niko Gorsic is a Slovenian actor, performer, and theater director working under the pseudonym...

Oliver Micevski (b. Skopje, Macedonia, 1980) is one of the most creative and intelligently...

Jan Pappelbaum is one of the most inventive and internationally renowned set designers, from the...