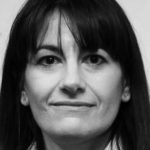 Maria Delgado is an academic, curator, and critic. Professor and Director of Research at The Royal Central School of Speech and Drama, University of London, she has published widely in the areas of Spanish-language theatre and film. Her books include "Other" Spanish Theatres (Manchester University Press, 2003, revised Spanish language edition published in 2017), Federico García Lorca (Routledge, 2008), and twelve co-edited volumes, including Contemporary European Theatre Directors (Routledge, 2011) and A Companion To Latin American Cinema (Wiley-Blackwell, 2017). She writes for publications, including Sight & Sound and European Stages, and has appeared as a guest contributor on a range of BBC radio programs.

It’s December 22nd, not quite the night before Christmas but not far off, and the news has just...

There was a moment on April 7th when the vision for culture in Spain under Covid-19 looked pretty...

Tracy Letts’s Bug may be fourteen years old, but this tale of a couple convinced that they are...

Guillem Clua has produced a varied body of work for the Catalan theatre. His plays sometimes have...

Alfredo Arias has been based in France for many decades now, but he is an increasingly frequent...

There is no shortage of plays about troupes of traveling actors eking out a living on the road. To...

Romina Paula is perhaps best known outside Argentina for her work as an actress in seminal films...

For many in the English-speaking world, the company Piel de Lava is known primarily for its work...

Federico García Lorca’s rural trilogy, written in the period between 1932 and 1936 as social...

Lucas Hnath takes a “what if” scenario as the central conceit of his sequel to Ibsen’s A Doll’s...

It has been a decade since Miguel del Arco—now one of Spain’s most admired directors— burst onto...

La Cubana—one of Spain’s most important theatre companies—are back. They may have intimated back...

El chico de la última fila (English title The Boy at the Back) is one of Juan Mayorga’s most...

José María Pou is an actor who knows how to hold an audience and his star turn in Moby Dick is a...