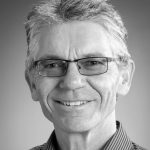 David O'Donnell is a theatre director and Associate Professor in Theatre at Victoria University, Wellington, Aotearoa/ New Zealand. David has directed many premieres of New Zealand plays, most recently Heat by Lynda Chanwai-Earle, Te Karakia by Albert Belz, Collapsing Creation by Arthur Meek and West End Girls by Ken Duncum. His productions have been seen at the NZ International Festival of the Arts, Auckland Arts Festival, Nelson Arts Festival, Otago Arts Festival, Fuel Festival, Dreaming Festival (Australia), Downstage, BATS, Fortune and Circa Theatres. David has been nominated six times as director of the year at Wellington's Chapman Tripp Theatre awards, winning in 2004 for directing David Edgar’s Albert Speer. In 2015 he won a Po’okela Award from the Hawai’i State Theatre Council for directing Victor Rodger’s My Name is Gary Cooper at Kumu Kahua Theater, Honolulu. He has published widely on New Zealand and Australian theatre, Māori and Pacific performance and community theatre. With Marc Maufort, he co-edited the book Performing Aotearoa: New Zealand Theatre and Drama in an Age of Transition (2007) and has been editor of the Playmarket New Zealand Play Series since 2010. Floating Islanders: Pasifika Theatre in Aotearoa (2017), which he co-authored with Lisa Warrington, was awarded the 2018 Rob Jordan Book Prize by the Australasian Association for Theatre, Drama and Performance Studies.

The Glitter Garden by George Fowler and Lori Leigh. Directed by Lori Leigh. Circa Theatre,...

Company Kamupene Written and performed by Jamie McCaskill. Presented by Tikapa Productions and The...

Dame Kate Harcourt And the Art of the Senior Actor

As New Zealand has lost two of its longest-running professional theatres in the last seven years,...

Despite being dead for 400 years and having lived and worked on the far side of Planet Earth,...

The Naked Samoans Do Magic Commissioned by the Auckland Arts Festival and co-produced with The...

Bless the Child by Hone Kouka. Co-produced by the New Zealand Festival, Auckland Arts Festival and...

Wellington, a portside city famed for its turbulent seas and hurricane-force winds, turned on a...

Since Sir Edmund Hillary and Tenzing Norgay became the first to climb Mount Everest in May 1953,...

Merriam-Webster has recently named “feminism” as the 2017 “word of the year” and feminist issues...

For the past two years, Samoan playwright Victor Rodger has been tireless in bringing plays by...

The light fades to a darkness more intense than a starless night on a country road. As the eyes...