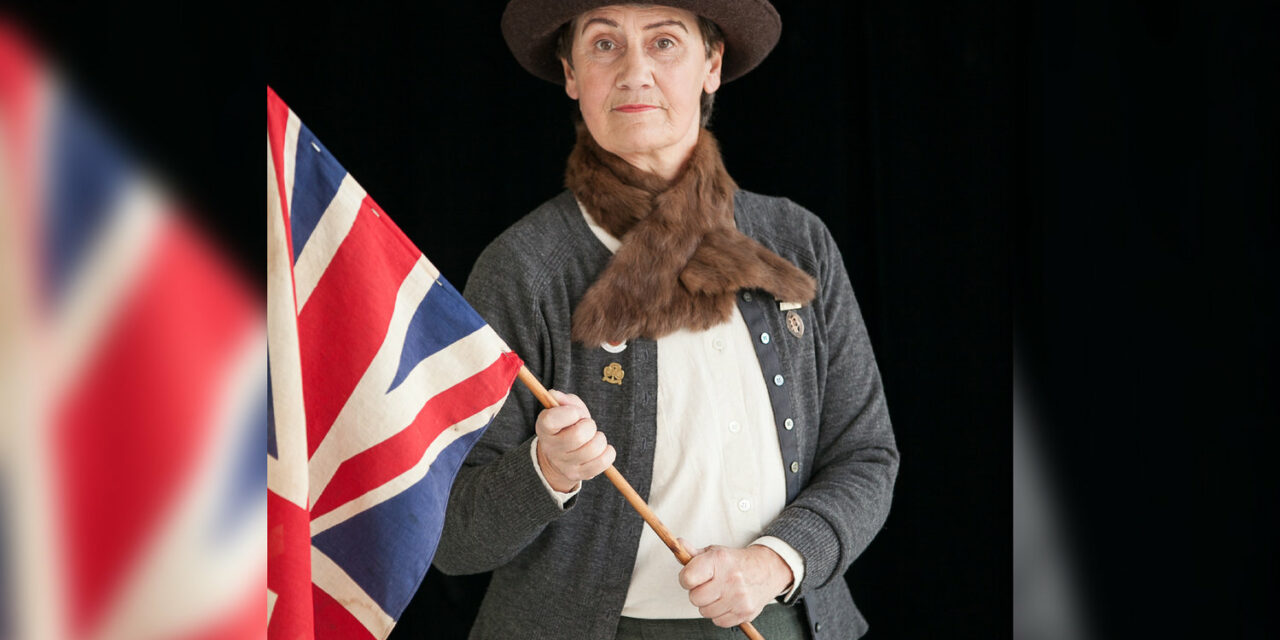 Actor Nicola Pauling welcomes us into the theatre and chats to us for a few moments under house lights before quietly segueing into character. Her physicality subtly shifts to suggest an older woman who begins gently unpacking a backpack. These are the belongings of Margery Hopegood, an English tourist who recently arrived in New Zealand seeking her birth parents. The whole audience is on edge because we know that Margery was murdered in a public toilet in Hamilton in 1992. This brutal killing shocked New Zealanders and the close-knit community of Hamilton at the time and remains one of the more notorious crimes of twentieth-century New Zealand history. This subtext gives this unpacking scene a terrifying edge. For the next hour, Pauling’s solo performance She Danced on a Friday theatrically unpacks the story of Margery, her birth parents, and adoptive parents. Her performance is light, full of humor and celebration of the spirit of this young woman whose life was so tragically cut off as she was seeking to find out more about her own heritage and identity. With simple props and lighting, the emphasis is completely on the actor/audience relationship and the storytelling. I found the play to be intensely moving due to the intimacy of the solo form. It exemplifies the special relationship that solo performers often create with their audiences, using simple props as triggers for the audience’s imagination and a skillfully designed impression of a lack of artifice. 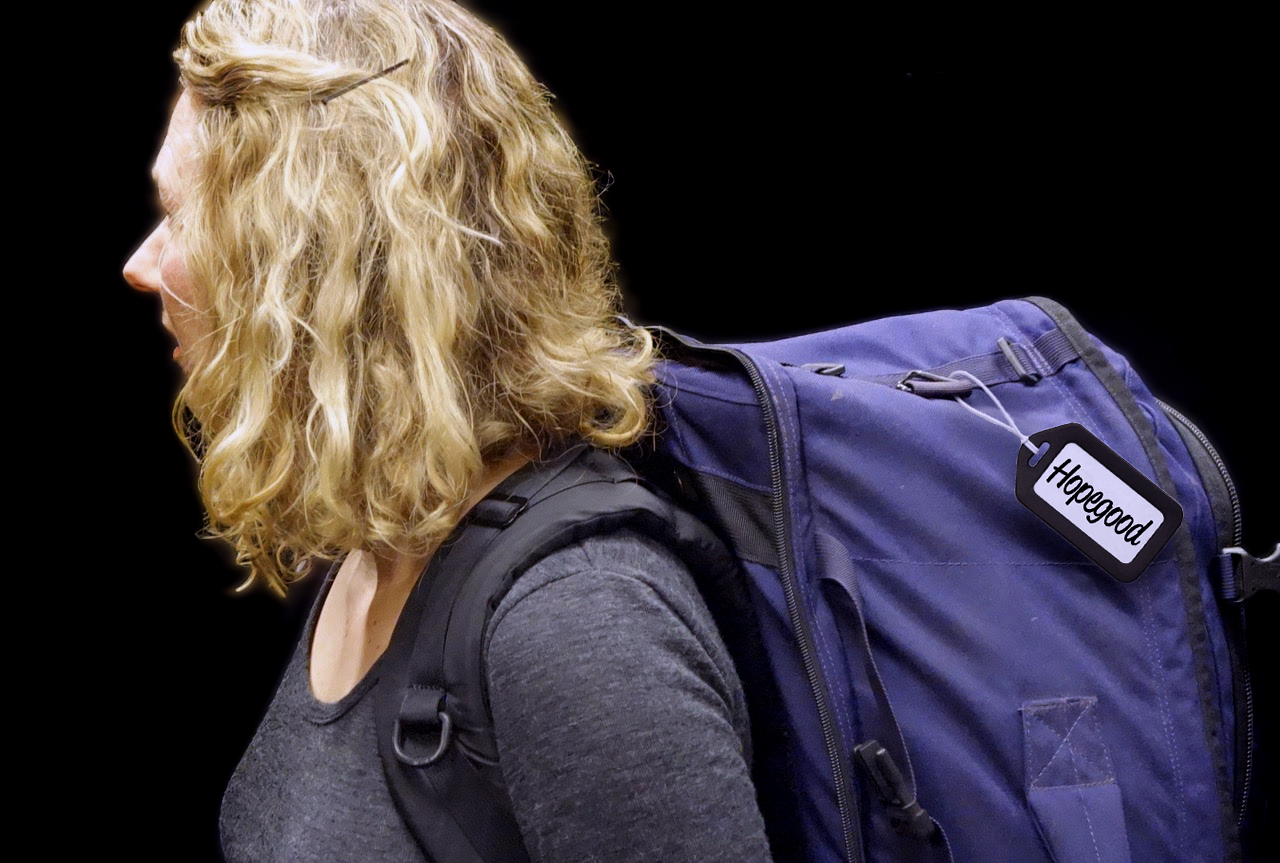 She Danced on a Friday was one of 20 shows performed at Wellington’s BATS Theatre in New Zealand’s first festival entirely devoted to the solo play. TAHI: New Zealand Festival of Solo Performance is the brainchild of Sally Richards, who completed her Ph.D. on directing solo performance at Victoria University of Wellington in 2016. Inspired by her own experiences of directing solo plays, Richards’ thesis both explored the history of solo performance internationally and in New Zealand, and proposed techniques for directing solo plays. The name of the festival – Tahi is the Māori word for “one” – encapsulates both the notion of the single performer and the fact that the festival is the first of its kind.

The solo play in New Zealand is immensely popular for a variety of reasons, with a long tradition of solo plays achieving national and sometimes international success.[1] Bruce Mason created his semi-autobiographical solo show, The End of the Golden Weather (1959) because there were no professional theatres to stage his multi-cast plays, performing it over nine hundred times in New Zealand and overseas. Ironically this play has become an undisputed classic of New Zealand theatre, frequently re-staged and studied in schools. The End of the Golden Weather was the first New Zealand play to be staged at the Edinburgh Festival in 1963. Of the New Zealand plays that have been staged in Edinburgh festivals since, the most successful have been solo works, such as Jacob Rajan’s Krishnan’s Dairy, Toa Fraser’s No. 2 and Stella Reid’s The Basement Tapes, which won Fringe First awards in 1999, 2000 and 2018 respectively. 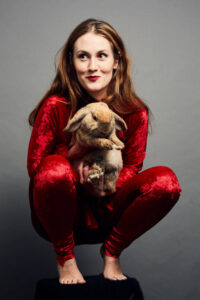 The solo show has become a staple of New Zealand theatre, partly due to declining work opportunities for professional actors. Over the last 30 years, funding for mainstream professional theatres has declined radically, leaving actors with few employment options. Two of New Zealand’s longest-running theatres – Wellington’s Downstage and Dunedin’s Fortune Theatre – closed permanently in the last seven years. In Wellington, the two remaining professional theatre venues– Circa and BATS Theatres – work as profit-share theatres, where the actors and production team take the financial risk rather than the venue. Consequently many actors – like Bruce Mason in the 1950s – have developed solo shows as a way of creating work for themselves. At the same time that mainstream theatres have become leaner, there has been substantial growth in regional arts festivals in New Zealand as well as overseas arts festivals and fringe festivals. Solo shows are cheap to tour, enable actors to have agency in their own careers and to tell stories that they are passionate about as an alternative to fitting with the commercial imperatives of mainstream theatres.

Given that it was an entirely new concept, TAHI was impressively designed and curated. Over five days at BATS Theatre, 20 shows were staged including two premieres. In addition to the evening performances, there were five workshops delivered by experienced solo makers and two panels of solo performance practitioners. For Sally Richards, the panels created new insights into the process of creating solo work: “It was delightful and exciting to be with fellow solo makers – directors, performers, writers, and choreographers. We all work on very different material and projects but had much in common in our practice. I noticed how driven these makers were. To undertake a solo takes enormous drive and commitment, and investment, and that seems to come from telling stories that originate in ourselves and those close to us.”[2]

Looking towards the future, Richards programmed three student showcases of solo works by students from the three Wellington tertiary training institutions: Toi Whakaari: New Zealand Drama School, Te Auaha: NZ Institute of Creativity and the Theatre Programme from Victoria University of Wellington. All three schools have solo performance as part of their curriculum, recognizing the need for New Zealand actors to have the ability to create their own work independently. In total 12 students performed their work at the festival. Richards felt that the student showcase was a crucially important part of the festival because it provided opportunities for emerging artists to learn more about the process and potential of solo performance.[3]

The performance program included two well-tested productions by senior practitioners: Rob Mokaraka’s Shot Bro and Jan Bolwell’s Bill Massey’s Tourists. Both have an autobiographical element. Shot Bro was inspired by Mokaraka’s brush with death when he was shot by police during a suicide attempt in 2009. The play deals with Mokaraka’s experiences of depression using dark comedy and an uplifting narrative designed to enlighten and empower audiences. At one point in the play, Mokaraka plays the bullet which shot him, using humor to disarm the potency of his past trauma, to celebrate his survival and to encourage others to escape from cycles of depression. Since its first performance in 2016 Shot Bro has become a polished, award-winning work that is notably effective in addressing mental health issues, frequently performed in schools and prisons as well as theatres. Bill Massey’s Tourists has also toured extensively throughout New Zealand over the past four years. Bolwell’s play tells the story of her grandfather’s experiences during World War One, including surviving the Battle of Passchendaele (1917) where over 800 New Zealand soldiers died in a single day. Using dance, song, narration, and dialogue, Bolwell creates an affectionate portrait of her grandfather and his peers, balancing the horrors of war with a celebration of the human spirit. In the context of the TAHI festival, the personal mana[4] of Mokaraka and Bolwell balanced the freshness of the new work by younger practitioners.

The festival featured two works by prolific playwright Uther Dean. Tiny Deaths was a re-mount of a production first seen in 2015, a collection of monologues dealing with love, sex, and relationships performed by eight female actors (two more than in the original production). Dean’s new work Symmetry was presented as a development season performed by Hannah Banks on a completely bare stage, making excellent use of the architecture of the space itself with simple but precise lighting.  Banks expertly portrayed two contrasting women with the same name and lives, exploring the doubleness of the self, and the contradictory impulses of negative and positive thinking. This sophisticated script deserves further development and more productions. Other productions included Jaime Dörner’s highly physical autoethnographic piece El Macho, exploring contrasting perceptions of masculinity. The abstract nature of Dorner’s piece contrasted with the entertaining storytelling of Moira Fortin, performing The Motorway, a stage adaptation of Julio Cortázar’s 1967 short story The Southern Thruway. The play is an intriguing metaphor for modern existence as an eclectic bunch of people are trapped for days in an apparently limitless traffic jam. Fortin’s performance was highly engaging as she switched between multiple personas with excellent character work and mesmerizing choreography.  A late highlight of the festival for me was Run Rabbit: Unplugged in which Victoria Abbott skillfully exploited the solo form by embodying a range of personas (including a delightfully manifested rabbit). Abbott blends several narratives anchored by the ancient tale of her medieval ancestor Black Agnes, who prepares to defend her castle against invasion by the English. Dressed in a bright red velvet one-piece, Abbott gives a lesson in how to develop and sustain complicity with the audience, engaging us with various methods of audience interaction, surprising us, manipulating her rhythms, freely switching characters and storylines. The result is a gently surrealist work that is both personal and political, with enough ambiguity to allow for a range of interpretations. 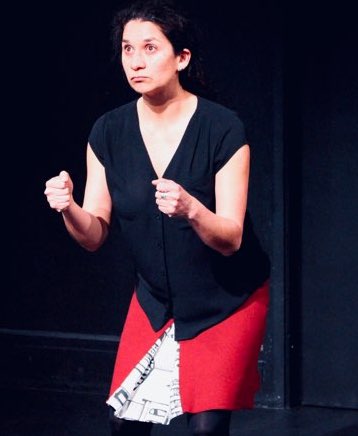 The TAHI festival made an impressive debut and has the potential to grow in the future. The performances and panels effectively showcased the diversity of genre and subject matter, bringing multiple benefits to solo performers in terms of networking and sharing knowledge. One immediate and tangible benefit was that as a direct result of the festival, Rob Mokaraka was invited to perform Shot Bro in Adelaide in November as part of a mental health initiative by Relationships South Australia. The public responded enthusiastically to TAHI and proved again that solo shows can do as well critically and at the box office as any multi-cast production. For Sally Richards, the festival proved that the label “solo” performance is a misnomer: “Throughout TAHI I felt a sense of community coming together. I strongly felt kotahitanga (together as one).”[5] As an audience member over each day of the festival, I also experienced this sense of community, with BATS Theatre humming with activity day and night, the foyer crowded with practitioners and the public discussing the work, making new connections and sharing knowledge. The short, intense time-frame of the festival was a real advantage. By mixing experienced solo actors and directors with beginners from drama schools and university, the festival showcased the breadth of interest and made productive links between the past, present, and future of solo performance

[4] Mana is a Māori word with complex meanings, indicating a person or object with spiritual power and authority, often simply defined as “prestige”. 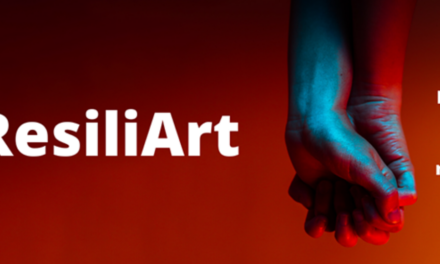