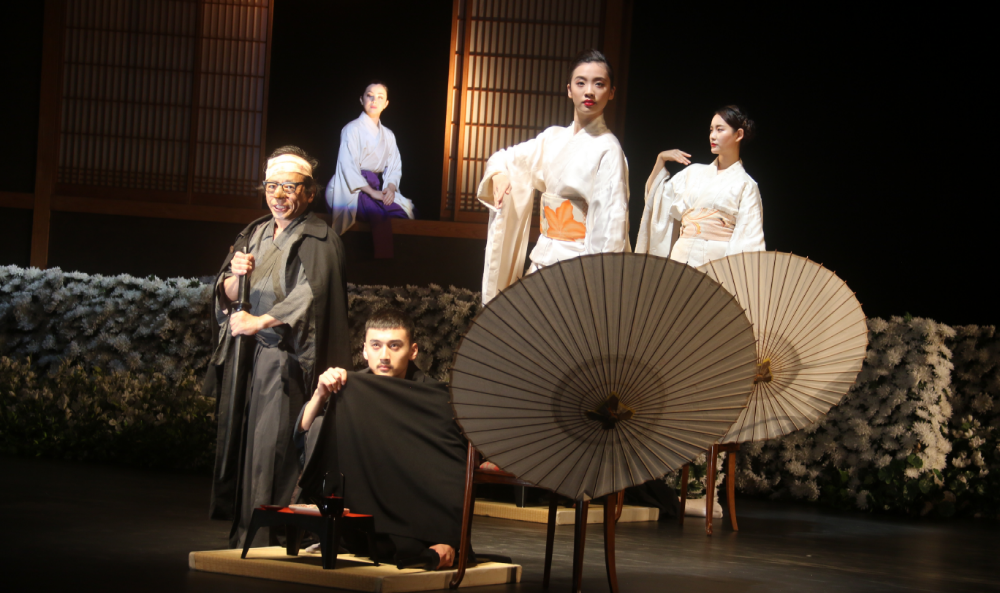 This year is a special one for the Theatre Olympics. For in it’s touring, it is comprised of two mutually enriching parts: for the first time, it is held in two countries – in Russia and in Japan. In Japan, the Theatre Olympics has already ended. It was held from August 23rd to September 23rd, 2019. The Theatre Center created in the mountain village of Toga by famous director Tadashi Suzuki is an attraction for both professionals and theatre-goers from different parts of the globe alike; in addition to this, it also serves as the office of the Tadashi Suzuki SCOT (Suzuki Company of Toga) troupe.

It was a few days before the screening of Cyrano de Bergerac, that it became common knowledge that the director had been awarded the highly coveted Thalia Prize.

The International Association of Theatre Critics (IATC) will present the 2020 Thalia Prize to Tadashi Suzuki of Japan to honor his lifetime of work as the creator and developer of the Suzuki Method for actors, as presented in a series of workshops around the world. The IATC also pays tribute to his written works – especially, Culture Is the Body and On the Dramatic Passions. In addition to this, IATC takes note of Tadashi Suzuki’s work with the Theatre Olympics; especially those done in collaboration with avant-garde artists and personalities from the performing arts world. 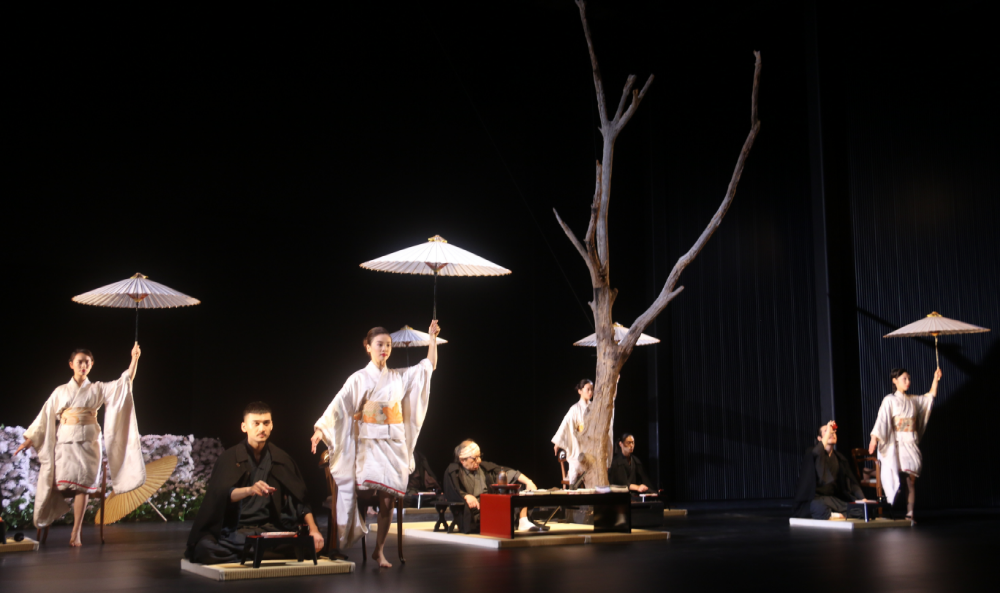 For Suzuki, Edmond Rostand’s epic play is merely a pretext for the show. If in the first moments of the play, the familiar text proves inadequate due to the Japanese scenography, such shortcomings are soon dispelled due to a tremendous performance from a commendable cast that is utterly and unarguably captivating.

Tadashi Suzuki does not seek to decode the text of the play but instead attempts to understand the complex relationships of men and women, East and West, past and present, and the idiosyncrasies of both traditional Japanese music and Italian opera. He does this beautifully and the performance itself, abound with strong Japanese characters, whilst minimalist, manages to capture the attention of the public and pull at their heartstrings. 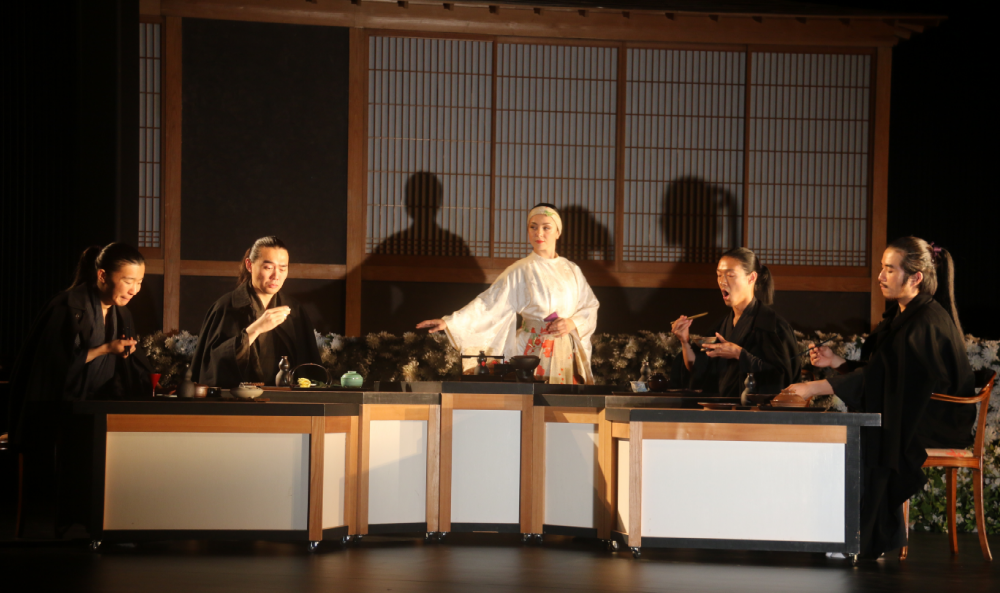 The protagonist of Kyozo is a former samurai who became a writer, who – before dying – writes an autobiographical play. Thus, Cyrano and Kyozo are the same person (Yoshi Takemori), and Roxana and Christian de Neuvillette are both portrayed by Yasuhiro Fujimoto.

Scenes unfold during the last years of the Samurai reign, in the middle of the XIX century, in the era of Meiji Restoration, when Japan began to open up to other countries. Visually, the performance resembles Japanese engravings and the characters gradually reveal their secret meanings to the audience in a performance that seems to beckon all viewers closer toward the stage.

The director tries to combine elements of the Noh and Kabuki theatres with those of modern-day European theatre. Tadashi Suzuki knows how to weave prose and poetry organically, selecting actors from different schools and nationalities and urging them to engross themselves in the play’s complex authorial method and rhythm and re-comprehend their profession by abandoning classically learned techniques.  In this, Tadas somehow manages to uniquely awaken the actor’s internal energy, allowing them to create an extremely powerful performance. 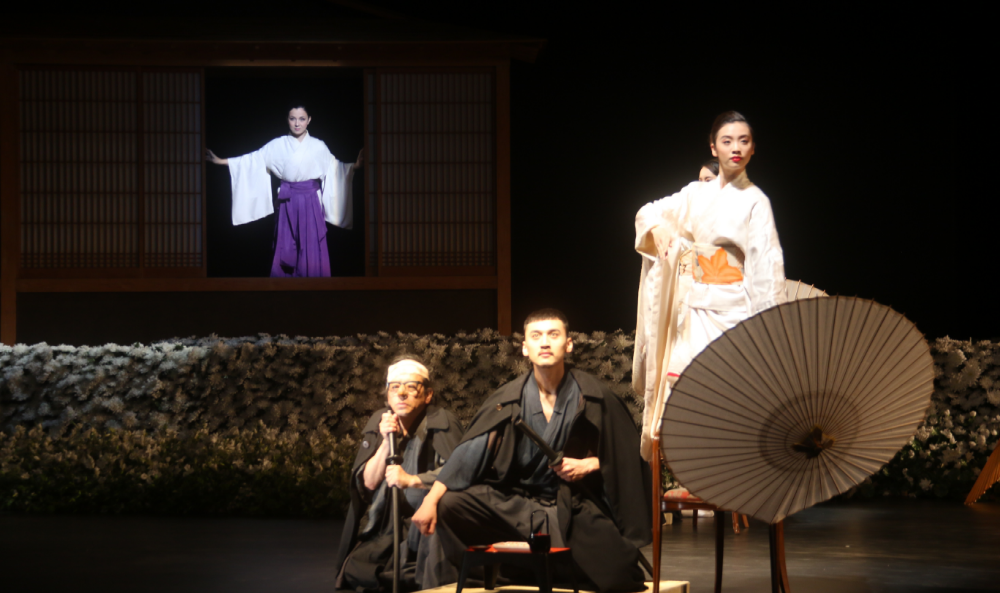 Kimonos, tatami, paper umbrellas, sakura, Japanese tea rooms, and paper screens are in abundance here and Cyrano de Bergerac becomes a play about suppressed desires and unfulfilled dreams, which eventually succeed in tearing the heart to pieces. Especially when watching the act of self-sacrifice by Cyrano / Kyozo, which invites comparison with samurai prowess and explores the importance of self-confidence in choosing the right path in life.

The sharp prose is balanced by the marriage of music and poetry. However, the director pays most attention not to the text, but to the visual symbols, which makes this performance popular with myriad cultures; the theme of impossible love seemingly knows no bounds.

Your customs and your priorities may be very different to those of others, as might well be the case with your country of origin in a much broader sense. Food, religion, and language might also be foreign, and thus may people will always tend to fail to understand one another. But love is love and it is universal, as unfortunately is hatred. Although regardless of differences, people tend to respond similarly to a play that studies the struggle between good and evil, by invariably siding with the good. The playwrights, directors, actors, spectators, all manage to arouse these sentiments at the playhouse. The objective of the actors here is to activate these feelings; to, so to say, unlock the safety catch, in order to allow the collapse of our sensations so that we might take a deeper look at the subject matter.

The themes of love, deception, and non-reciprocal affection are, as it were, duplicated in this performance; for the play of Rostan frames the inner story that Kyozo composes and relays so confidently. The theme of the impossible but desirable is supported by a visual plot regarding the complex relationship of aesthetics of both East and West, which seem to acknowledge one another but never truly intertwine.

The sparse and paradoxically complex lighting of the play succeeds in illuminating both the stage and the modern history of Japan and its relations with the West, which in turn opens up new facets of the classic play and breaths new life into it. Thus, in Tadashi Suzuki’s rendition, East and West do not distance themselves but instead, go about in mutually enriching one another. Tadashi Suzuki convincingly overcomes the autonomy of Japanese theatre tradition, revealing its secrets to the Western world and inviting them both to find more common ground. The artistry of Suzuki really contributes to building bridges between the cultures of East and West and his enlivened and indeed profound take on Cyrano fits in perfectly with the new mantra of the Theatre Olympics; one which is all about breaking down boundaries and connecting with other cultures.