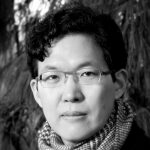 Walter Byongsok Chon is a dramaturg, critic, translator, educator, and theatre scholar from South Korea. He is an Associate Professor of Dramaturgy at Ithaca College in New York, USA. He served as dramaturg at the Yale Repertory Theatre, Yale School of Drama, the Eugene O’Neill Theatre Center, the Great Plains Theater Conference, the Hangar Theatre, the Civic Ensemble, and the New York Musical Festival. He is the co-author of Dramaturgy: The Basics (Routledge, 2023), a practical guidebook in Routledge’s The Basics series. His writings appeared in Theater, Review, Praxis, The Korean National Theatre Magazine, The Korean Theatre Review, Asymptote, The Mercurian, Situations: Cultural Studies in the Asian Context, the volumes The Routledge Companion to Dramaturgy and Diversity, Inclusion, and Representation in Contemporary Dramaturgy: Case Studies from the Field, and the on-line magazine The Theatre Times, for which he is serving as a co-managing editor for South Korea. His produced theatrical translations include Sam-Shik Pai’s Inching Towards Yeolha (Korean to English) and Charles Mee’s True Love (English to Korean). His Korean translation of “A Manifesto for the Future Stage,” developed at MetaLAB (at) Harvard, is published in the 2022 summer issue of The Korean Theatre Journal. He received the 2022 Grant for the Translation of Korean Literary Works from the Daesan Foundation. With this grant, he will translate into English four plays by South Korean playwright Myung-Wha Kim and will complete the translation with dramaturg Anne Hamilton, who will serve as a translation consultant. He has presented at various conferences, including ALTA, ASTR, ATHE, GSA, LMDA, MATC, NeMLA, and PTRS. He taught theatre at WU St. Louis, Yale School of Drama, University of Nebraska Omaha, and Vassar College. Walter received his B.A. in English from Sungkyunkwan University in Korea, M.A. in theatre studies from Washington University in St. Louis, M.F.A. in dramaturgy and dramatic criticism from Yale School of Drama, and D.F.A from Yale School of Drama.

The Legend of The Waitress & The Robber is a collaboration between the Korean theatre...

The Korean theatre company ETS, which is an acronym for Eye To Soul, staged Charles Mee’s Big Love...

Originally, this article was conceived as a section of an extended piece called, “Dramaturgs...

Hansol Jung is a playwright and director from South Korea. Her plays include Wild Goose Dreams (La...

Since my own “debut” in the 2011 Dramaturgy Debut Panel with my dramaturgy work on Yale Repertory...

To read Part I of the series on KPOP, click here. For the article, I spoke with Jason Kim and...

From Feminist to Globalist to Humanist: Intercultural Dramaturgy for Compassionate Action in Danai Gurira’s “Eclipsed”

They were all standing there beautifully, very funkily clad, in jeans and their shoulders and very...

Eunsung Kim is a South Korean playwright and the Director of Dalnara Dongbakkot Company. He was...

On Sunday, May 7, Korean playwright Kim Eunsung’s Sister Mok-Rahn was given a staged reading at...

Walter Byongsok Chon is an assistant professor of dramaturgy and theatre studies at Ithaca...

The article below is one I wrote for the E-Newsletter Hamilton Dramaturgy’s ScriptForward! back in...

Compared to productions of Western or Korean classics, Broadway revivals or original musicals,...

Walter Byongsok Chon is an assistant professor of dramaturgy and theatre studies at Ithaca...