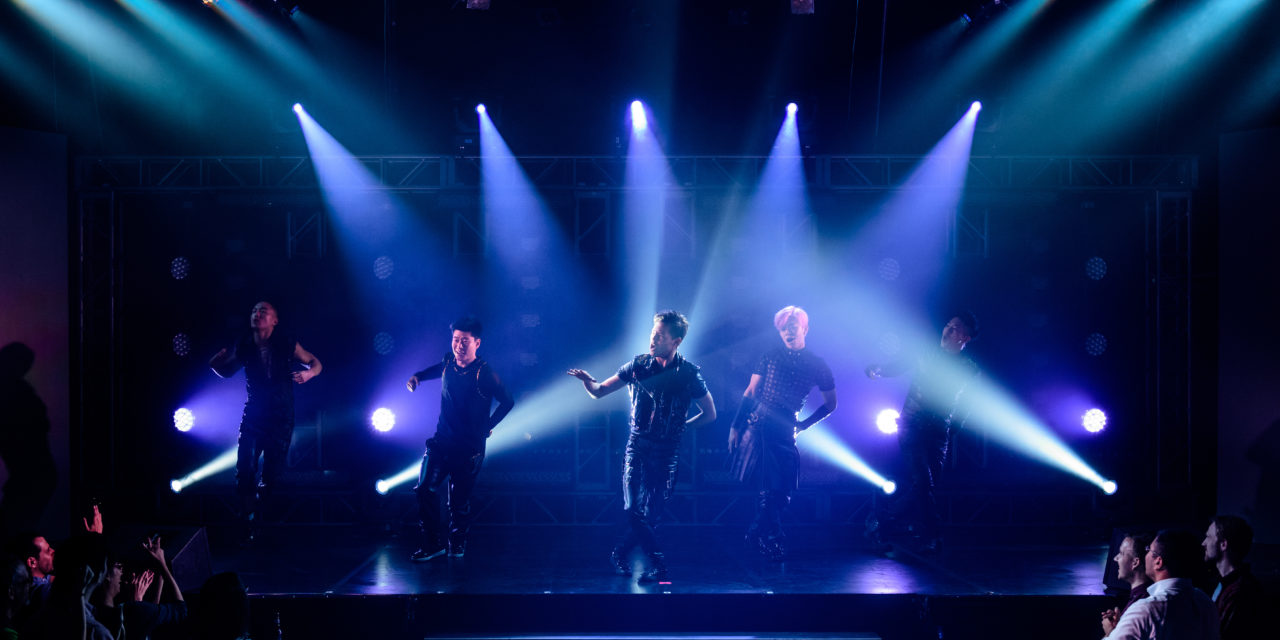 To read Part I of the series on KPOP, click here. For the article, I spoke with Jason Kim and Helen Park. Jason Kim who conceived the piece with Woodshed Collective and wrote the book recalls his inspiration for the piece:

Jason Kim: A few weeks after I moved to the U.S. [at age 11], I opened my lunchbox at my elementary school cafeteria to find a delightful surprise. Kimbap [Korean rice roll]. My mom had packed my favorite dish, something that every Korean child grows up eating. Unable to find any chopsticks, I reached for the roll with my fingers, stuffing one delicious slice after another into my mouth. I must have eaten the entire thing in under a minute. I was too busy devouring the kimbap to notice that the table had grown severely quiet. Everyone was staring at me. And then, they burst into laughter. My English was not good, but I could tell what they were saying: that food is not meant to be eaten with your fingers, that the roll I grew up eating, which I now clutched in my hand, thousands of miles away from home, looked weird, smelled bad, and that I was worth laughing at. I went home that night and screamed at my mom. I told her to never pack kimbap for me ever again. I wrote KPOP because I wanted to apologize to my mother and because I wanted to speak to myself as an 11-year-old. I wanted to tell him about the complex gymnastics of existing outside the norm, how the trauma of abnormality does not have to remain a trauma, but can transform into a triumph, how investigating that trauma instead of running away from it is a worthwhile endeavor.

JASON KIM (Co-Conceiver, Book) is a Korean-born dramatist based in New York City. His work has been presented at The Williamstown Theatre Festival, Ars Nova, Ma-Yi, Keen Company, Naked Angels, The Flea, Kennedy Center for the Performing Arts, Washington National Opera, Fort Worth Opera, Manhattan School of Music, Spoleto Festival, Opera America, and others. He is an IFP-Marcie Bloom Fellow in Film, a Screenwriters Colony Fellow, a Paul & Daisy Soros Fellow for New Americans and a Mark Campbell Chair Librettist Fellow in American Opera Project’s Composers & The Voice. He is a member of the Ma-Yi Writers Lab and Ars Nova’s Uncharted. He is currently Lincoln Center Theater’s Resident Writer. In television, he has written for HBO’s Girls and Fox’s Gracepoint and has adapted The Middlesteins for Showtime. He was recently the Consulting Producer for Love on Netflix. BA Columbia University, MFA New School for Drama. waytooserious.com. 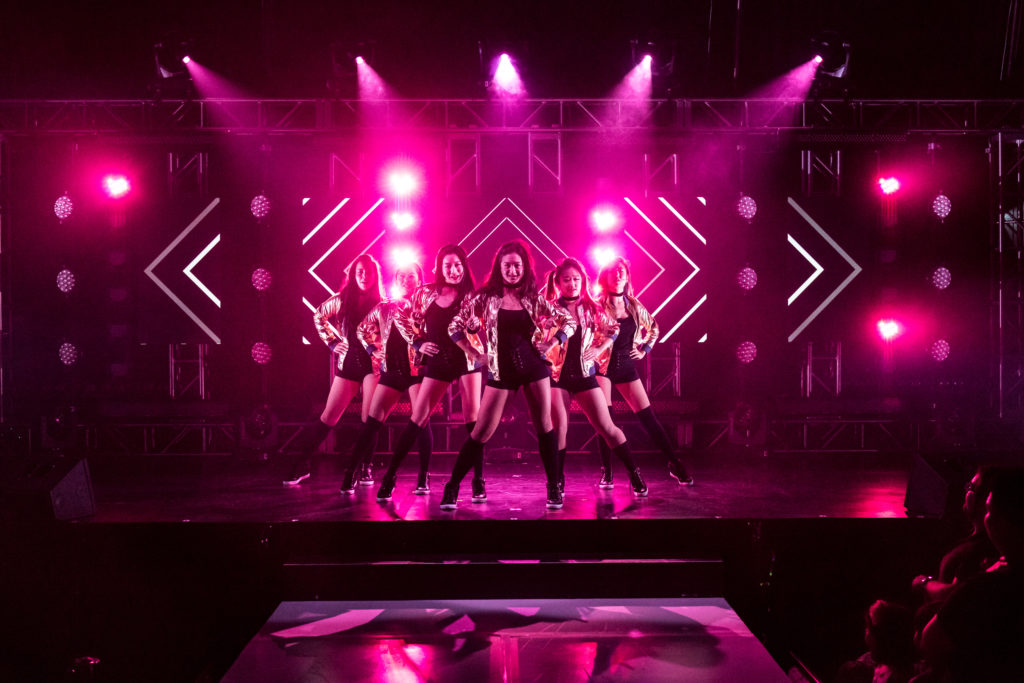 Helen Park, who wrote the music and lyrics with Max Vernon, answered some questions regarding K-pop and KPOP.

Walter Byongsok Chon: How did your involvement with KPOP start? Also, how did you feel at the beginning stage of this project?

Helen Park: Max and I met in grad school–we attended the Graduate Musical Theater Writing Program at NYU. One day while sharing each other’s music in the hallway, I let him hear some of the K-pop tunes I’d written before (one of which is Shopaholic, a song that ended up in our show.) After we graduated, in early 2014, Ars Nova reached out to Max to write music for KPOP. Max remembered me and my KPOP songs and introduced me to Teddy, our director. The rest is history!

In the beginning stage of the project, I didn’t know what to expect. I had never experienced or written an immersive show before, so the whole idea felt crazy and beyond comprehension. But one thing I knew was that we needed some dope Korean pop songs and that we needed to make them as believable global hits as possible. That felt super exciting to me as well as challenging, which is the best combination of emotions when you start working on a show in my opinion.

Chon: What kind of research did you do in preparation for this project?

Park: I have always been a K-pop fan since I was very young. Growing up in Korea, Canada, and the US, K-pop music has always been something like a comfort food to my soul–it felt very much like home to me. So I had a good amount of knowledge in the genre going into this project. However, like American music, K-pop is ever evolving, and I had to do some dissecting and studying the current sound in K-pop and pop in general. I listened to a lot of K-pop music, watched music videos and live performances, to try and understand what the current young generation listen to and are drawn to.

Chon: What was the biggest challenge creating KPOP and putting it on stage? How do you feel the creative team dealt with and overcame these challenges?

Park: The biggest challenge for me was representing K-pop right. The story we were trying to tell was how much Korean people obsess over trying to be “perfect.” And knowing these existing major K-pop labels and their insane amount of training and organized system in incubating world stars, I felt it my responsibility to replicate the quality in the songwriting and music production as best as I could. The last thing I wanted was for people to get the wrong impression about K-pop music, that it’s simply funny or dumb. This required a significant amount of time and effort–learning what producers in the field do and researching what sounds are “current” and constantly watching Youtube tutorials on music production. But I think that was a necessary step in creating this fictional world that is based on an already well-established, popular genre. Another challenge was having the songs bilingual and still have them be interesting and appealing. Most of the audience were non-Koreans, so we had to keep that in mind when writing the show and make sure that even if you understand only a part of the song, you would still understand what the song is about, and feel the emotions coming through it. As I was writing the songs, I realized that the power of pop music transcends language. The music itself can be the universal language. And so a lot of the songs actually became music first. After writing the melody and harmony on a beat and knowing what the music was trying to say, words were put in, some in English and some in Korean.

Chon: What was your relationship with K-pop before KPOP? How familiar or fond of K-pop were you? Also, how did your love for K-pop music change during and after KPOP?

Park: I remember my first K-pop album I ever owned was Roo’Ra (룰라)’s 4th album. Then I fell in love with H.O.T. when they first debuted in 1996, and that was the beginning of some major fangirling over “idol groups” in the following years–Fly to the Sky, S.E.S., god, etc. I also enjoyed a lot of ballad albums by artists like Cho Gyuman, TOY, Kim Dongryul, and Lee Sora. Currently, I enjoy listening to Red Velvet, EXO, and BTS as well as some solo artists like Taeyeon and IU. I think my love for K-pop definitely became stronger after doing this show. In addition to that feeling of love, I feel a deep sense of pride of my mother country and how its K-pop industry is always striving towards better quality music and performance. 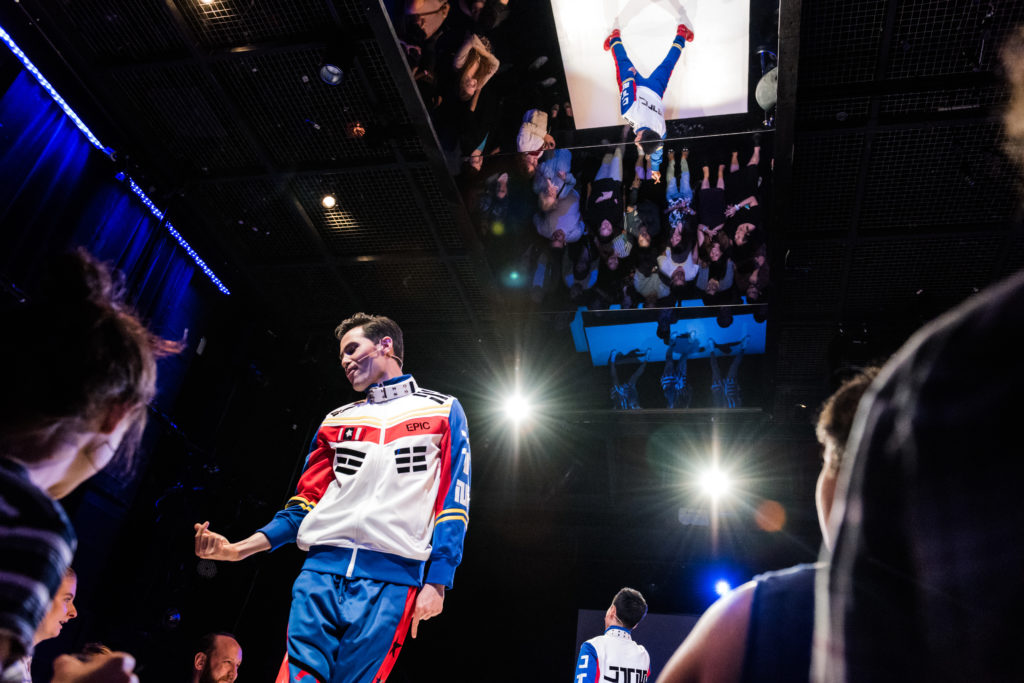 Chon: K-pop music has been getting more recognition all across the US over the past few years, with artists such as Wondergirls (Nobody), Psy (Gangnam Style), Big Bang (Fantastic Baby), 2NE1 (I am the Best), and BoA (Eat You Up) entering the Billboard Chart, and recently with BTS becoming the first Korean band performing at the American Music Awards. How do you feel about the growing popularity of K-pop in the US? How do you see K-pop contributing to the overall pop music scene?

Park: I’m extremely happy and proud of the recent success of BTS in the US. They were just announced one of the 2017 Billboard’s top 10 artists. I think the growing popularity of K-pop bands will enrich and encourage more diversity in the pop music scene, not just in race and ethnicity, but also in language and culture.

Chon: Thank you so much for creating this piece and for taking your time for this interview! 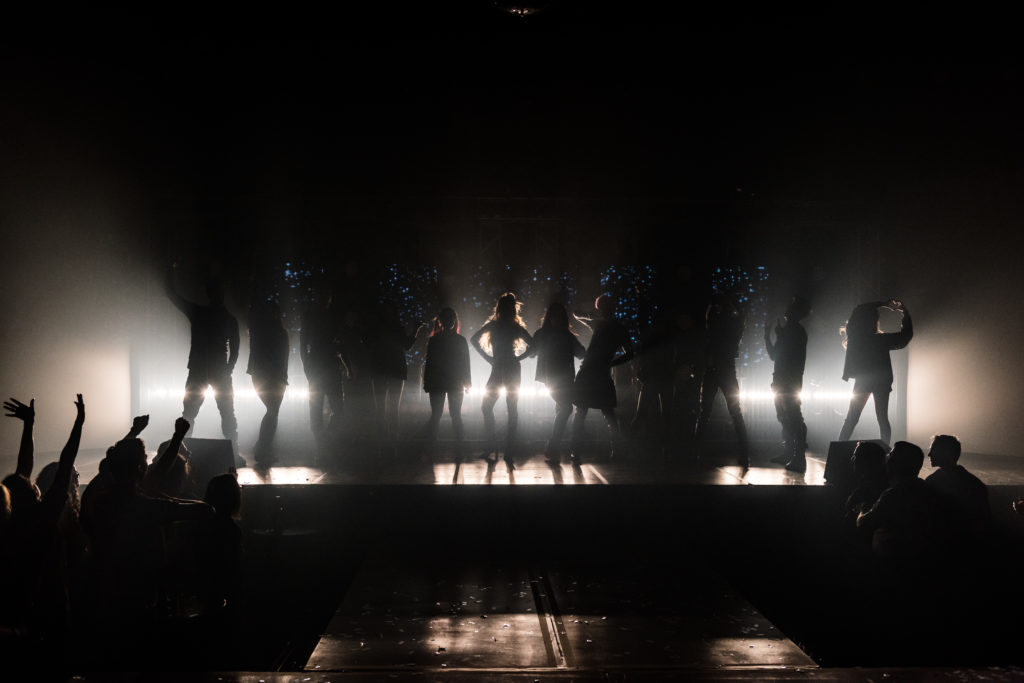 HELEN PARK (Music + Lyrics, Orchestrations, Vocal Arrangements, Music Production) is a composer, arranger, and performer. She wrote music for a full-length musical, The Large Life Of Alice Liddell, which received a reading at NYU. She also wrote a one-act Latin musical comedy, Last Resort, which received readings at NYU and was performed at the Duplex Theater. Helen wrote the one-act musical Baked Goods with lyrics by Christyn Budzyna and book by Charlie Cohen, which was selected as a finalist for the 2016 Sound Bites Festival and was selected winner for the 2017 City Theatre National Award for Short Playwriting Contest. Helen worked as music assistant to composer Tom Kitt on Broadway’s If/Then, The Spongebob Musical and Freaky Friday. Currently, Helen is at work on an adaptation of the screenplay 50 First Dates and an original musical. Helen’s music has been featured at Ars Nova, The Duplex, NYMF, BMI Smoker, Joe’s Pub and 54 Below, among others. Helen is an alumna of NYU’s Graduate Musical Theatre Writing Program and is a member of BMI Lehman Engel Musical Theater Workshop (Advanced). helenparkmusic.com. 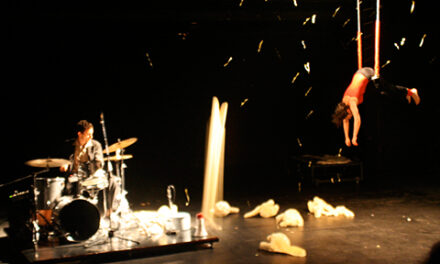 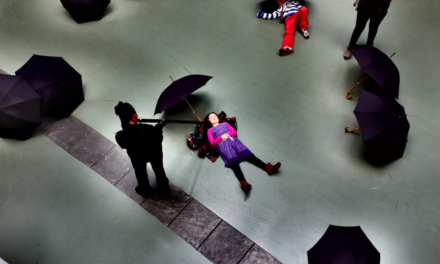