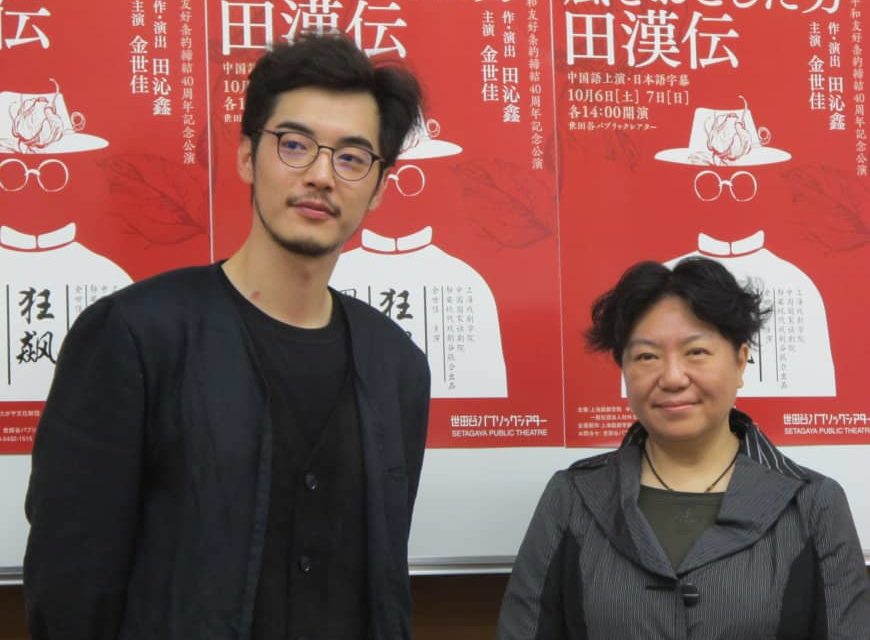 Tale of a Chinese icon: Jin Shijia (left) plays the titular role in "Hurricane — The Life of Tian Han," a contemporary play written and directed by Tian Qinxin (right) about the father of Chinese theater. | NOBUKO TANAKA

There has always been a considerable amount of cultural exchange between China and Japan, but we’ve recently been seeing it take place in new areas like underground music, blockbuster films, and contemporary theater.

On Oct. 6 and 7, Setagaya Public Theatre in Tokyo will present the spoken-word production Hurricane — The Life of Tian Han. Performed by actors from the Shanghai Theatre Academy and directed by Tian Qinxin, who is currently one of the most renowned theater directors in Asia, it will be staged in Japanese and Chinese (with Japanese subtitles).

This critically acclaimed piece traces the rise and fall of its titular hero, a real-life playwright and poet who is known as the father of contemporary drama in China. During a stay in Japan, he befriended such leading advocates of modern theater as Hogetsu Shimamura and Sumako Matsui, and upon his return home, he set his sights on the stage.

The dramatist became a prominent figure in China’s New Culture Movement, but during the Cultural Revolution (1966-76) some of his work fell foul of the authorities. Tian Han was jailed in 1966 and died in prison two years later.

The version of Hurricane that will be performed in Japan is a 2017 rework of the breakthrough piece that Tian Qinxin wrote and presented in 2001. In the current version, she supplements the action on stage with eight cameras used to present multiple simultaneous real-time projections that include CG effects on a backdrop.

“If I were to pick out a particular influence, it would be the English director Katie Mitchell,” Tian tells The Japan Times. “She often uses video projections as well, though she uses recorded images and I use live ones by filming actors on stage and then using software to instantly create new CG pictures that are then projected. As a result, audiences can enjoy the real actors as well as artistically created images of them at the same time.”

Commenting on the production’s popularity with Chinese youth, Shanghai Theatre Academy head Huang Changyong told a media outlet that Tian’s innovative use of technology was one major draw, while another was the way her piece blended that tech with theatrical elements.

“Importantly, it’s (Tian’s) life and spirit of defiance, especially how he dared to break away from old ideas, that has attracted lots of young people,” he said.

One of those youth is Jin Shijia, a graduate of the Shanghai Theatre Academy who will perform the role of Tian Han in Tokyo.

“I learned a lot from Tian Han by playing him,” the 31-year-old says. “In particular, I remember his mantra: ‘Honesty overcomes evil.’ China is growing in many ways, but I believe his morality has never lost its power. That’s why many young people have been amazed by this play and have learned the importance of having a strong mind from his life story.”

This weekend’s stagings also mark the 40th anniversary of the Treaty of Peace and Friendship between Japan and the People’s Republic of China. Luckily, because the playwright was able to visit Japan much earlier than that, theater fans are still reaping the benefits of his experience — with this production hopefully opening the way for much more contemporary theater exchange to follow.

This article originally appeared in TheJapanTimes on October 4, 2018, and has been reposted with permission. 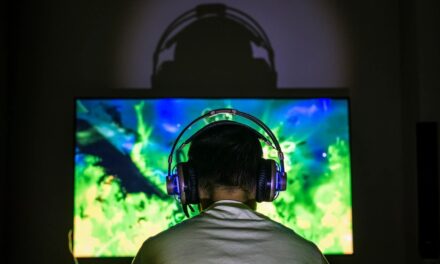 Performativity and Worldmaking: An Interview with Chiel M. Kattenbelt

“The Bloody Poet: A Novel about Nero” at DESIRÉ Central Station