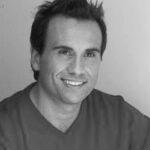 Alexander Nikolaos Fatouros is an artist, writer, and international arts correspondent based in downtown Manhattan at the crossroads of the East Village and NoHo at the culmination of the Bowery. Since 1999, Alex has thrived in the newspaper, publishing, and advertising agency domains. He has freelanced at Lowe Lintas & Partners and Grey Group’s G2 Direct & Digital. From tapping into rich networks to on-site and in-depth fieldwork, Alex is keen on exploring technology as a medium alongside the immersive undercurrents that push and pull at the edges of artistic expression and narrative. As a photographer and contributing writer, Alex has captured events that examined contemporary life in Greece for the book, Modern Greece, which will be published by ABC-CLIO in 2021 under the Understanding Modern Nations imprint. He has authored entries on sports and leisure, art economy, privatization of transportation, shipping, café culture, creative arts, nightlife, food and beverages, language: common expressions, holidays, and festivals. In addition to reporting on new forms of storytelling through the lens of today’s creators for The Theatre Times, Alex is a contributor at other media organizations including the New Buffalo Times, the official newspaper of the "Hamptons of the Midwest," a set of eight towns and a harbor along the woodsy shores of Lake Michigan in southwest Michigan. The locality is a summer playground and rustic upscale getaway for affluent Chicago notables. He was once a window dresser at Lake Effect, a surf shop owned by broadcast legend Steve Dahl and has worked the box office at comedy cabaret, The Second City. From Broadway to West End, Alex has been fortunate to interview high-profile impresarios, musicians, artistic directors, producers, and emerging artists. Alexander has studied art-making and design at the School of the Art Institute of Chicago and marketing at Columbia Business School. He holds a B.A. in general studies from the University of Michigan at Ann Arbor College of Literature, Science, and the Arts, an M.S. from Columbia University in the City of New York, and an M.A. in humanities from The University of Chicago.

An off-Broadway musical about the art of producing a musical and the love of show business “Sesame...

Barcelona Art Scene: “Next to Normal Immersive” at Grec 2022 Festival

Embodying a portfolio of projects, metaLAB (at) Harvard is a think tank spotlighting the networked...

A connoisseur of new art forms and emergent technology, Lance Weiler is a highly sought-after...

Lionizing the vitalness of theatre and creativity, a star-studded virtual reading of a new...

Speaking to humanity across time and space, Archive: This Was the End is an interactive sculpture...

Located in graffiti-laden downtown Manhattan where the East Village and NoHo meet at 47 Great...

Composed by Valgeir Sigurðsson and directed by Sara Martí, Wide Slumber for Lepidopterists is an...

Based on Orson Welles’ 1938 radio play and adapted by Creative Director Steve Wargo,...

The brilliant performance reaffirms its disregard for conventional attitudes and unjustified inequalities—a nod to the social and political context from which the work sprang.