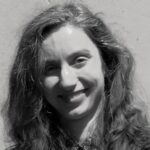 executive director of the iotf

Ilinca Tamara Todoruț believes we can make a better world, and performance has a supportive role to play in that. Her respect for local specificity, admiration of daily resilience, and awareness of global interconnectedness have developed through decades of living, studying, and working in diverse countries, from Norway to the U.S. to China. She now teaches at the Faculty of Theater and Film within Babeș-Bolyai University in Romania. She wrote a book called Christoph Schlingensief’s Realist Theater.

Christina Papagiannouli directs and devises cyberformances on online platforms such as UpStage and...

For the first time in Broadway history, on June 30th 2016, a musical was live streamed: Roundabout...

Theater, Yale’s journal of criticism and performance, launched its special issue on “Digital...