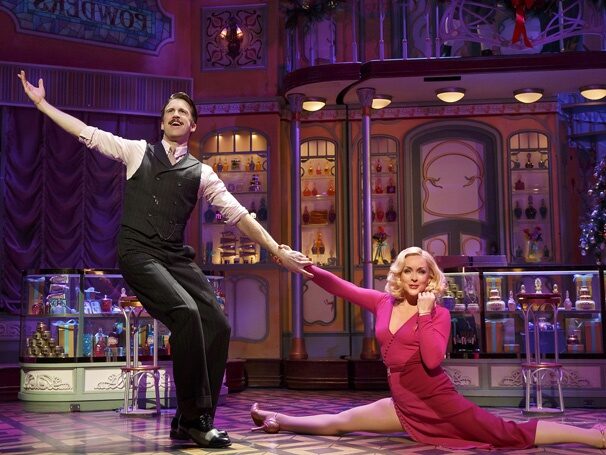 Gavin Creel as Kodaly and Jane Krakowski as Ilona in "She Loves Me." Production photo by Joan Marcus.

For the first time in Broadway history, on June 30th 2016, a musical was live streamed: Roundabout Theatre Company’s She Loves Me, a classical Broadway hit that first opened in 1963. Hamilton, the latest Broadway megahit, is also about to receive the attention of recording cameras. At a press conference on June 16, Lin-Manuel Miranda, creator and star of Hamilton, announced that (not quite the show itself) but a 90-minute Hamilton documentary film will air on PBS on October 17, as part of the “Great Performances” series.

Broadway is beginning to test the waters of live streaming and digital documentation practices that have become prevalent in the theater industry. The Met has been streaming Live in HD opera for ten years to movie theaters around the world. London’s National Theater quickly picked up on the trend, launching NTLive and broadcasting productions since 2009. Other North-American, European, and Asian theater, opera, and ballet companies joined the broadcasting venture. Besides the glamorous live streaming into movie theaters, television networks and especially the Internet (of course) have long offered platforms for live broadcasting of performances. Any independent performance makers can choose to live stream their work for free on sites like HowlRoundTV.

She Loves Me aired live on BroadwayHD, viewable for anybody around the world for the price of $9.99. The online streaming service BroadwayHD launched in 2015, and already live streamed Off-Broadway shows. Why is Broadway so slow in joining the live streaming bandwagon? The New York Times invokes “both financial and philosophical obstacles.” While the nature of these “philosophical”deterrents remains unclear, according to The New York Times, Broadway seems even less clear about “whether any individual broadcast can be profitable. (The Met Opera, the National Theater and the Roundabout are all nonprofits.)”

Broadway’s first experiments with live streaming and digital documentation do not hold the promise that such practices will become common for them anytime soon. The New York Times informs the readers that the recording of She Loves Me will be available for purchase through BroadwayHD’s online library. BroadwayHD underlines the important addendum that “this item will ONLY appear in your library through July 7th.” Speaking about the recording of Hamilton, Miranda’s representatives, as Playbill writes, “confirmed that performances will be filmed in front of a live audience; however, use of the footage in its entirety or otherwise has yet to be determined.” The future of Broadway in the digital world has yet to be determined.

For an in-depth coverage of live streaming She Loves Me, see The New York Times article. Playbill and The Boston Globe covered the news of Hamilton on PBS, here and here. 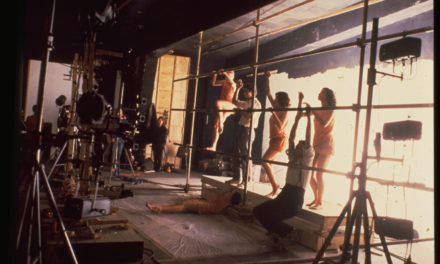