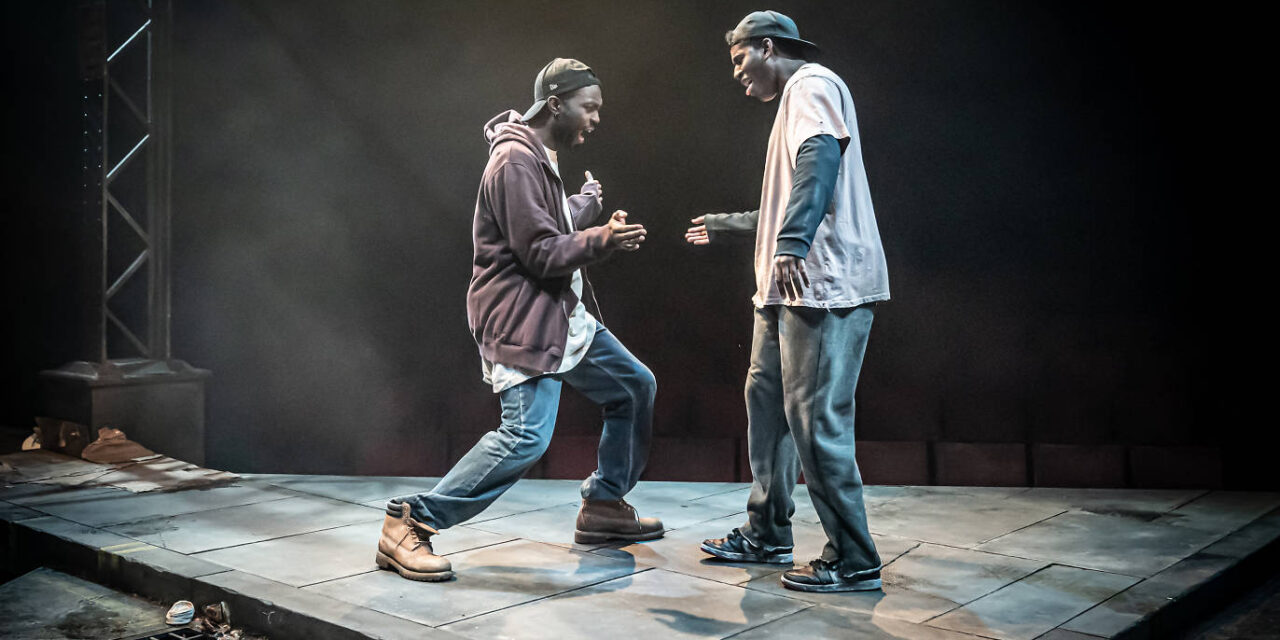 Paapa Essiedu and Gershwyn Eustache Jnr in "Pass Over" at the Kiln Theatre. Photo: Marc Brenner

Antoinette Nwandu’s play Pass Over is a palimpsest. Its outer surface looks familiar: haunted by the ever-present threat of a murderous police force, two black men are paralyzed into inaction at a street curb. But scratch it and you’ll find layers and layers of history that inhabit a larger canvas, stretching from biblical Egypt to the Antebellum South, from Beckett to Suzan-Lori Parks.

Indhu Rubasingham’s confident production at the Kiln Theatre—which marks the 2017 play’s UK premiere—presents us with two men whose brotherly affection and mutual desperation are the two sides of the same coin. Paapa Essiedu’s Moses and Gershwyn Eustache Jnr’s Kitch are both doomed to and blessed with each other. Trapped in Robert Jones’ design of a street corner, they share one goal: to get off this block and pass over. But pass over to where? To the next block? A different life? Or an afterlife?

The indefiniteness of the destination is central to Nwandu’s play, as the men’s plight gradually straddles multiple contexts and encompasses all of these options. Their much-fantasized promised land is variously sketched in opposition to a plantation, a jail, and a ghetto. They imagine it as pure and sweet, “like milk and honey.” Perhaps it’s a place unencumbered by the chiaroscuro of Oliver Fenwick’s lighting or the ominous hum of Ben and Max Ringham’s sound design. One thing is clear: it’s not where they are or when they are.

Both Essiedu and Eustache Jnr are top-notch in their takes on this intriguing pair. Their jumpy, frenetic performances pulsate with a tender heart and a growing darkness. Essiedu’s Moses is the more reserved one, slower in his reactions but capable of unexpected extremities. Eustache Jnr’s Kitch has a childish sense of wonder and honesty about him; he is unafraid to be an open book. With echoes of Vladimir and Estragon, and of Topdog/Underdog’s Lincoln and Booth, they treat each other with a mix of dependence, weariness, and fondness. Their fraternal banter and fighting are punctuated by their fleeting encounters with the police, whom we often don’t see, but whose intrusions are enough to envelop them both in a shiver.

There are other intrusions, too. Sporting a cotton suit, a curious white man named Mister (or Master?) waltzes in on the famished couple and shares with them his food. Alexander Eliot’s gentle performance foregrounds this character’s larger-than-life contours, which are far from innocent or naïve. His saccharine friendliness and absent-mindedness are a cover for something much darker. And before long, that darkness rears its head: “Everything’s mine,” he blurts out in a moment of panic. When Eliot returns to the stage as an abusive police officer, the play’s depiction of white violence gains a more concrete edge, but also throws into relief the unsettling undertones of the previous meeting.

At its heart, though, Pass Over is a two-hander—and one where not much happens for long stretches of time. That’s largely the point: that these black men are agonizingly unable to go anywhere (read: to attain psycho-social mobility, or enact their visions of an alternative present and future) is the root of the play’s critique. That, and the fact that their lives are deemed so cheap, so inconsequential, by the white phantoms hovering around them.

Granted, Pass Over’s allegorical posture and didactic moments may strike one as too direct, too spelled-out. But, at the end of the day, the urgency of its subject matter warrants such openness. This aching, undeniably powerful fable of deferred dreams and suspended lives is a wake-up call against complicity and indifference. It asks us to be all ears, and rightly so. 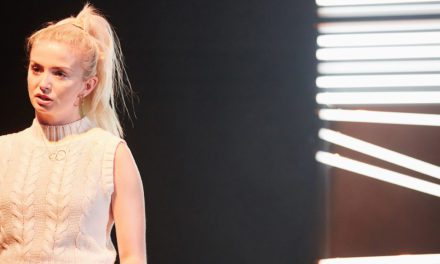 The Current State of Theatre in Wales – A Brief Introduction 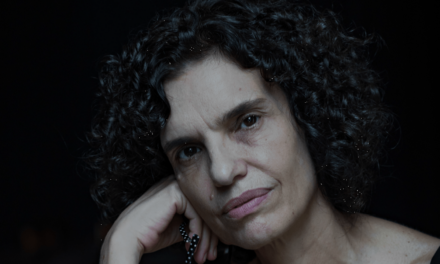