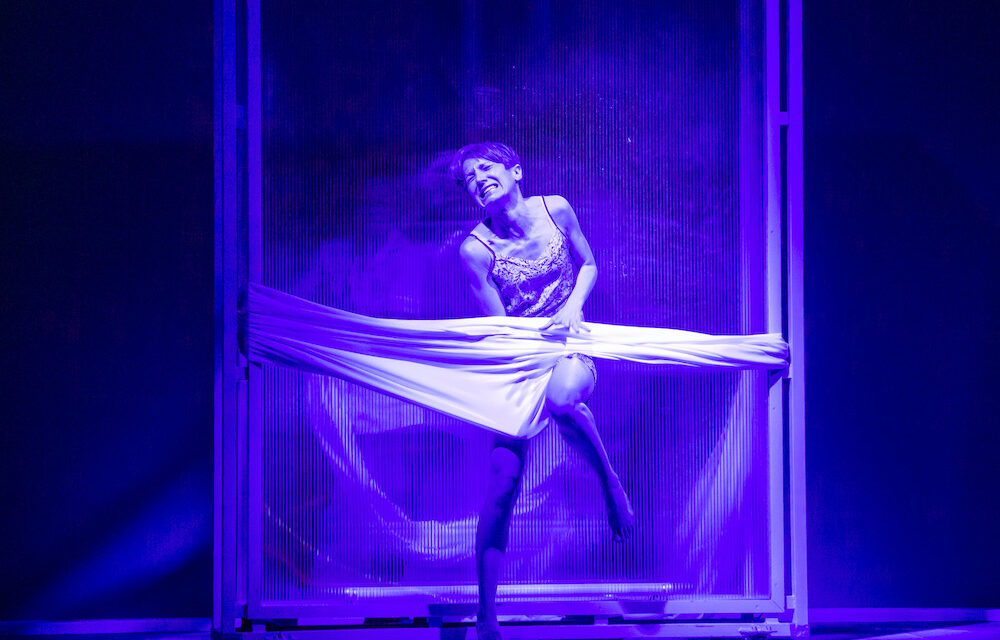 Polly Frame in "I Think We Are Alone." Photo by Tristram Kenton

Once radical theatre companies are increasingly celebrating anniversaries, as if to say, hey, look, we’re still here. Now it’s the turn of Frantic Assembly to mark its 25th anniversary with a new show that has been written by screen-writer Sally Abbott, and is co-directed by Frantic supremo Scott Graham along with actor and director Kathy Burke. As the evocative title, I Think We Are Alone, suggests, this is a rather bittersweet story about loneliness and the human need for connection. True to this company’s reputation, the pervading aesthetic is movement that colors the words, and lighting that moves the colors.

Six characters in the urban jungle that is London: each is isolated and only gradually do we see how their lives are connected. Abbott uses the monologue form to introduce them. There’s Josie, a black mother in her late forties who prefers dogs to people; Ange, a thirtysomething nurse who works in a hospice; and Clare, an HR officer in a big corporation. Gradually, other characters appear: Josie’s son Manny, a second-year student at Cambridge University; Graham, a working-class northerner who works as a black-cab driver; and Bex, a thirtysomething mother who is fighting breast cancer. Each is lonely in their own way.

Clare’s boyfriend leaves her, and she turns increasingly to alcohol as a solution to her feelings of abandonment, while Ange, who is good at her work in the hospice, has too little time of her own to form a steady relationship: she spends her leisure hours at a local nightclub, dropping pills and picking up strangers. Basically, she is deeply upset because she has quarreled with her sister and misses her profoundly. On the other side of town, Josie is mourning the loss of her dog while her son Manny is finding life at Cambridge quite difficult socially: he’s a young black man from a state school and he doesn’t really fit in.

Abbott deftly weaves together these stories—helped by Graham and his cab driving, and Bex with her positive approach to getting healthy again—and some of the connections the characters make are surprising, shocking even. The show has a strong emotional integrity, although I wish the playwright had not used the issue of child abuse as her go-to explanation of trauma. Surely, there are other bad things that happen to people in their childhoods? Still, she carefully integrates the themes of loneliness and death with the more healing elements of connection and generosity to show how each person can reach out and get real human warmth.

In essence, what all of these stories suggest is that we tend to cling onto the bad stuff of our lives—our traumas, our illusions and our narrow points of view—because these selfish attitudes offer security. Even if security is not sweet, at least it is solid. Our bad stuff soothes us. Equally, it is only by going beyond our habitual reactions that we can attain some kind of freedom. So change is often painful, even if also necessary. This is a mature and, in the end, a hopeful message. Each of the characters in the play are finally reconciled to the truth. Unsentimentally.

The main problem with Abbott’s writing is that it is too explicit and too didactic. Instead of allowing us to reach our own conclusions, she can’t resist telling us what to think and how to react. This makes some parts of the show rather predictable, although it does not reduce the impact of the final crucial revelations. On the other hand, the main relationships are very deeply felt and the moments when the characters overcome their deeply held attitudes and reach out to each other are deeply moving. Did you know that “if you hug for longer than twenty seconds you create pheromones—feelgood pheromones.” Indeed, the hugging is great.

Despite the fact that Frantic Assembly’s USP is theatre with dance moves, there is very little physical action in this rather static piece, which, despite the scenes when characters interact, does not manage to overcome the main problem with staged monologues: reliance on a person standing on stage and just talking to the audience. Okay, there are some standout moments of action: a nightclub dance sequence, or the sheet-twisting nightmare of a lonely night in bed. One sequence emphasizes the versatile business of a nurse’s work. But these are rare. The rest of show’s movement features actors shifting large glass panels around: occasionally these suggest the feeling of being trapped, but mainly it just looks like glorified furniture moving. It’s clumsy and ugly.

Nevertheless, in this ambitious touring co-production between Frantic, Theatre Royal Plymouth and the Curve in Leicester, the performances are very good. Chizzy Akudolu has a commanding stage presence as the often humorously down-to-earth Josie, while Charlotte Bate (Ange) and Polly Frame (Clare) offer contrasting accounts of extreme mental pain. Caleb Roberts (Manny), Andrew Turner (Graham) and Simone Saunders (Bex) are equally impressive in what is essentially an ensemble show. But, for an anniversary special, this is a muted version of what Frantic Assembly have, in the past, been capable of.

I Think We Are Alone is at the Theatre Royal Stratford East until March 21. 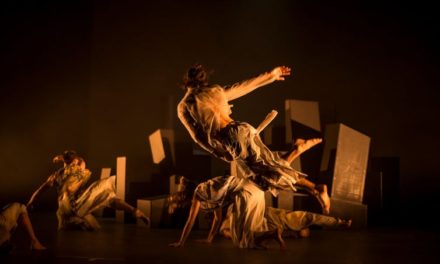 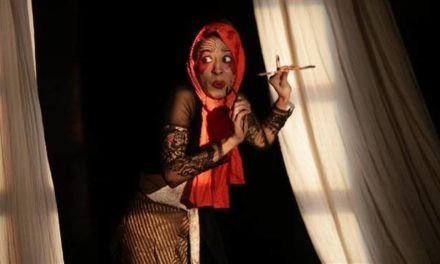