Les Enfants Terribles have a penchant for taking their audiences to distant, fantastic worlds. They took us down the rabbit hole into Wonderland in Alice’s Adventures Underground. Now they have partnered with Historic Royal Palaces to let us into the court of King George II in Kensington Palace at night. Courtiers guide the audience through lavish apartments, stunning galleries, and grand salons. It is a perfect location to summon the ghosts of the past and tell a historic tale in a naturally immersive setting, but it also comes with the risk of turning the experience into a historical tour (such as the ones around Boston or the recreations at the Tower of London). United Queendom walks on the tightwire between these two possibilities: sometimes feeling like a late-night tour of the palace, sometimes taking the audience somewhere unique.

United Queendom aims to be more than just a mere historical recreation. As Director Christa Harris explains in the program, the show reclaims the stories of Queen Caroline and Henrietta Howard in a progressive attempt to give unheard voices the platform they deserve. Even the show aesthetics embody this bold, contemporary take on history: led-sparked wigs, neon make-up, and spoken word rants contrast with the solemnity of the palace. The show lives an inherent dramatic tension with the realism of the space— a thrilling way to signify that we are not in a historic tour but a new perspective into history.

And yet, as I walked from room to room, being told of the brilliant persona of Queen Caroline or the behavior of people in the court, I could not help but feel I was part of a tour— an extraordinary one, but a tour nonetheless. It wasn’t so much the cordoned off areas, reminders of the daily touristic life of the palace, as it was the feeling of not being part of the story. While we were “cast” as guests to a birthday party, most of the time we were not at a celebration. Instead, we were mostly being ushered through the rooms and given history lessons by people in costume. Other than listening and maintaining eye contact, our agency was limited to chanting praise for the queen when prompted, bowing to statues, and awkwardly failing to dance a minuet. It is true that in Alice’s Adventures Underground audiences did not enjoy much agency either. However, that experience was centered around each journey through the world and the competitiveness between suits (the audience was divided into the four card suits). In United Queendom, the show focused on the relationship between Queen Caroline and Henrietta. We did not see much of either; we heard about them.

The history lesson that we received was indeed a fresh perspective on Queen Caroline and Henrietta Howard, but delivered mainly through exposition to an open audience that —most probably— did not have too high stakes (or a strong resistance) to correcting patriarchal notions of the Georgian era. Both Queen Caroline and Henrietta Howard certainly have fascinating stories. But if the goal of the show is to take history from the hands of those who normally get to tell it, we need to see these two women be the exceptional characters of their story instead of relying on courtiers (no matter how woke) to tell us. In other words, why is the Salonniere explaining how Queen Caroline held fascinating discussions about science with illustrious guests such as Isaac Newton when we could see the Queen herself having those discussions? If we want to really, truthfully chant for Queen Caroline, we need to see her in action.

(I am now reminded of how Exit Production’s immersive show Fight Night—performed at the Vaults in 2019—did an excellent job at making the audience root for characters and care about their story by seeing them getting ready for a match, struggle to achieve their goals)

United Queendom shines with potential. The location offers the thrill of being after hours in a royal palace, the expectations of whispers and court intrigue. Queen Caroline and Henrietta Howard bring a captivating tale and Les Enfants Terribles have a relevant lens to approach it and a bold aesthetic to make a memorable event. But I wished I had been part more of an immersive show than of a historical tour.

United Queendom plays at Kensington Palace until 30 March 2020. Tickets are currently sold out for the run. 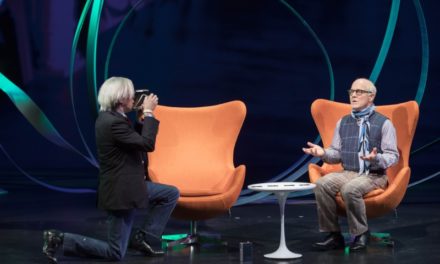