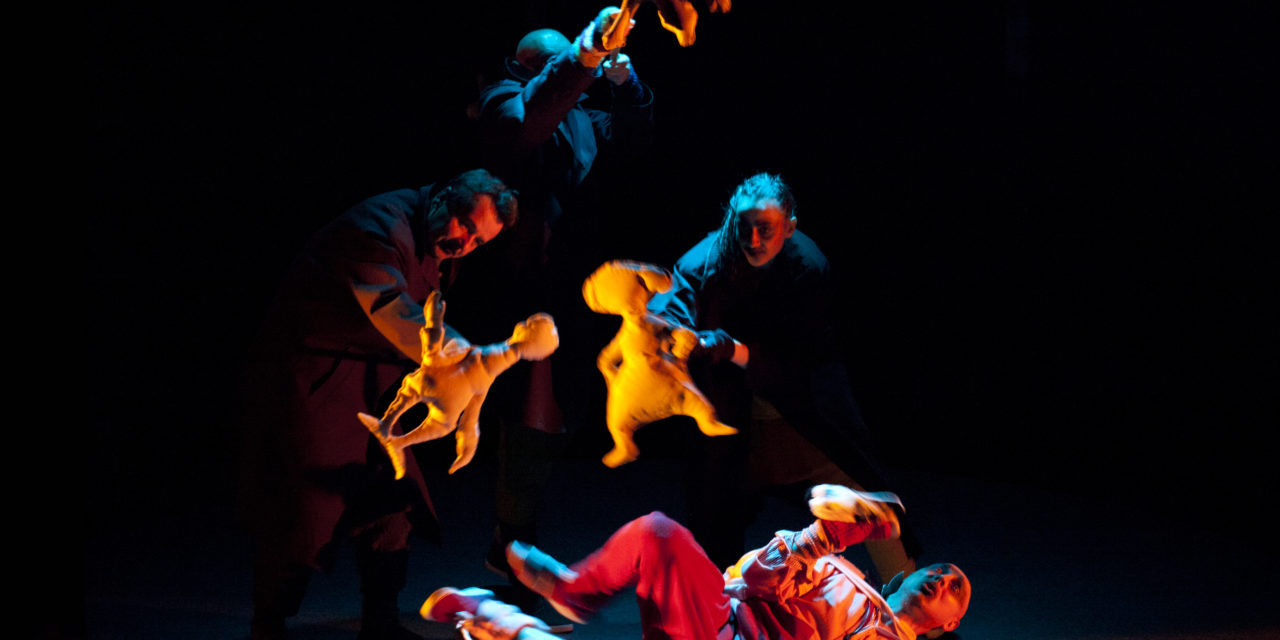 Jakub Krofta is currently the Artistic Director of the Wrocław Puppet Theatre (Wrocławski Teatr Lalek/WTL). Krofta like some other Czech puppetry practitioners working in Poland was invited to Poland by the Lalka Theatre in Warsaw. He came in 2006 to stage Josef Kainar’s Goldilocks (Zlatovláska) as an already experienced director. His career began in 1993, when, as a student of the Theatre Faculty of the Academy of Performing Arts (DAMU), he directed the Spoon River Anthology (Spoonriverská Antologie) for the Dejvice Theatre in Prague. The production was based on the collection of poems by E. L. Masters, under the same title, adapted for the stage by Jakub Krofta and Marek Zákostelecký; it remained in the theatre’s repertoire until May 1997.

By the time Jakub Krofta came to Poland, he had already directed his original–and perhaps his best known internationally–production Everything Flies That Has Wings (Všechno Lítá, Co Peří Má), presented in English as The Flying Babies (2000). The production, aimed at audiences three years old and above, tells the story (without words) of three infants looking for their balloon. To date, The Flying Babies has had more than six hundred performances. The production has travelled around the world, including to Scotland (2003, Royal Lyceum, Edinburgh, and Eden Court Theatre, Inverness), England (2005, The Junction, Cambridge), Australia (2004, Windmill Performing Arts Season, Adelaide), and Italy (2014, International Festival of Theatre and Culture for Early Childhood, Bologna). The Flying Babies was awarded prizes at international festivals in Poland and Slovenia. In 2008 Jakub Krofta became the Artistic Director of Drak Theatre.

In 2010 Krofta returned to Warsaw to direct Everything Flies That Has Wings (Wszystko Lata, Co Ma Skrzydła), based on The Flying Babies, for the Puppet Theatre Gulliver [Teatr Guliwer] in Warsaw. His third theatrical collaboration with Poland brought him back to the Lalka Theatre and the 1975 Janošik project which involved the Drak Theatre and Jakub’s father Josef Krofta. As Jakub Krofta recalls, he and Ondrej Spišak–the Artistic Director of the Karol Spišak Old Theatre in Nitra (Stare divadlo Karola Spišaka)–were inspired by the 1975 project. They approached the Lalka Theatre and the Polish director Łukasz Kłos with the idea for a Czech-Polish-Slovak production performed by a multinational cast (Krofta 2014). Janošik, Janosik, Janošik used the legend of Janošik (to put it very simply, a Slovak-Polish-Czech Robin Hood) to explore national myths and stereotypes. Janošik, Janosik, Janošik premiered in Terchova (the birthplace of the historic Janošik) in April 2010 and was performed in Poland, Slovakia, and the Czech Republic (Krofta 2014). 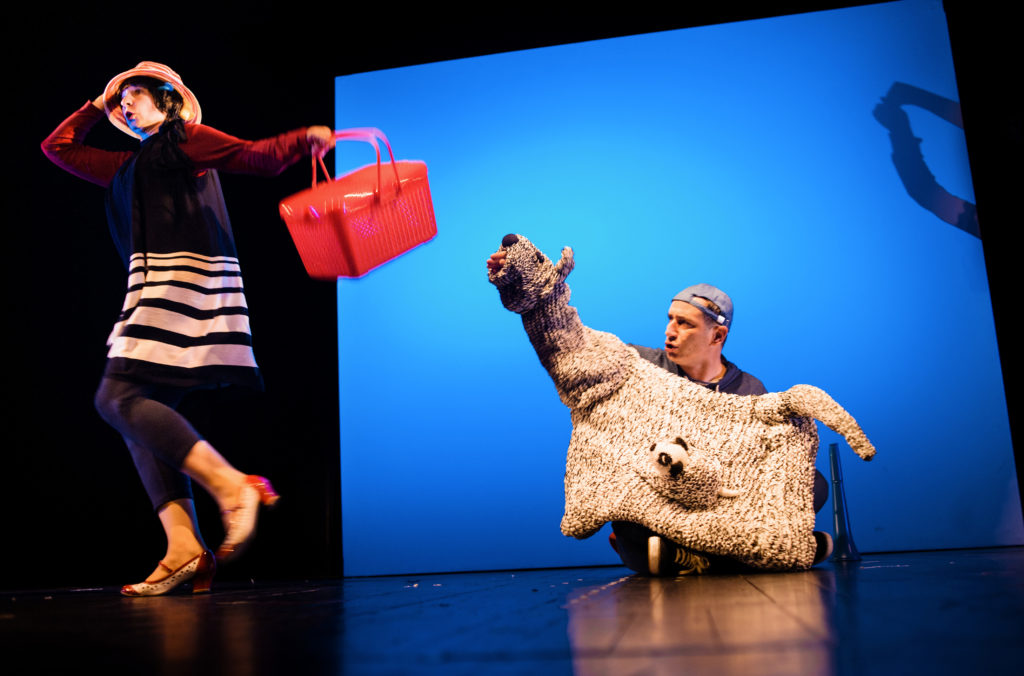 Daszeńka, Czyli Zywot Szczeniaka [Dashenka, Or The Life Of A Puppy], dir. by Jakub Krofta; Teatr Lalka in Warsaw, at the front: Aneta Harasimczuk (Mother/Lady with a Basket); at the back: Mother Dog Iris, Puppy Daszeńka, and Piotr Tworek (Son). Photograph by Bartek Warzecha.

Collaborations with the Lalka Theatre led to another production: Dashenka, Or The Life Of A Puppy (Daszeńka Czyli Zywot Szczeniaka), which premiered in May 2011. A year later, Jakub Krofta was named the new Artistic Director of the Wrocław Puppet Theatre (Wrocławski Teatr Lalek/WTL). During the summer of 2012, he directed Madame by Antoni Libera (adapted for the stage by Maria Wojtyszko), for the Dramatyczny Theatre in Warsaw. His staging of Wojtyszko’s Pacan–A Story About Love (Pacan–Historia O Miłości) was Krofta’s first production as Artistic Director of the WTL; it premiered in November 2012.

The three shows mark Krofta’s increasing engagement with Polish audiences–and young audiences in particular–not only in terms of aesthetics and entertainment but also in terms of social discussions. Madame translated the everyday reality of communist Poland for Polish teenagers (Czajkowska 2012). Theatrical explorations of human-animal relationships in Daszeńka and Pacan were respectively aimed at spectators who were at least four years old and eight years old.

The two productions built on theatrical aesthetics, and, in particular, the complex aesthetics of puppet theatre, to activate the imaginations of audience members; this facilitates social and political possibilities of co-presence between the puppets, the actors, and the spectators. Daszeńka and Pacan translated the idea of puppet-puppeteer co-presence into human-animal relations. Using his, arguably inherently “Czech,” techniques Krofta started placing a stepping stone towards “a democratic community” in Poland that did not consider humans only but respected and embraced all life–which is in accordance with Greta Gaard’s definition of ecopedagogy (Gaard 2009, 334). Both performances showed the possibilities of co-presence between puppets, actors, and spectators to create and explore respectful and equal relations between diverse groups. Thus, in a broader sense, they pointed towards the theatrical and educational potential and importance of puppet theatre in a globalized world.

The project continues: under Krofta, the Wrocław Puppet Theatre is not afraid to engage its audiences of various ages in difficult discussions. In 2013, Jarosław Kilian directed What Does A Crocodile Eat For His Dinner? (Co Krokodyl Jada Na Obiad?). The production, aimed at audiences five years old and above, explored again relationships between humans and animals. Another 2013 production was the eco-feminist Socks And Curl-papers (Skarpety I Papiloty), by Julia Holewińska, one of the most renowned twenty-first-century Polish playwrights, who was commissioned by the WTL to write it. Tomasz Man directed this play for four-year-olds and above; it was about a family of foxes, whose mother decides to go back to work. In 2014 Jakub Krofta directed Sam, Or Preparation For Family Life (Sam, Czyli Przygotowanie Do Zycia w Rodzinie), written by Maria Wojtyszko. The production, advertised for thirteen-year-olds and above, explored, amongst other issues, divorce, religion, and various aspects of parenthood (including abortion and in-vitro fertilization) (Piekarska 2011). Sam received a prestigious award for the best production in the Twentieth National Competition for Staging Contemporary Polish Plays; the jury chose Sam over productions from theatres such as Helena Modjeska’s National Old Theatre (Teatr Stary) from Cracow.

In 2017, the Wrocław Puppet Theatre repeated this success when Jakub Krofta received a special award for promoting Polish contemporary plays at the National Competition for Staging Contemporary Polish Plays. The theatre had two plays in the final: Yemaya–The Queen Of Seas [Yemaya –Królowa Mórz], by Małgorzata Sikorska-Miszczuk, and Heaven Hell [Piekło Niebo], by Maria Wojtyszko. The former (directed by Martyna Majewska) introduced the refugee crisis to children six years old and above, and the latter (directed by Krofta), aimed at seven-year-olds and above, focused on a child dealing with a death of a mother and a mother dealing with dying and leaving her child behind.

Despite its focus on contemporary drama, the theatre does not forget about the classics. An example is its recent premiere of William Shakespeare’s The Tempest. The dramaturg Elżbieta Chowaniec and director Marek Zákostelecký set the play in space and aimed it at children at least six years old. The theatre also caters to teenage and adult audiences. Inquiries About Sex Life (Z Docieków Nad Zyciem Płciowem), directed by Paweł Aigner for adult audiences in 2013, was about sex and language. The 2015 multi-awarded In The Middle Of Sun, Ash Gathers (W Srodku Słońca Gromadzi Się Popiół), written by Artur Pałyga and directed by Agata Kucińska, looked for sense in a tragedy and death.

The 2016, Pomnik [The Monument] was an adaptation of Mariusz Szczygieł’s documentary about the history of Joseph Stalin’s monument in Prague. During the building of this monument, several builders were killed and its designer committed suicide. The dramaturg Elżbieta Chowaniec and the Czech director Jiří Havelka explored the enslavements of individuals by authorities and questioned the point of erecting physical and metaphorical monuments.

Actors at the Wrocław Puppetry Theatre 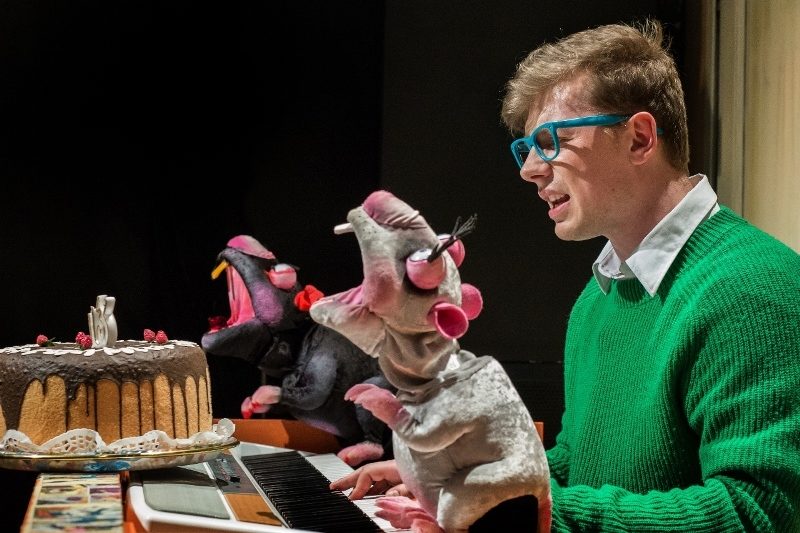 Krofta’s project is supported by the skills of his multitalented actor-puppeteers, who are co-creators of the productions. Agata Kucińska, Tomasz Maśląkowski, and Radosław Kasiukiewicz are also talented directors. Grzegorz Mazoń composes music for theatres (not only in Wrocław). Many of the actors have a PhD or gained a professorship and lecture at the Puppetry Department of the Academy of Theatrical Arts (AST) in Wrocław. At the same time, they are prepared to coexist between various roles and accept the part they play within the larger aim of the production with humility. Together they combine their skills and imagination to explore the possibilities of puppetry and to challenge their audience with difficult topics. This is what theatre is all about! Long may that last.

Reprinted with permission from **Theatralia/Yorick**, the editors, and the author. 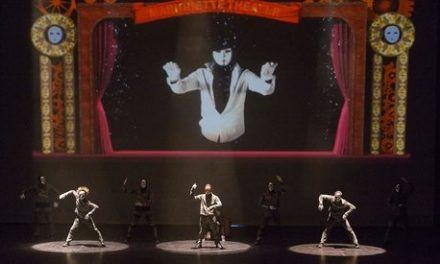 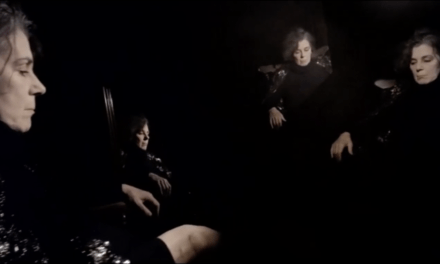