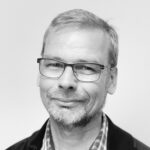 Vassili received BA and MA in History and Archival Studies from the Russian State University for the Humanities in Moscow, and PhD in Modern Jewish History from Brandeis University in Boston. He teaches and studies a variety of topics related to cultural history of Russian Jews from the eighteenth to the twentieth century including Soviet Yiddish culture and theater. Vassili taught at several major universities across Russia, United States, and Canada. Currently, he is Alfred and Isabel Bader Post-Doctoral Fellow in Jewish History and Coordinator of the Russian and East European Studies Network at Queen’s University in Canada. Vassili regularly appears in Russian-language media, speaking as an expert in Jewish history and culture on TV shows at RTVi channel in Toronto and RTN station in New York, and contributing to art and culture portals, such as Colta.ru. His Introduction to Jewish History video course, designed for general Russian-speaking public, is available on educational portal Lektorium.ru. Vassili’s current project is a biography of Solomon Mikhoels, the brightest star of Soviet Yiddish theater and a virtual symbol of Russian Jewish culture. This project situated at the intersection of academic scholarship and theatrical performance, of archival research and playwriting. Thus the making of a biographical book about Mikhoels includes creative collaboration with theatrical collectives, such as Steps Theatre in New York, Nos Theatre in Toronto, and Granovskii Theater in Moscow.

Russian Theater Beyond Time and Place. On the 25th Anniversary of the STEPS Theatre

“Time means nothing. That is, it does, but not in the way we think,” says Joseph, the protagonist...

“All the world’s a stage,” says a character in William Shakespeare’s “As You Like It.” “Life...

Why do we still remember theater that became history many decades ago? How do we remember plays...

My family is not Jewish and therefore I never celebrated Jewish holidays at home. However, I have...

Solomon Mikhoels, the beloved star of the Soviet Yiddish theater, was once asked how long he...

Solomon Mikhoels, one of the founders and greatest stars of the Soviet Yiddish theater, wrote in...