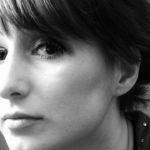 Irina Yakubovskaya (PhD, Tufts University) is a multidisciplinary cross-cultural artist and educator. She teaches various acting and interdisciplinary humanities courses. Originally from Saratov, Russia, she studied French, Spanish, literature, translation, pedagogy, and culture. After working as a journalist on television and in magazines, translating for international projects and events, and serving as an assistant in theatre and cinema, she resumed her academic career in the United States. Irina has an Interdisciplinary Master's degree in Cultures, Literatures, and Theatre from Colorado State University. Her research interests include multicultural theatre, disability and performance, acting pedagogy, adaptation, and directing.

This native Bostonian theatre production is listed in the Guinness Book of World Records as the...

It has been nearly 25 years since RENT opened on Broadway, redefining the landscape of American...

Laurence Senelick, Fletcher Professor of Drama and Oratory Emeritus, is a theatre historian...

A train may no longer be the most novel mode of transportation, and yet it remains a powerful...

To audiences around the world, Cirque du Soleil is a must-see entertainment with mesmerizing...

Established in 1997 by Leese Walker, the Strike Anywhere Performance Ensemble is an...

The weekend of February 21-24 provided the audiences of the Paramount Center (Boston) with a...

Ayesha Jordan and Justin Hicks have been collaborators for many years. Their work transcends...

ArtsEmerson is honored to host the New England premiere of When Angels Fall, a riveting tale of...

Kryssi Jeaux Miller is a young woman full of surprises. Kryssi wears many hats: she performs,...

Ellen Pearlman is a New York based media artist, curator, writer, critic, and educator. She holds...