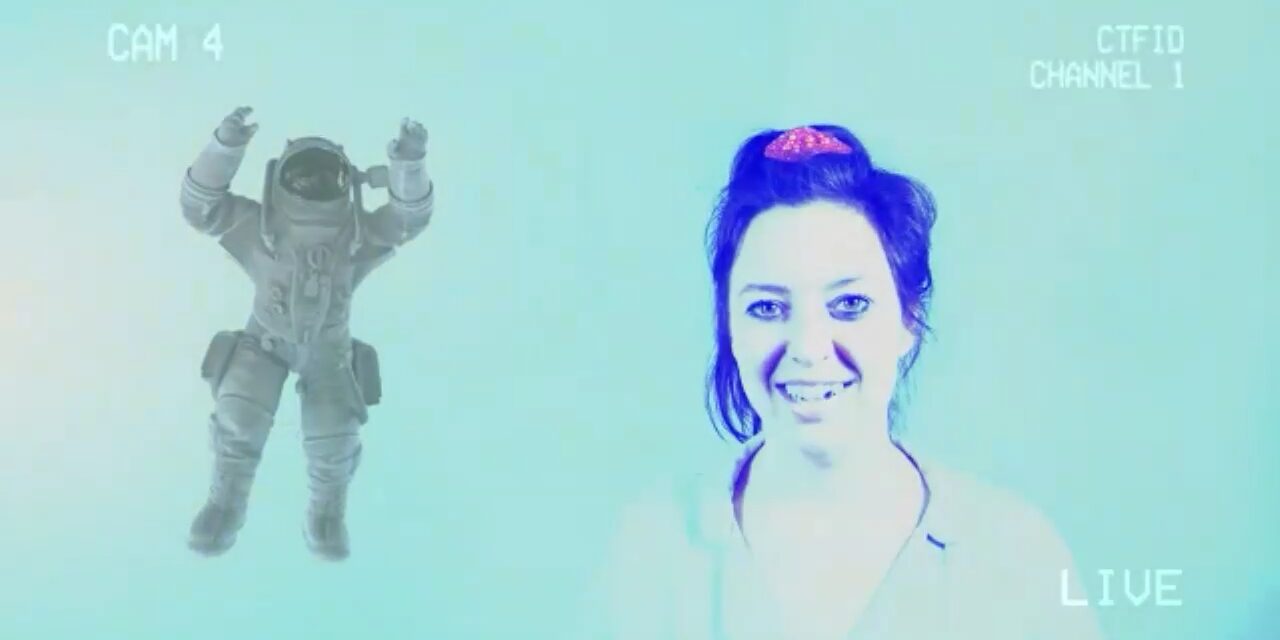 Creating live theatre performance during the COVID-19 pandemic is tremendously complicated. At Arlekin Players Theatre, a resilient Needham-based Massachusetts theatre company with Russian roots, challenges are turned into opportunities, as Igor Golyak and Darya Denisova extend the run of their interactive online production of State vs Natasha Banina.

The live, theatre art experiment State vs Natasha Banina is based on Yaroslava Pulinovich’s Natasha’s Dream and is directed by Igor Golyak.  The creative team includes an animation by Anton Lakhontov, video by Igor Golyak, and music composed by Vadim Khrapatchev. Darya Denisova, the Arlekin company member, plays a girl who shares the story of her life in a small-town orphanage, and her desire to break free from her world. From the inside of a “ZOOM” courtroom, she makes twists and turns through her unique appeal to audience members as the jurors in deciding her fate.  The production has been successfully performed to Zoom audiences in 35 US states and across the Globe in Argentina, Barbados, Brazil, Canada, China, Columbia, Egypt, England, France, Mexico, the Philippines, and Russia. The production was recently listed among the New York Times’ Critics Picks. Golyak and Denisova each received 2020 Elliot Norton Awards from the Boston Theater Critics Association for Outstanding Direction and Outstanding Actress, respectively. Performances are streamed via ArtsEmerson and take place online via the Zoom platform.

Each performance also offers a post-show discussion with the artists.

Irina Yakubovskaya: How do you keep finding the energy to do theatre in our pandemic-ridden world?

Darya Denisova: That’s the only thing I have the energy for, this energy generates by itself.

Igor Golyak: Same for me. Theatre is the only thing that is exciting and that keeps us going. It is self-generated energy, something we can not do, and it gives us energy back.

IY: When and how do you think live theatre should return?

IG: First, it should return only when it is safe. Artistically, it should return in a different way from how it existed before. Online communications have become more standard, and it should be reflected in live theatre. I don’t know how yet, but the world has changed, and theatre must express the moment.

This pandemic affects theatre like any other world cataclysmic event. After WWII, there was a new way of perceiving drama and life, and it changed the dramaturgy of the world. I think the most important thing is – people stay current with what’s happening and not go back to things as usual. The world is changing on us, and maybe that is what theatre will be about – how we adapt to the changes, how futile our existence is.

IY: Do you feel like American theatre could learn about adaptability and thriving during challenging times from Russian theatre?

IG: It definitely should [learn], but not only from Russian but from European theatre. I am not the lead representative of it, but I think that European theatre is more up to date, and there are young people in the audience. American theatre is a different story.

IY: Why and how did you create Arlekin Players Theatre?

IG: We created it because initially, it was just a theatre studio where people took theatre classes. Later it developed into a company. This is an immigrant theatre, and immigrants are about adapting, finding a common language, finding ourselves in a new society. Through theatre expressing that language and being understood is a very important part of being an immigrant. The first time we did Natasha’s Dream in English, we presented it at the New Repertory Theatre in Watertown. In the show, Darya’s character falls in love with a reporter after he writes about her in the newspaper. He gives her a newspaper with her name on it, and it is not a realistic newspaper, but a bouquet of roses made of that newspaper. She reads it, petal by petal. For us, it made sense. When I came out of the theatre after the show, I heard audience members wondering why they saw roses while in the script it said it was a newspaper. At that moment, I thought that American audiences would never understand my immigrant theatre language. Jumping five years ahead, to the NYT’s critics’ pick, my outlook is more positive.

We went to a theatre festival in Armenia, and there were hundreds of young people in the audience. They were going wild; they were responding to all these little ideas. It is hard to find such an audience in the US because the old-school audiences expect literal interpretations. The play is not an instructions manual, but a director’s dialogue with the author. Theatre is not secondary to literature; it is its own art form.  Theatre has to change, to adapt, to evolve past what it was seventy years ago. It must look for new forms. I had an argument with a student who asked why we were using an experimental style in staging a traditional play. [Within that expectation,] traditional theatre is the theatre of the 1950s. If it is real, live theatre, it has to be experimental, otherwise, it’s not alive, but dead theatre, and it doesn’t speak to anyone. If theatre adapts and changes just like immigrants do, we will have younger audiences.

IY: Without spoiling anything, what can you tell us about the upcoming production of State vs Natasha Banina?

DD: It is a monologue of a sixteen-year-old girl from a Russian orphanage. She shares her story, she opens up her heart and soul, and at some point, the audience members realize that they are the jurors, and her fate is up to them. She tells everything with some unexpected turns and surprises.

IY: Why this story, and why now?

IG: The story made sense for our theatre because the world that Natasha lives in is completely different from the world that we live in. However, we judge her from our world, from our perspective, and pass judgment and a verdict on her. For immigrant theatre, it hits very close to home. We are from a different world, from a world that does not exist anymore. Many [of those characters] are from the Soviet Union. Unfortunately, we saw Nu, Pogodi! when we were growing up, and it had a big influence on our upbringing. We had our own, different version of Winnie the Pooh. That forever puts a stamp on how we grew up, and how we perceive the world. Just like Natasha, we are learning to adapt. Secondly, it is a story about a system that fails a young person. That is a very relevant story in today’s world where systems fail young people, people of color, underrepresented people. It hits home, even though it is a story from a faraway land. As for the live online format, I believe that, while it will never replace live theatre, it provides a new more accessible collaborative form of theatre. If your approach to theatre is [rooted in] adapting to new spaces and seeing possibilities in change, it will work in a virtual environment.

This interview has been edited for clarity. 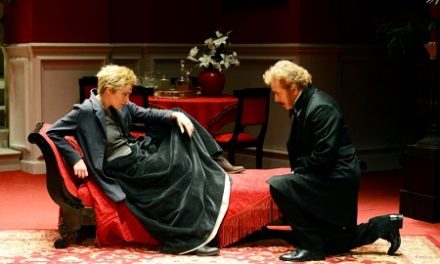