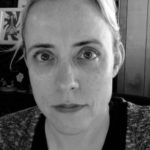 Okay, my global theatre friends, we admit it – we here in Los Angeles have been missing...

Mr. D’Alcala: If the time ever comes when your kind can walk a city street in daylight with...

’Tis the season for holiday-inspired and joy-infused entertainment and Ruskin Group Theatre Co. in...

“We are moving in the right direction, we cannot go back – There won’t be more camps, more...

“What can we do to break down the myths and stereotypes of Thanksgiving in forty-five minutes with...

Founded in 2018, BoomStick Theater has focused its mission statement on providing a platform for...

If you live in Los Angeles or plan to be in town some weekend through October 27th, it cannot be...

“Das Boot – on a boat.” The Center Theatre Group presents a particularly...

Incest, attempted murder, attempted rape, and a family desperately seeking out a better life only...

“Yes, my hometown is so dear to me that I would rather ruin it than see it flourishing upon a...

The world premiere of a new play in North Hollywood opens old wounds for one man on his 50th...

“Oh, one wants to come to some arrangement, does one?  You don’t get more shameless than that.  He...

If you are in Los Angeles and find yourself in need of a good laugh, Center Theatre Group has you...

Tucked in the middle of one of Los Angeles’ many canyons, Will Geer’s Theatricum Botanicum...

Somewhere along a wooded trail in the middle of Connecticut, something wonderful happened –...