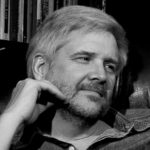 Donald Brown, the nonfiction editor and online theater critic for the New Haven Review, is a member of the Connecticut Critics Circle. He holds a Ph.D. in Comparative Literature from Princeton University, where he studied as a Mellon Fellow after receiving a BA, as a Dean’s Scholar in Comparative Literature and Art History, at the University of Delaware, his home state. He has taught literature and writing as an instructor and lecturer at Yale, and has published essays on Thomas Pynchon, James Joyce, and Marcel Proust, the subjects of his dissertation. In 2014, Rowman and Littlefield published his critical study, Bob Dylan: American Troubadour. Posts on literature, film, music, and other interests appear on his personal blog, blogocentrism. He lives in Hamden, Connecticut.

Hartford Stage in Hartford, Connecticut, has a stable tradition of offering literate plays...

Baba Brinkman’s Rap Guides in Repertory This Fall For starters, you might be skeptical that a...

A son and his mother, a mother and her son. What are some of the first thoughts that come to mind?...

Review of Romulus the Great, Yangtze Repertory Theatre The Roman empire is under threat and is...

The kitchen of an aging spinster in a small town in Texas may be an unlikely place to find...

Elfriede Jelinek’s Shadow. Eurydice Says is not much of a drama, if by that is meant a...

The great strength of The Wolves, the debut play by Sarah DeLappe now playing in an extended run...

Thanks to Trump’s designation of the press as “the enemy of the people,” the question of what...

Two writers meet at a writer’s retreat in Michigan during a blizzard. She—Olivia (Jessica Love)—is...