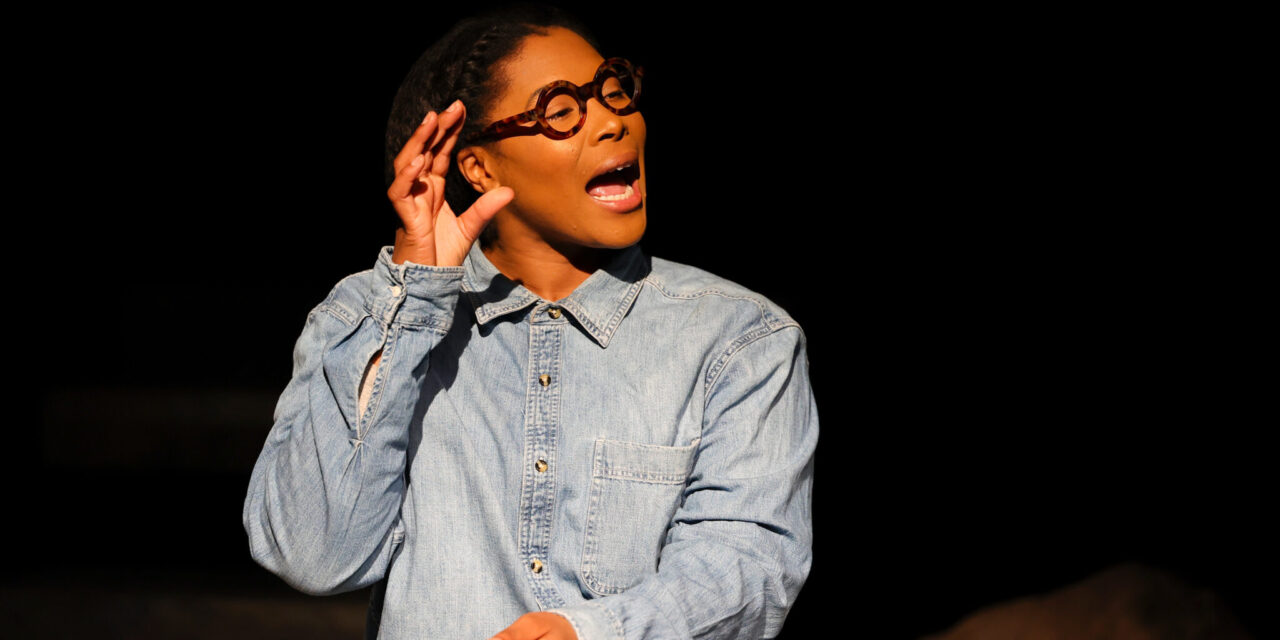 Long Wharf Theatre in New Haven Connecticut stages a revival of Anna Deavere Smith’s Fires in the Mirror, following the same production’s staging at Baltimore Center Stage in Maryland last year. The show presents a fascinating instance of cultural recall and contemporary critique. Back in 1992, the one-person play featured Smith enacting imitations of more than 25 interviewees and created a surprising and inspiring merger of theater and the sound-byte quotation format of televised news programs. As both the compiler of the quotations and their enactor, Smith was also an implied commentator, present but never speaking in her own voice. The play’s immediacy came from the “ripped-from-the-headlines” nature of its subject matter, and the spectacle of seeing the contemporary moment put onstage so readily and capably—and also theatrically—was something of a shock. Reality Theater was born. The subject matter of the piece is the accidental death of Gavin Cato, the seven-year-old son of a Guyanese immigrant, on the streets of Crown Heights, Brooklyn, killed beneath the wheels of a car in the motorcade of the Lubavitcher rabbi, and the subsequent “scapegoat” killing of Yankel Rosenbaum, a Hasidic scholar from Australia residing in Crown Heights. These distressing events were met by rioting and a media circus which included commentary from witnesses and critics, together with speeches, demonstrations, and ultimately Smith’s play (though the play never dramatizes its own witnessing—we don’t hear Smith’s questions or responses to any of the speeches she presents, nor do we get any sense, onstage, of how participation was elicited).

Originally, the play (I’ve only seen the taped-for-PBS version) confronted us with the cacophony of what is often called “public response”—where everyone quoted has an opinion and a perspective, though most were not present at the events and even those who were disagree on key points. The larger dramatic context is how the death of innocent people seems to accost us all as both a provocation and a lesson, so that we sympathize as the commentators seek a moral. While much of the commentary strives mightily to make a case for the political meaning of the deaths, Smith seems simply to be putting all these cards on the table to be read as we might. The play ends with the individual, personal grief of Cato’s father, thus letting the play stand as a powerful memorial to the fallen child. A revival in 2022 must perforce lack the immediacy of the events as part of the news cycle, and the text cannot rely on the same kind of recognition factor for the very particular timely details of the play’s context (most viewers will no doubt have to give their search engines a good workout afterwards). At Long Wharf, director Nicole Brewer comes at the play with a reverence that adds even more detachment to our belated witnessing. The scenic design by Diggle is sumptuous: a huge screen at the back of the stage, when not displaying collages of photos relevant or atmospheric, is a serenely endless waterfall; the playing space is a huge sand-raking clock, its “hand” stationary and functioning at times as a bench or table. Around the circular space of the clock are arrayed various kinds of earthenware pottery. The feeling is of a space for contemplation and meditation, far removed indeed from the realities of Crown Heights or any of our current hotspots of ethnic confrontation and wrongful death.

Cloteal L. Horne, who takes Smith’s place as the conduit of a host of very real, very diverse persons with very passionate views, opens the show in her own voice, introducing herself to the audience and requesting a permission from any elder on hand to enact a past she missed. That underscoring of the fact that thirty years have passed since the events depicted suggests a somewhat more evaluative stance as well. Though the more famous people enacted, such as Al Sharpton and Angela Davis, are still with us, some who are referenced—James Brown, Alex Haley, Ntozake Shange—have passed away. The play preserves a high-stress period in 1991, making all the participants part of a “slice of life” that they can never alter.

It is mostly in the first half that the time capsule aspect of the show comes to the fore as Smith establishes context prior to the accident. We get anecdotes about the near loss of the pre-publication manuscript of Roots and disquisitions on the ethos of rap, an up-and-coming artform just breaking into widespread consciousness (Queen Latifah gets a shoutout as a groundbreaking newcomer, not as the multimillionaire media artist she has since become). Such vignettes aim to recreate the flavor of the two communities—Black and Hasidic—that will clash so dramatically once the accident and other events transpire. At the outset, for instance, we hear the story of a Hasidic woman whose radio is accidentally turned on at full volume during Shabbat, so no one in the house is permitted to turn it off. Finally she must ask a young black boy from the street if he knows how to turn it off, which he then demonstrates. Other voices take us into a variety of “us and them” dynamics, from schooling to scholarship to the streets where markers of identity play along a wide range of public signifiers, whether an accent, a use of slang, a choice of clothing or hairstyle, or a fidelity to religious practices, community solidarity, or the ideologies of critique. What works so well here is Horne’s very fluid and gestural approach to the individuals she must give voice to, greatly aided by the easily worn and shorn costuming effects by Mika Eubanks. As performance art it’s remarkable, letting so many personalities arrive without too much distortion. We not only hear their words and their emotions, we react to mannerisms and inflections. In fact, as theater, the very heart of the piece is acting as mimicry—something that, in our day, has come under fire on several fronts, inviting questions about authenticity, misappropriation, and the defamation that some see in any effort to re-enact the voice or manner of an Other. The bravery of Smith’s approach was obvious from the start, taking on such issues by insisting that the only solution to such cultural clashes as in Crown Heights must come from an empathetic standing in the Other’s shoes. By becoming each of her interviewees, Smith privileged none in particular and gives each the respect of close study.

The catharsis of re-enactment is even more prevalent in Horne’s portrayals. In Smith’s performance we could yet detect the effect of witnessing, a residue of her own participation in the events even if only as a recorder and performer. Horne’s performance comes in, as it must, at a distance, and that distance belongs to time (thus that giant sand clock), but there is also a renewed immediacy that comes from our moment. Today’s audience has witnessed many subsequent flashpoints of racialized violence and the reaction to such violence within the body politic, so that Horne’s gaze, as she pauses with an audible breath to mark the conclusion of each speaker, seems to hang fire as a deliberate “no comment.”

That gaze registers our moment as a time in which the claims of some identities are more divisive or fractious than ever, and in which the narrative arc by which minority histories are assimilated into the great American myth seems more than ever a normative “just-so” story, a shroud unable to veil the fires that still burn in the mirror such theater holds up to us.