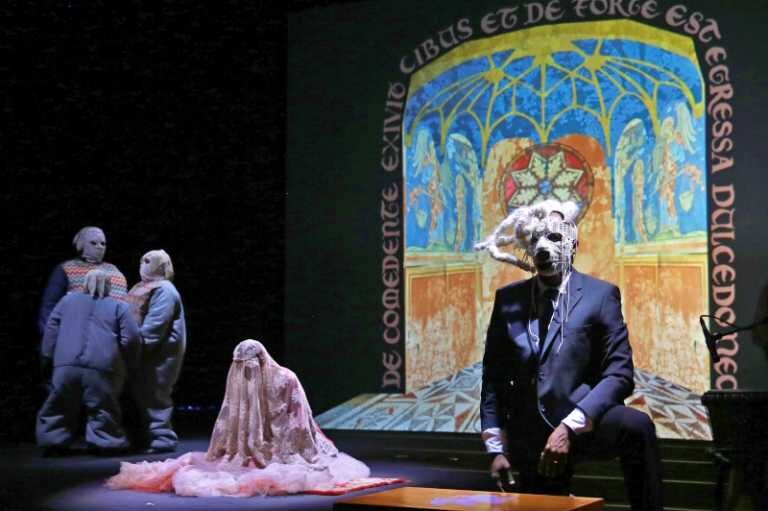 Samson, the South African theatrical work produced by Third World Bunfight, is one of six winners of the prestigious World Music Theatre NOW! competition. Samson was written, directed and designed by Brett Bailey, with music and musical direction by Shane Cooper, and choreography by Elvis Sibeko. The international competition considered more than 150 new opera and music theatre productions made since July 2018 from over 30 countries.

Samson uproots the popular biblical hero-myth of betrayal, fury and revenge, and transplants it into a dystopian post-colonial landscape of unbridled capitalism, human displacement, xenophobia and violence. It reflects on the historical injustices and repressed rage that so often underlie the ruthless acts of terror committed by marginalized, alienated men.

The ritualistic music theatre work, with a Cape Town-based cast, recently returned from the Avignon Festival and the GREC Festival, Barcelona, and will be touring internationally in 2022 and 2023. It premiered at Woordfees, Stellenbosch, in 2019, and also featured on the programme of the National Arts Festival in Makhanda. SAMSON won two Kyknet FIESTA! Awards, for Best Director and Best Music Theatre Production.

The six winning works were selected by a Jury made up of internationally renowned theatre makers from five continents.

The creative team has been invited to make a presentation on the work to presenters and festival programmers in Rotterdam in May 2022. “It is however very sad, that with the terrible state of arts funding in South Africa, we are unable to present this work to a wider local audience,” says Bailey.

This article was originally published by WeekendSpecial on December 30, 2021, and has been reposted with permission. To read the original article, click here.