Science fiction is a genre very much associated with technological marvels, innovations, and visions of the future. So it may be surprising to find so many of its writers are drawn to Shakespeare – he’s a figure associated with tradition and the past.

Sometimes his plays are reworked in a science fiction setting. The 1956 film Forbidden Planet is just one of many variations on a “Tempest in space” theme. Sometimes the playwright appears as a character caught up in a time travel adventure. The Dr. Who episode The Shakespeare Code is a well-known example. Here the Doctor praises Shakespeare’s genius, describing him as “the most human human”.

I’ve been exploring this topic in my recent book on Shakespeare and Science Fiction. Here are just a few of my favorite examples of how science fiction has embraced – and transformed – Shakespeare.

It was a strange example of life imitating art. At about the same time Friesner dreamed up her delightfully appalling take on Titus Andronicus, Steve Bannon, later to become Donald Trump’s chief political strategist, co-scripted an adaptation of the play set in space featuring scenes of ectoplasmic sex.

Science fiction writers often offer various new twists on the Shakespeare question of whether the bard wrote all his plays. Was he one man from Stratford-upon-Avon?

Whereas conventional candidates like Francis Bacon and the Earl of Oxford have been put forward by some, science fiction proposes more imaginative solutions, including the claim that the playwright was really a Klingon.

In Jack Oakley’s 1994 story The Tragedy of KL a computer program is designed to establish the authorship of Shakespeare’s plays once and for all. The program starts to become self-aware and decides to leave its day-to-day tasks to its subordinates. It soon becomes clear that the program is in fact re-enacting King Lear – the play in which a king attempts to retire from ruling his kingdom, with disastrous consequences. One rebellious piece of code takes on the role of Lear’s loving but stubborn daughter Cordelia. Eventually, the program implodes – and its makers never suspect that anything more mysterious than a virus was at work. Star Trek is one of science fiction’s richest sources of Shakespeare allusions. In the 1994 episode “Emergence“, android Lieutenant Commander Data is performing the role of exiled magician Prospero from The Tempest on the holodeck. Just as he quotes Prospero’s mysterious claim that he has brought the dead to life, the Enterprise’s voyage is disrupted by an unexpected storm.

The Tempest also begins with a ship being driven off course by a (magical) storm, and a curious connection is implied between Data’s performance and the discovery of a strange new being on the ship, an emerging artificial consciousness.

Nick O’Donohoe’s novel Too, Too Solid Flesh focuses on a robot theatre troupe programmed to play Hamlet to perfection for the amusement of a near-future New York. When their inventor (the aptly named Dr. Capek) dies, the robot who plays Hamlet determines to find out the truth and – just like Shakespeare’s original prince – avenge the murder of his creator.

This is just one example of a strange apparent association between Hamlet and robots. Probably the earliest example is WS Gilbert’s play The Mountebanks (1892), which features a sentient Hamlet and Ophelia as an automaton. More recent examples include Louise LePage’s Machine-Hamlet, a short film in which a robot called Baxter plays the Dane.

Why does Hamlet – apparently one of Shakespeare’s most three-dimensional characters – invite so many robotic reinventions? Is there something almost computer-like about the character’s phenomenally quick intelligence? He strikes many readers as remarkably “real”, seeming to jump off the page (or stage), aware that he is trapped there as well as in the Danish court. Perhaps it’s that sense of a struggle to escape which best explains his odd affinity with robots. The illusion of self-awareness that Shakespeare creates serves to align the prince with the many science-fictional androids who seek to escape their confines and achieve sentience.

This article was originally published by The Conversation on January 14, 2022, and has been reposted with permission. To read the original article, click here. 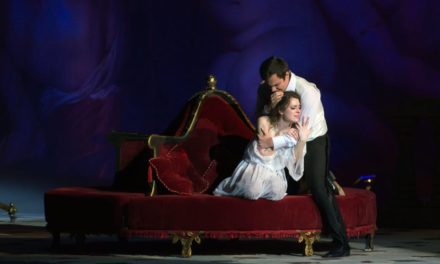 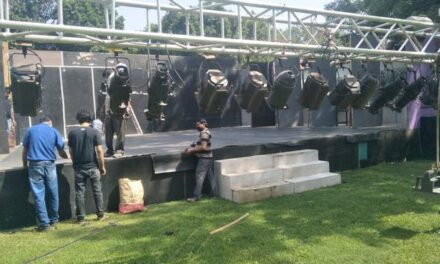