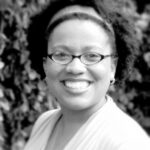 Martine Kei Green-Rogers obtained her PhD from the Department of Theatre and Drama at the University of Wisconsin-Madison. Prior to studying at UW-Madison, she received her B.A. in Theatre from Virginia Wesleyan College and her M.A. in Theatre History and Criticism from The Catholic University of America. Her dramaturgical productions include: Classical Theatre Company’s productions of Miss Julie, The Tempest, Uncle Vanya, The Triumph of Love, Antigone, Candida, Ghosts, Tartuffe, and Shylock, The Jew of Venice; productions of Gem of the Ocean, Waiting for Godot, Iphigenia in Aulis, Seven Guitars, The Mountaintop, Home and Porgy and Bess at the Court Theatre (Chicago, IL); productions of Fences and One Man, Two Guvnors for the Pioneer Memorial Theatre; The Clean House at CATCO (Columbus, OH); Shakespeare in Love, UniSons, The Comedy of Errors, To Kill A Mockingbird, The African Company Presents Richard III, A Midsummer Night’s Dream, Fences and the Play on! project translations of Comedy of Errors and The Two Noble Kinsmen at the Oregon Shakespeare Festival (Ashland, OR); 10 Perfect and The Curious Walk of the Salamander as part of the Madison Repertory Theatre’s New Play Festival, and A Thousand Words as part of the WI Wrights New Play Festival. Her most recent publication is the article "Talkbacks for ‘Sensitive Subject Matter’ Productions: The Theory and Practice" in the Routledge Companion to Dramaturgy. Her research interests include violence in African American Theatre, African diaspora theatre, and gender and race in American theatre and issues of sustainability in the theatre. She is a proud member of the American Theatre in Higher Education (ATHE), a board member of the Literary Managers and Dramaturgs of the Americas (LMDA), and co-Chair of the Emerging Scholars symposium at the Mid-American Theatre Conference.

NOTE: This post is a follow-up list to the first one I published discussing some of the theatres...

Have you ever wondered who is doing devised work near you? Or, wanted a one-stop-shop in finding...

This is Part 1 in a series of posts that will address varying models/techniques of devising...

If you are interested in doing some research on who and how to devise theatre, these books,...

What Is Devised Theatre?

Depending on who you talk to, devised theatre has numerous definitions. Eric Grode on the TDF...