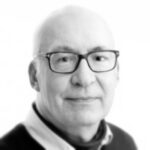 Aleks Sierz FRSA is a British theatre critic. He is author of In-Yer-Face Theatre: British Drama Today (Faber, 2001), The Theatre of Martin Crimp (Methuen, 2006), John Osborne’s Look Back in Anger (Continuum, 2008) and Rewriting the Nation: British Theatre Today (Methuen, 2011). He has also written, co-authored with Lia Ghilardi, The Time Traveller’s Guide to British Theatre: The First Four Hundred Years (Oberon, 2015). His latest book is Good Nights Out: A History of Popular British Theatre 1940–2015 (Methuen, 2019). Sierz has written for publications including Tribune, The Arts Desk and The Stage, as well as newspapers such as The Independent.

Although the current government has blundered through both Brexit and the pandemic, and is now...

What does it feel like to be British and black? Ryan Calais Cameron has recently emerged as the...

When do you have to take a stand? What compels you to do it? And what are the costs involved?...

In 1987, Caryl Churchill — without doubt the best living playwright in Britain — premiered her...

You can’t keep a great playwright down. Ron Hutchinson, whose award-winning stage plays, such as...

About the futureStage Manifesto

When theatres closed during the pandemic, the first reaction was shock. Then was born, at least...

Is there really such a thing as an unmissable show? Depends on your taste of course, but for sheer...

Love is the most difficult four-letter word. And platonic love is perhaps the hardest kind of...

Mike Bartlett’s Cock invites suggestive comments, but the main thing about the play is that it has...

Football stories are never just about a game — they are also about life and how to live it. In...

Peggy Ramsay is a theater legend. Around the time of her death in 1991, the Australian-born agent...

Bizarre. Breathtaking. Beautiful. I leave the Royal Court theatre with these Bs, as well as others...

History is a prison. Often, you can’t escape. It imprints its mark on people, environments and...

The National Theatre has a good record in staging classic American drama by black playwrights....

It’s a sign of the times that one of my last trips of the year, to Ella Road’s Fair Play at the...

At the end of the 1960s, American soul poet Gil Scott-Heron said that the revolution will not be...

A couple of days ago, I watched a live stream of Milk and Gall, an American-based playwright and...

Is the Bosnian conflict of 1992–95 the war that Europe forgot? Maybe, although most fans of new...

After lockdown, the stage monologue saved British theatre. At venue after venue, cash-strapped...