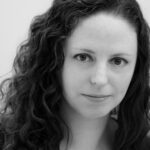 Laura Kressly, MFA, BA is an American theatre critic and dramaturg based in London. She originally trained as an actor and director at Marymount Manhattan College and the University of Exeter, then had several fruitful years as a freelance actor, director and producer in the UK and beyond. She then moved into education and arts management, and in 2013 began reviewing theatre and performance. This led to work as a copywriter, editor, and dramaturg, and founding The Play's the Thing UK. She co-founded the Network of Independent Critics in 2016 and was a fellow of the National Critics Institute at the Eugene O'Neill Theater Center in 2017. Laura is currently a Ph.D. student at Royal Central School of Speech and Drama, where she is researching embedded criticism. Forthcoming publications include co-editing Morgan Lloyd Malcolm's Emilia: A Companion Reader.

Over the August bank holiday weekend, people of West Indian heritage have been celebrating their...

In the programme notes, director Graham Watts states, “there are hundreds of astonishing plays...

After graduating from City College of New York in the 1960s, Assata Shakur joined the Black...

John Gay wrote The Beggar’s Opera in 1728 to reflect a London ridden with corrupt and dangerous...

It’s 2019 and we’re in purgatory. Some (many?) might say hell, considering the late capitalist...

Aisha and Morgan have to go to school one day in August, like almost every other 16-year-old in...

Michael and his best mate Charlie are typical teenage boys – they just want to hang out and play...

The patriarchy has a lot to answer for, including what must be a ridiculous profit margin for the...

If theatre has a reputation for being inaccessible and snobbishly high cultured, opera is doubly...

Sometimes writing reviews is easy. Thoughts are fully-formed, and words that convey them easily...