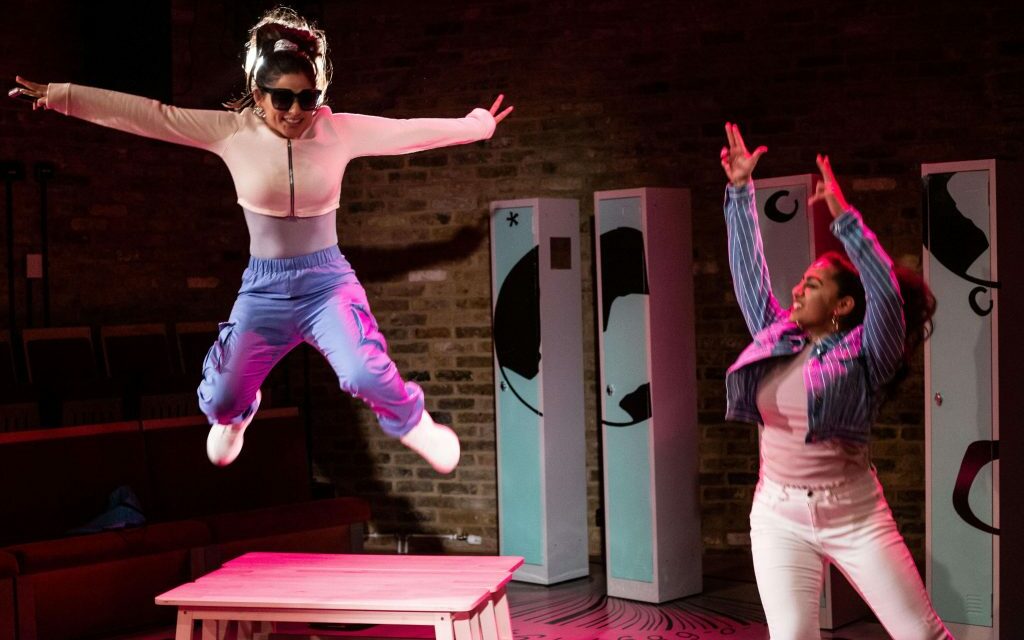 Aisha and Morgan have to go to school one day in August, like almost every other 16-year-old in the country, to collect their GCSE results. Their school is different from the rest of the country’s though – news teams are at the gates of Mitcham High reporting on the recent disappearance of Yasmin Sheikh, dubbed “terror baby” by the Home Secretary. Frustrated with her best friend’s depiction in the media and the way she has been treated by the police after Yasmin left for Syria, Aisha is determined to tell the story of the girl behind the headlines and enlists Morgan’s help.

Playwright and actor Nyla Levy was frustrated with her casting bracket of supporting roles as “jihadi bride” or “terrorist girlfriend” in plays focusing on male characters’ narratives. Inspired by these jobs, her lived experience of racism, and work with young women in theatre-in-education productions, Levy set out to write a play that shows the human side of vulnerable teenage girls, and how they can be exploited by groomers. Going back in time to lay out Yasmin’s recent history, she humanizes the intelligent child with an ill mum who is racially abused at school, whose life begins to collapse around her due to choices the adults around her make.

Levy uses a metatheatrical framing that isn’t particularly needed, though it would go down well with young people and adds some levity to a bleak story. Her plotting is thorough and her characters are engaging, which are matched by performances from Levy as Yasmin, Halema Hussain as Aisha, and Eleanor Williams as Morgan. The trio successfully multi-roles through the script with boundless energy and enthusiasm that is well-pitched against the story’s serious moments.

This is a great production to tour to schools, but there’s also value in its staging for adult audiences. In a world where sensationalist headlines are brandished as political weapons, it is easy to forget that behind them, there are real people who are just as often victims of powerful, discriminatory systems as they are perpetrators of other systems’ ideologies.

Does My Bomb Look Big in This? runs through 8 June, in London.

This article was published in The Play’s The Thing UK and reposted with permission. Read the original article. 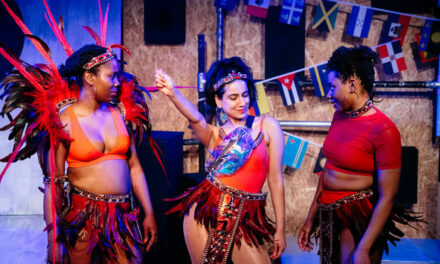