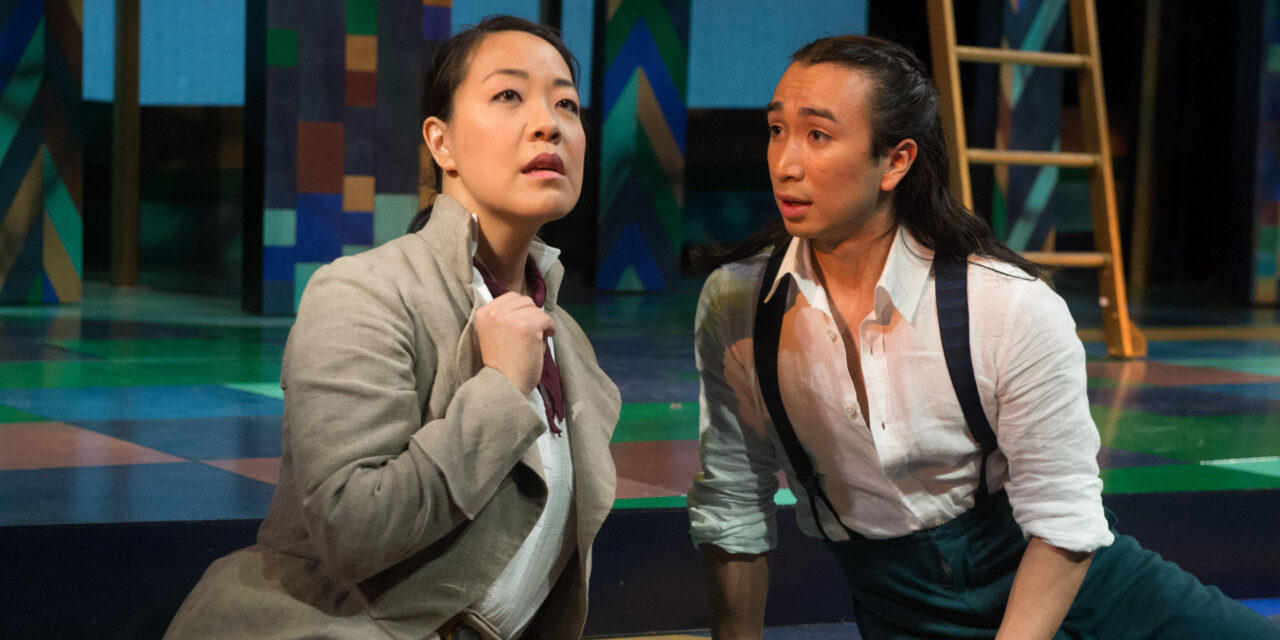 To take the title of dramaturg Amrita Ramanan’s program note, As You Like It is “a comedy that begins like a history.” Ramanan is referring to history in terms of Shakespeare’s style specific to the genre, but I would add that this production is also referencing the history of women and queer folks. Director Rosa Joshi takes the Shakespearean classic, As You Like It, and adds to its gender-bending plot a further reflection on gender roles, identity, and love.

Shortly after she falls in love at first sight with Orlando (Román Zaragoza), Rosalind (Jessica Ko) and her cousin Celia (Kate Hurster) are exiled. They wander into the Forest of Arden, with Rosalind dressed as a man named Ganymede in an attempt to appear less of a target for violence. Orlando is also forced to leave town by his oppressive older brother and heads into the woods as well. Hijinks ensue when Orlando and Rosalind meet again, her true identity unknown to him. Rosalind ends up coaching him in the ways of love and fending off another suitor. As is typical of Shakespeare’s comedies, the audience gets the visual spectacle of a double wedding and a happy ending once the mystery of identity is revealed. 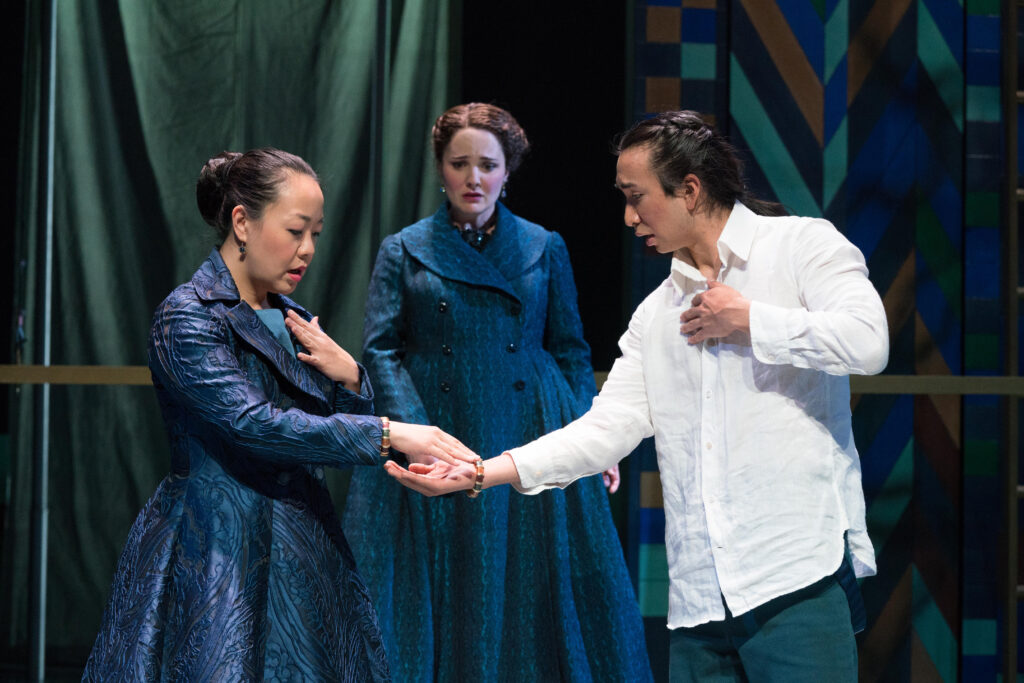 Costume designer Christine Tschirgi created a clear and evocative sense of external and internal location for characters through costuming. When the play opens, characters are wearing dark clothing that covers them from neck to feet, already giving us a sense that this government is strict, controlled, and values conformity. There’s a drastic change when Rosalind and Celia make their way into the woods and don clothes that are pastel-colored and loose-fitting. These costume choices highlight the freedom they now have in exile. Similarly, with the rest of the characters living in the woods, there is that same visual theme of natural colors and free-flowing material in their costuming. Rosalind’s lavender jumpsuit for the final wedding scene was an especially nice touch, as it allowed her to continue to bend her gender outside of the woods and within this new part of her identity as a wife.

Stylized movement also played an interesting role in this production. By giving bodies movement that was more specific and dancelike, I felt that the production was making the connection that bodies act differently within different contexts. For example, when Rosalind and Orlando fall in love, they do a very specific hand gesture that no one else does. This movement highlights the uniqueness of their relationship. Similarly, characters who are part of the court had a different hand gesture when they were taking an oath of loyalty, to again show us how bodies react to context. One of the most physically stylized scenes is the wrestling scene (directed by U. Jonathan Toppo), where, interestingly enough, Rosalind and Orlando fall in love. The context of male wrestling connotes and foreshadows the examination of gender that is to come. The idea of changeable bodies, of specific movement in reaction to words, made an interesting parallel to how bodies are gendered and how gender presentation can be affected by environment in the modern day as well. 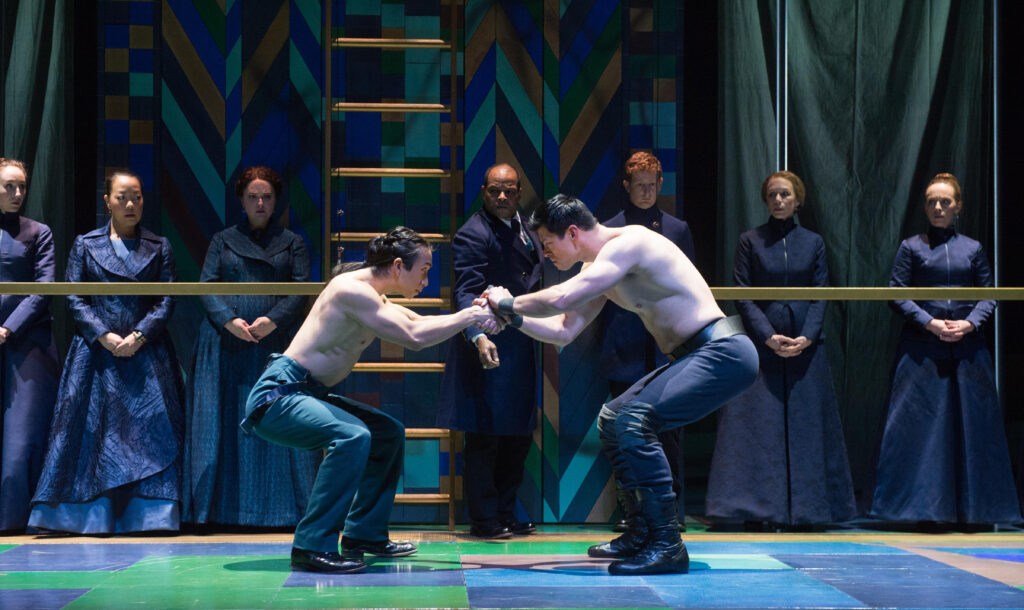 Remembering that in Shakespeare’s time all of the actors were male, I found myself wondering whether keeping that tradition for this production would have made the commentary on gender identity more effective. In the end, Orlando and Rosalind are a seemingly cis/hetero couple, and if the original casting (two male-bodied people) had been maintained, I think we would have had more room to explore gender, sexuality, and love.

There was also some confusion for me about the implications for the ensemble characters. These characters were seemingly cross-dressed/nonbinary/transgender and were relegated to living in the Forest of Arden. My feeling was that the world of Duke Frederick, the one that Rosalind, Celia, and Orlando came from, was structured, cruel, and well . . . cis. Leading me to believe that the world of the forest was for the outcasts, nonconformists, and, for this production, transgender people. As a trans person, this made me uncomfortable. Trans people often do exist on the margins of society as a result of oppression, but not in some idyllic forest setting. I had mixed feelings that Duke Senior was actually played by a transwoman (Rachel Crowl) as well. I love seeing trans people onstage and could appreciate the comment that the production seems to be making on the relationship between gender, power, and exile, but knowing the reality of living as a trans person, I wasn’t sure what message was being sent or how to feel about it in this particular situation. 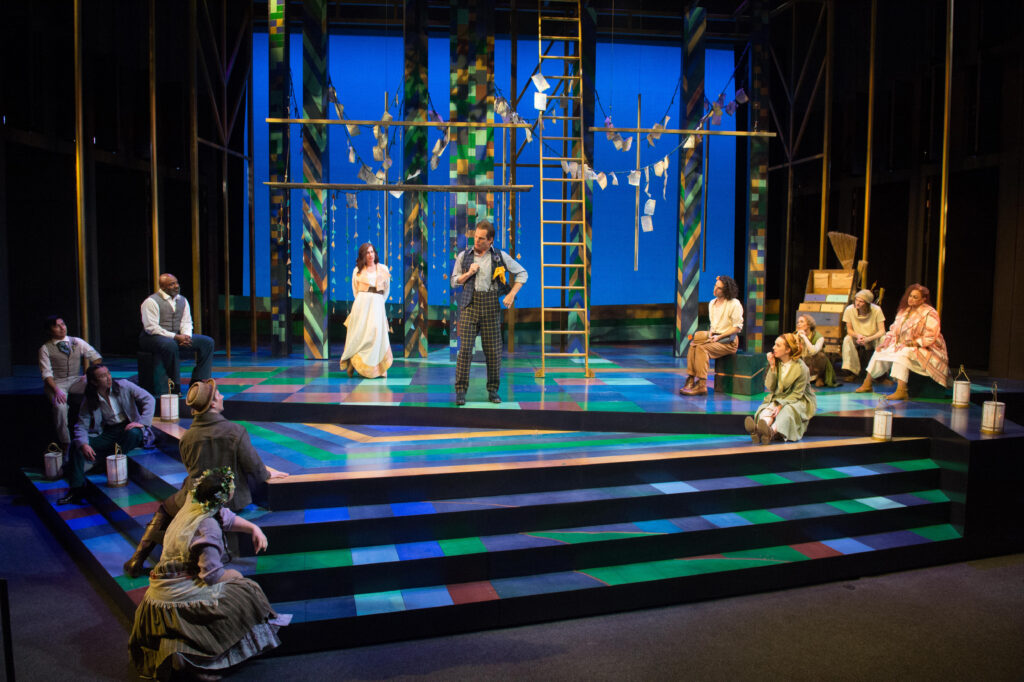 The Ensemble of As You Like It, directed by Rosa Joshi, will perform in the Angus Bowmer Theatre through October 26, 2019.Photo by Jenny Graham, Oregon Shakespeare Festival.

The director and dramaturg’s notes mention that Rosalind “finds her authentic self . . . through gender performance” or that Rosalind “gets to experience love through unexplored aspects of her personality and gender expression. And in the process – as she plays dual versions of herself in an elaborate plan to help Orlando understand what it means to have a lasting love – she finds out who she truly is.” I didn’t feel like I saw much development in Rosalind as a character before and after she lived as Ganymede. The love between Orlando and Rosalind feels very surface; it’s based on love at first sight, after all. The conclusive wedding doesn’t feel like an obvious triumph against the odds by two compelling outsiders who break the rules. It doesn’t even feel like the story of a queer relationship. It feels like a Shakespearean happy ending and another story for the cis/hetero canon. In the end, everyone ends up being invited back to the kingdom as well. Which left me to wonder whether that meant that there would be a more gender-neutral, inclusive, and free society.

The program notes from the director and dramaturg both bill this play as a “search for authenticity” though love and gender performance. They also seem to focus on Rosalind when there were multiple characters who seemed to have specific, marginalized gender identities. Between the production and the notes, I felt like there was some vagueness about whether the play was dissecting “gender and identity” or “gender identity” or both, and whose? It feels important to be able to distinguish between these ideas or how they are all working together because it does shape the direction of the play and its meaning. As You Like It is not one of Shakespeare’s best-written plays, which contributes to my points of contention to be sure, but it also didn’t benefit from adding to transgender themes in a vague and mildly insensitive way.

As You Like It is at the Oregon Shakespeare Festival until October 26, 2019. 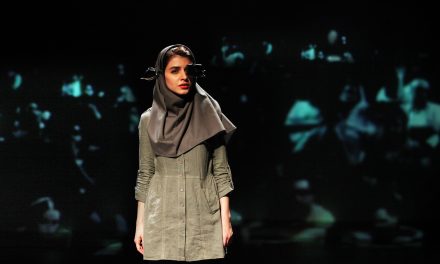