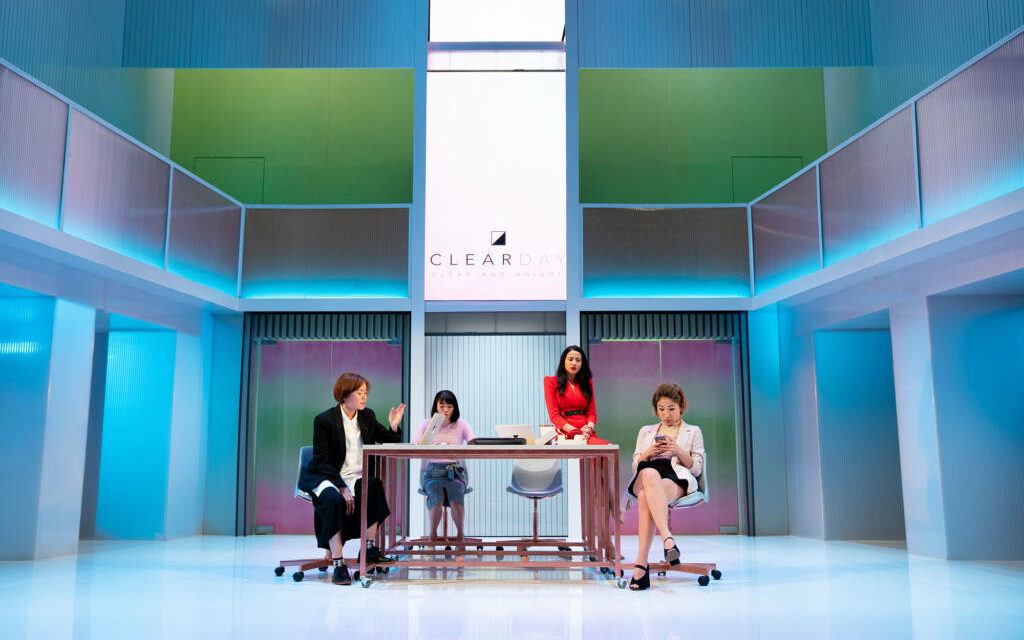 Sometimes writing reviews is easy. Thoughts are fully-formed, and words that convey them easily flow onto the page. Sometimes, it’s the opposite. Writing about complex plays full of culturally sensitive material requires a lot of care and awareness, both of the critic’s position in the world, and their relationship with the content of the play. It’s a reflective, delicate process that isn’t and shouldn’t be easy for those in positions of privilege.

In the list of reasons why critical diversity is so important, this is a significant one. London’s lack of it is a huge problem, especially when it comes to white people reviewing work by people of color, set in or outside the U.K. Paid outlets have no excuse – hire good critics of color, or train those who need to develop their critical craft. Simple. Not only do you then have a wealth of cultural responses available reflecting the work being staged, but you are also breaking with the trend of theatre being dominated by the white middle classes. But for the outlets that rely on free labor from critics, asking people of color for to work unpaid is still problematic – yet, theatre by and for people of color deserves the amplification and critical attention reviews provide.

So there are aspects of White Pearl that I’m going to avoid commenting on because I am a white woman living in the West, but a play with a cast of seven, six of whom are East and South Asian women, deserves a review. I have no experience with the cultural pressures to have white skin, nor the cosmetic industry that panders to these pressures. I have only outsider understanding of the tension between ‘homeland’ Asians who have always lived in Asia, and those Asians who were raised and/or educated in the west. My familiarity with racism between the East Asian and Black communities is minimal and comes second-hand from friends. These are primary themes in the play, and ones that are important to address on stage – but I cannot speak for the accuracy, tastefulness or impact of their portrayal on stage to Asian, East Asian and Black people in the UK. There are other critics, and theatre artists, who can do that, so please go check out Ava Davies’ review in The Stage, and social media commentary from actors Daniel York Loh and Jennifer Lim (I sat next to Jennifer and Daniel; they often found the dark comedic elements of the story hilarious). No doubt there is a plethora of commentary from non-white audiences about this play on social media – please, go seek it out.

That dark comedy is the tonal core of the work. The story is entirely set in the offices of a small cosmetics company based in Singapore, Clear Day, the manufacturer of the most popular skin-whitening cream in Asia. When their latest ad campaign in leaked and trial by internet returns a verdict of ‘racist!’ (spoiler alert – it is), it sends the small team into a nasty, backbiting spin. Anchuli Felicia King’s dialogue is wickedly funny as often as it is wincingly close to the bone.

The company is helmed by an unapologetic Indian woman who moved to the UK as a child and was educated there. Her staff includes women from Singapore, Korea, Japan, China, and Thailand. Some have lived in the west, some haven’t. Some are young and trendy and worldly, others are older and sheltered, some are a combination of all of the above. When a crisis hits, each individual’s response to problem-solving is informed by their education and culture – in particular, what they understand as ‘racism’ and ‘comedy’.

As tension between them builds, there is recognizable corporate toxicity that rears its head. Anyone that has worked in all-female or mostly-female business environments as a woman will recognize the bitchy backstabbing and cliques. There’s also the all-too-enthusiastic willingness to throw a colleague under a bus in order to save yourself. It’s viciously accurate and painfully sad that capitalism has fostered such a mindset, even amongst women. I often wince from memories these scenes make me recall.

The cast is exceptional – Farzana Dua Elahe as Clear Day’s founder plays a subtle, serpentine long game but will do anything to preserve her company. Katie Leung plays her second in command, a casual local hipster. They are the confident and vocal drivers of the company, but are contrasted by three other staff members who quietly keep the company going – Kanako Nakano, Minhee Yeo and Momo Yeung, whose characters keep their cards close and their enemies closer. Kae Alexander completes the cast as a character initially seems more periphery but ends up playing a key role in crisis resolution.

This is a thematically dense play that tells a compelling story at a pace that matches the speed of social media downfall, but with nuance, tension and ferocity. It’s a story for a global, late capitalist world that still hasn’t wholly figured out how to deal with the consequences of digital connectedness. It’s often uncomfortable as it reminds us that we, and our actions, are now inseparable from the rest of the world and the consequences for forgetting that can be vast.

This article was originally published in The Play’s The Thing by Laura Kressly on May 21, 2019, and has been republished with permission.