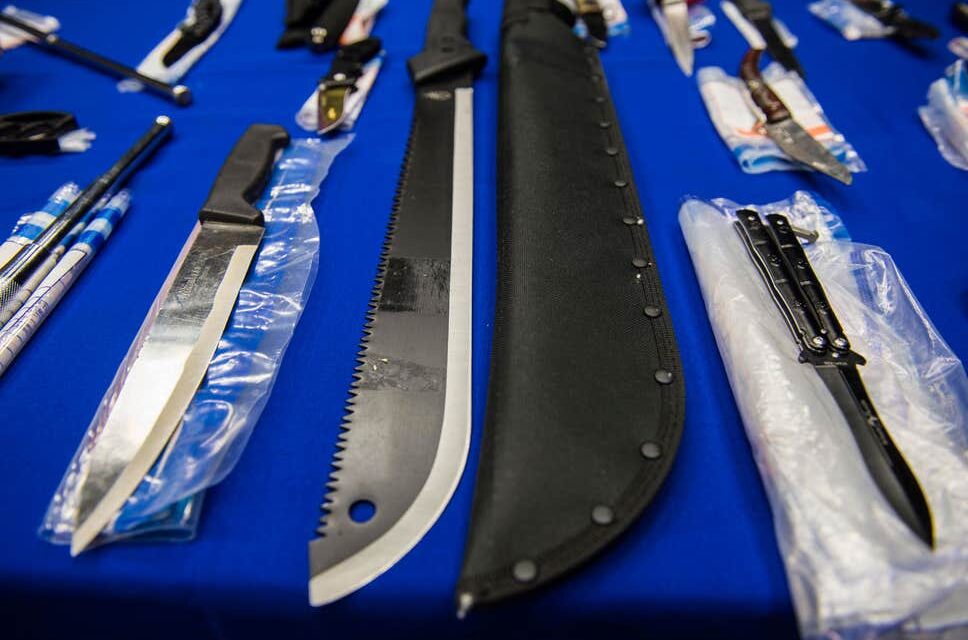 "Justice." Photo from the original article.

Michael and his best mate Charlie are typical teenage boys – they just want to hang out and play Fifa and party. Michael’s patient girlfriend Liv is often at their side, his mum is there to fret and nag, and his half-brother Josh reliably winds him up. They’re 17 and life is good – until it isn’t.

Teenagers are known for breaking rules and disregarding the consequences, and these lads are largely no different. But with knife crime offenses rapidly on the rise in London due to police cuts, it’s only a matter of time until they’re affected by it. Rees Jenkins’ debut play follows their fairly predictable yet realistic trajectory, which makes sense as it’s inspired by his own experience with knife crime. However, interludes of physical theatre accompanied by true accounts of London knife crime disrupt rather than support the narrative, with arbitrary movement contributing little to the mood of the piece.

These sections, whilst breaking up the action, add a didacticism that’s more at home in theatre-in-education shows. This would be a great play to tour to schools, and the lack of explicit violence or tragic outcomes would make it suitable for younger secondary school students. But as a show for adults, the script needs further detail and surprise in order to fully engage the audience.

The performances vary in quality, with Pierre Moullier as Charlie being the strongest of the cast of five. Moments of over-written dialogue work against the actors’ attempts to capture nuance and subtext, but their characters are generally clear.

This is certainly a worthwhile subject to stage, particularly for young audiences, but it’s clearly a debut work that lacks dramaturgical focus and trust of an adult audience. Clarification of the writer’s aims for the piece is necessary for further development – who is this play for, and what should the audience come away with? – but once these are answered, the potential of the script can be unlocked.

Justice runs through 25 May in London

This article was originally published by The Play’s the Thing UK on May 29, 2019. Reposted with permission. Read the original here.