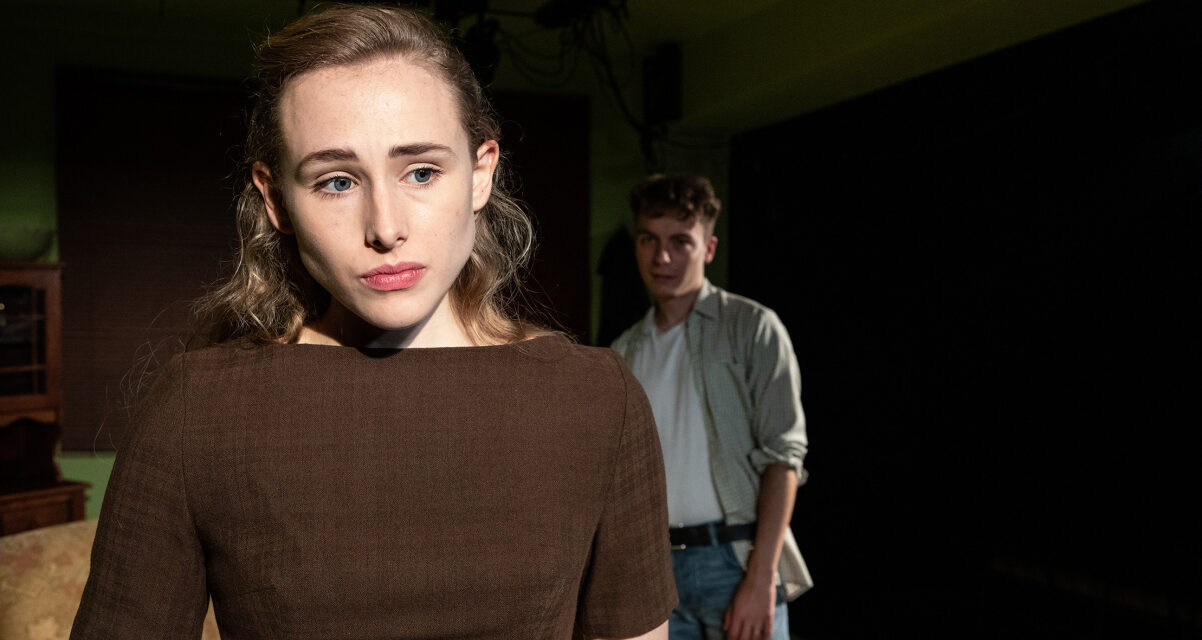 "Gary" Image from the original article.

In the programme notes, director Graham Watts states, “there are hundreds of astonishing plays written by women that have never seen the light of day…Let me be clear. These are not ‘lost works’. They’ve never been considered and were simply ignored.” This world premiere by the writer of Machinal proves his point. Though several of Sophie Treadwell’s 39 plays were produced on Broadway, this one from 1954 – one of her last, and demonstrative of her skill and experience – has never before been produced.

It’s clear why this is the case – well, to a point. This play is violent, sexually explicit, and two of the three main characters are, to the more conservatively skewed American moral compass, of ill repute. Gay men are central to the storyline. 1950s America would find the story of a criminal, his indulgent wife and his sex worker sister abhorrent. But it is a well-crafted and nuanced story dealing in shades of grey rather than black and white. It’s still a marvel that it hasn’t been done over the past two or three decades, but that proves Watts right about women writers being ignored.

Wilma (Phebe Alys) is the doting, young wife of Garry (Thomas Martin), a man currently out of a job and with a dubious past. His sister Peggy (Claire Bowman) is a prostitute, who very much enjoys her work and the company of men. All three come from abusive homes, so this is very much a tale of society’s waifs and strays gripping onto each other for dear life in order to stay afloat. Unfortunately, Garry’s impulse to self-destruct – brought on by a society forcing him to conceal who he really is – proves to be too strong.

There are some awkward transitions due to the configuration of the small theatre, but this is otherwise a straightforward staging of a naturalistic play. The vintage American accents are a bit wobbly and prone to crossing state lines, but the combination of pride, vulnerability, and thrill-seeking is a deadly one that manages to keep up the momentum of a linguistically and narratively dense script. The performances are solid, and their intensity zips around the intimate space.

This is a play that deserves to be staged again, and to be considered part of the canon of gay plays. Its homophobia and self-repression are a hard watch and could certainly be triggering for some (and should come with relevant content warnings), but it’s a searing look at the consequences of oppression and discrimination.

This article was originally published on theplaysthethinguk.com. Reposted with permission. Read the original article.