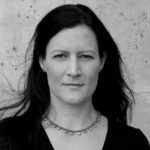 Carrie Klewin Lawrence is a freelance stage director currently residing in Madrid, Spain. As Artistic Director of 3rd Space Theatre Collective, she specializes in large-scale musical, opera, ensemble, and devised movement productions. As a professor of theatre, film, and communications, she has taught for over a dozen institutions including The University of San Diego, Auburn University, and San Diego State University. A penchant for digital advances in theatre allows her to continue working with and for artistic partners around the world. In 2006 Carrie created the Variations Project, an award-winning festival of new work still running annually in Baltimore. Carrie holds an MA in Theatre from New York University, where she also studied Arts Administration, and an MFA in Directing from The Catholic University of America. She is a member of SDC, a former Helen Hayes judge, founder of The International Theatre Network, and has worked with Amnesty International, The Sundance Theatre Institute, Director's Lab West, Arena Stage, The Kennedy Center, The Joan Kroc Institute for Peace and Justice, Theatre Without Borders, La MaMa, and Woolly Mammoth, among others.

Fanny Gautier, star of stage, television, and film, gives some insight into succeeding as a...

Miguel del Arco is a director who trusts his audience. And apparently, the respect is mutual....