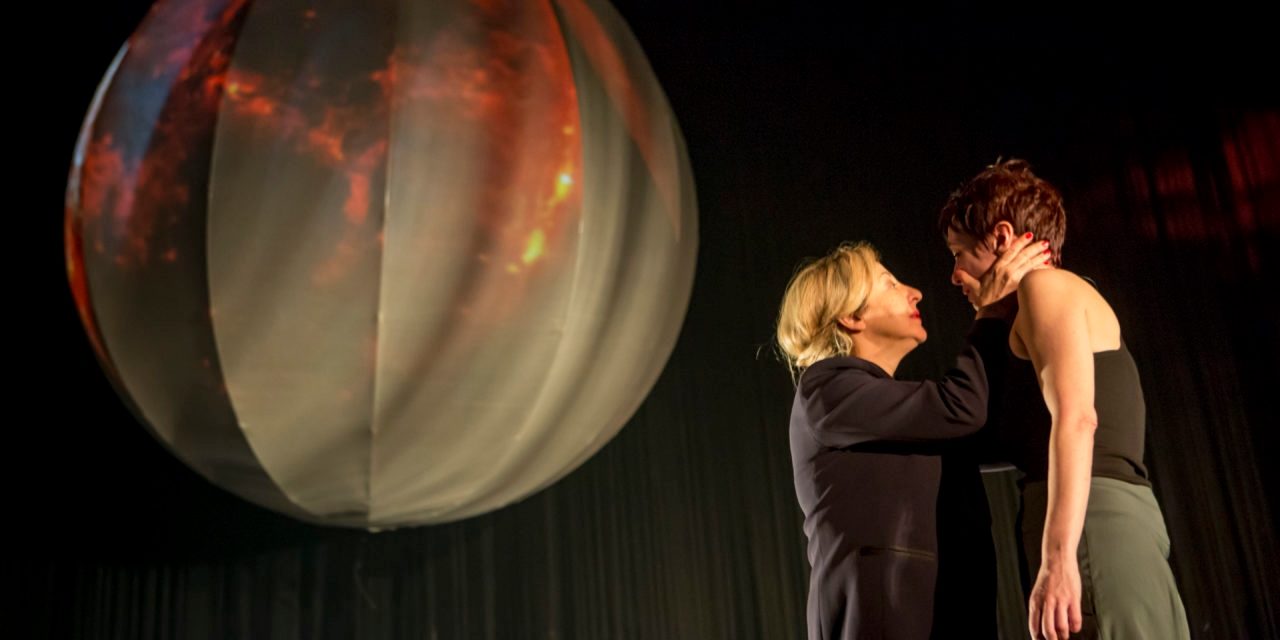 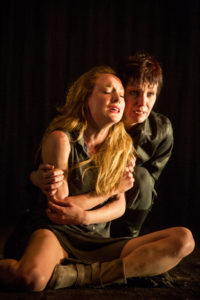 Miguel del Arco is a director who trusts his audience. And apparently, the respect is mutual. Opening night of Antigone at El Pavón Teatro Kamikaze is an example of epic theatre at its very best; where the audience takes collective breaths with the actors, straining forward for every uttered word. There is a lot of room for interpretation here, but a clear and determined plea for humanity sounds out against the hot summer night.

A co-project of Teatro de la Ciudad and Teatro de La Abadia in 2015, Antígona was originally presented as part of a series of classical theatre along with Oedipus and Medea. Here the production has been reincarnated in the recently (2016) remodeled historic El Pavón Theatre, in the heart of Madrid, where Kamikaze is kicking off their second season.

There is no mystery as to why a theatre company named Kamikaze would be interested in presenting this particular work as the start to an ambitious sophomore season. Antigone succeeds, both literally, if you know the conclusion of the Sophocles tome, and figuratively, in sacrificing the artists for the art. A physically momentous, thrilling and stunning ride is presented here. Postmodern in approach, del Arco (as both adaptor and director) presents a fresh and smart approach to dusty pages. Del Arco, also the Artistic Director of the company, purports a mission of relevant programming: “To my mind, the contemporary look isn’t about putting Hamlet in jeans. It’s about Hamlet saying things which directly affect you, now, as a citizen in the twenty-first century.”

Fingerprinting this piece, del Arco cast the formidable Carmen Machi in the role of Creonte, establishing an aunt/niece relationship in place of the traditional uncle/niece. While it would be easy to present the struggles of the two characters with more of a gender-focused lens, here del Arco deftly reins in the arguments between Creonte and Antigone (a potent Manuela Paso), keeping the two dancing in a power struggle that supersedes issues of their sex. The battles in this world pertaining to the government, the gods and familial obligations. 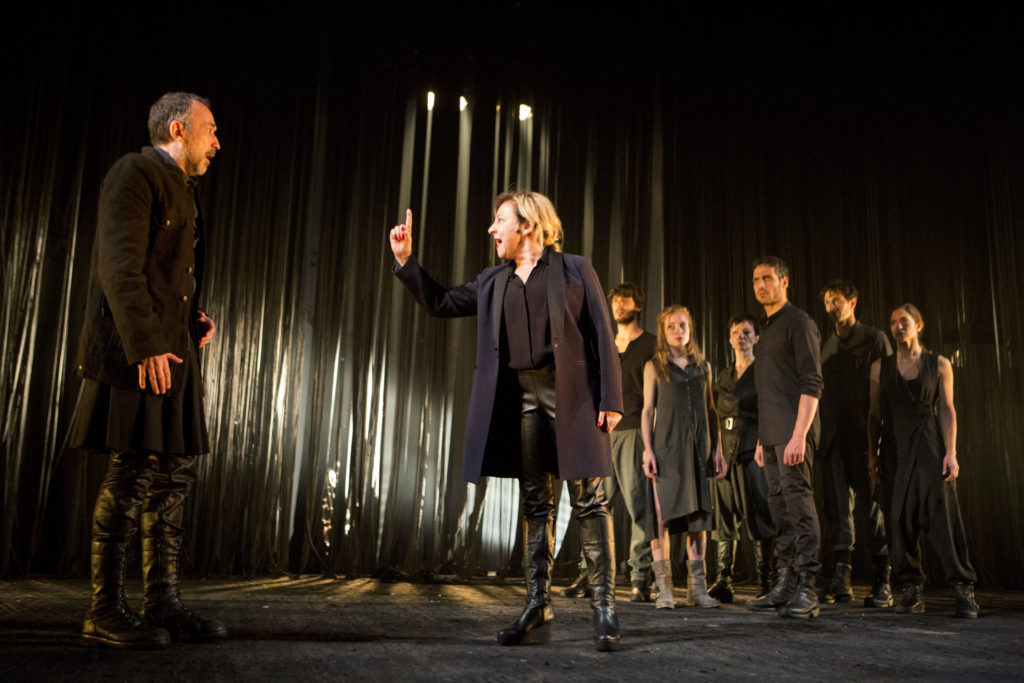 Carefully selected visual elements created by the team of Eduardo Moreno, Alejandro Andújar y Beatriz San Juan, evoke a world burning and seething. The kinesthetic chorus takes sides but you must be quick to catch the exchanges, with a shift of bodies here… eye contact there…The eight member ensemble deftly juggles the story as they hide amongst strings that connect, contain, and shelter them. A dominant fiery globe hangs ominously: in one moment the eye of big brother, the next a vehicle for ascension. Music by Arnau Vilà presents evocative support for the emotional ride.

The chorus of Antigone. Press photo.

As the fights escalate, characters are seduced, and destiny prevails. At every turn, del Arco reminds us that politics are central but they are not the final conclusion. For in moments of absolute desperation, we do not take comfort in the letter of the law, we pray to the moon and we call for mother and father. 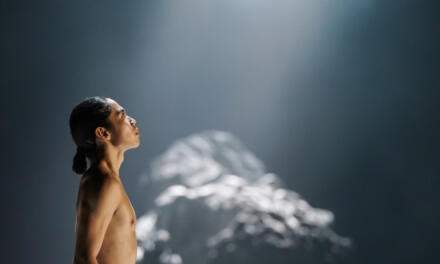 The Troubled State of Performing Arts in Hong Kong 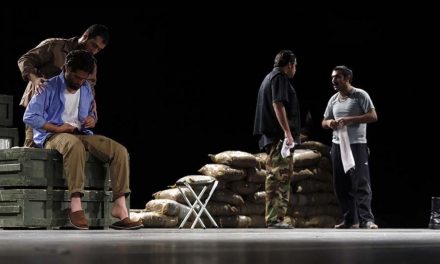