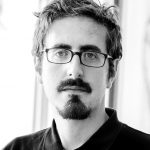 A Theoretical and Organizational Premise “Centriphery” is an on-going large-scale...

In his very famous book The Castle of the Crossed Destinies (Il castello dei destini incrociati,...

Gianni Rodari is a cult writer and, probably, one of the most influential in the Italian...

Led by artistic directors Hajo Schüler and Michael Vogel, Berlin-based “Familie Flöz” is one of...

The Covid-19 Emergency has been and still is a challenge for theatre companies, institutions, and...

“Denarius World is simple and happy on the surface. Everything is fast-paced, instantaneous...

The death of Pina Cipriani, on the 19th of June, is a great loss for Italian and specifically...

In the middle of the vibrant Berlin district Friedrichshain, well-known for party tourism, hipster...

“Smile” Clown Festival is a small and interesting event with a strong potential for...

Los Papeles by Anthony Kmeid, presented at the Cotxeres Borrell in Barcelona on March 23, 2019, is...

It was a great success the first Barcelona Meeting on Independent and Non-Institutionalised...

Dear Dsylexia–written on purpose with the wrong spelling–is a stunning piece of solo theatre,...

Naples is a Theatrum Mundi, a place where theatre and theatricality are an integral part of the...

Choreographer Jasmin Vardimon’s new show, Medusa, is a multiple and composite piece of art that is...

The relation between identity and performance is one of the strongest topics in the field of...

Presented at the Smock Alley Theatre for the last edition of the Dublin Fringe Festival, Free EU...

Teorema occupies a position of special importance in Pier Paolo Pasolini’s production, both as a...

Antonio Latella is one of the leading figures of Italian theater, having worked, as an actor, with...