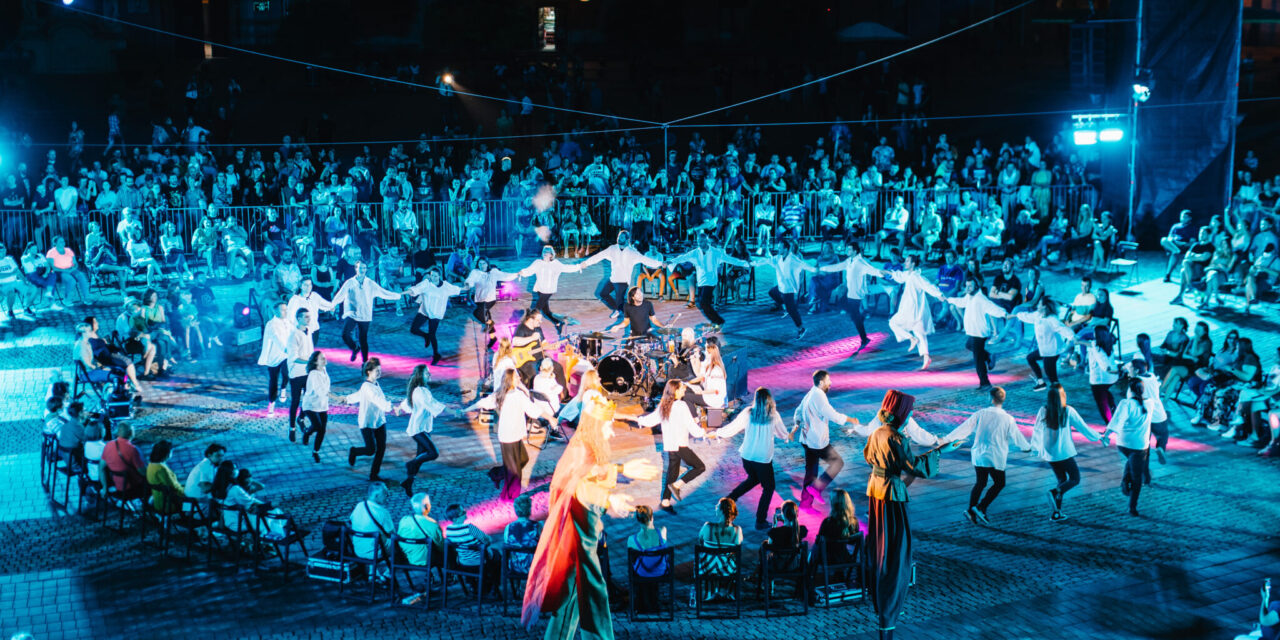 A Theoretical and Organizational Premise

“Centriphery” is an on-going large-scale project, co-financed by the Creative Europe, with nine international European partners: the Festival der Regionen (Austria) as a leading partner; New Culture Foundation (Bulgaria) organizers of the “Goat Milk Festival” which in September will be the next stage of “Centriphery”; Dansehallerne (Denmark); Espoo City Theater (Finland); La Manufacture Collectif Contemporaine (France); Rijeka 2020 (Croatia) which had to withdraw from the project with the conclusion of Rijeka European Capital of Culture 2020 and the cessation of the activity of the institution; Culture New Festival (Netherlands); Walk & Talk (Portugal); and Prin Banat (Romania).

As possible to read in their official description, the mission of “Centriphery” is to be a European creative project of an interdisciplinary, inclusive and intergenerational nature, through the involvement of professional international artists in an intense dialogue with local artists and citizens in decentralized regions.

These premises introduce many elements of theoretical interest at the base of the project, that are involving an interdisciplinary approach that extend the field of “Centriphery” not only to the humanities (specifically to performance) but also to human and social studies.

The concept of “centriphery” itself has implications of interest. As well explained by Airan Berg, artistic director of the Festival der Regionen, “centriphery” is a neologism that unites the ideas of “center” and “periphery”, starting from the premise that each “periphery” is, at the same time, a “center” and has a “center”. There are few other references to the use of this neologism. E.g. Willy Muller, an important Argentine architect based in Barcelona where he is co-founder of the Institute of Advanced Architecture of Catalonia, stated in an interview to Modelar a metropole: “The concept of centriphery means that the periphery is no longer seen as a negative model […]. We could overturn this negative experience, considering that that periphery has important centers in it. With this model, there is a degree of voluntary dependence, in which everyone is dependent on everyone else, which creates different urban conditions”.

It is clear, then, that it is possible to read the concept behind “centriphery” – and therefore also approach the “Centriphery” project – in the light, for example, of the theory of central locations, as theorized by Walter Christaller: it is, on other words,  the concept of urban hierarchy that Christaller deduces and uses to explain the distribution of urban centers, their form and hierarchical structure on the territory. Christaller’s ultimate goals see the need to provide and demonstrate a rational basis for the distribution of urban areas and their arrangement, which is not based on a random location but on gravitational areas. Understandably, the relationship between periphery, center and centriphery, as well as Berg’s words, can be easily read through Christaller’s theory and, at the heart of the “Centriphery” project, there seems to be almost a subversion of the urban hierarchy.

The second element of interest is the genius loci, specifically the concept of “spirit of the place”, which, with roots in the ancient Roman tradition, has been reframed by Christian Norberg-Schulz in his famous essay Genius Loci, Towards a Phenomenology of Architecture (1979) to propose, in architecture, a phenomenology of the study of the environment and an approach based on the interaction between place and identity.

Starting from non-central places of certain countries, thus excluding e.g. Countries capitals or economic hubs, to prefer the periphery – but, as said each periphery is also a center -, “Centriphery” builds its artistic part by working with national and international artists, with the community (and the so-called “citizen-artists”), working on the identity of places. It takes its cues specifically from myths, stories and folk of places that to all intents and purposes constitute its genius loci. Specifically, in each event of “Centriphery,” there are two international artists from two partner’s organizations and two national artists selected by the hosting organization. However, there is also the active involvement of the community, through, for example, “citizen-artists” (non-professional) and the collaborations with other professional local artists.

In the case of Timișoara’s event – that will be out case study -,  the local artists selected for “Centriphery” were specifically the director and performer Ovidiu Mihăiță, co-founder of the independent theater company Auăleu, and the visual artist Livia Coloji, who were joined by and two other international artists-in-residence at the “Centriphery” project: Xiri Tara Noir, activist, performer and choreographer from Denmark, and video artist Conny Zenk from Austria.

Adapting and Performing the Folk Tale in the Centriphery: “Youth Everlasting and Life Without Death”

In the case of the show Tinerețe senza bătranețe și viață senza de moarte (in English: Youth Everlasting and Life Without Death), directed by Ovidiu Mihăiță, produced by Prin Banat, and presented in Timișoara within “Centriphery” framework in July 2021, the elements analyzed above are all present, and they rather constitute a clear key in order to interpret the creative process and staging. Tinerețe senza bătranețe și viață senza de moarte is one of the most famous folk tales of oral tradition collected by the writer and folklore scholar Petre Ispirescu (1830-1887), an author not specifically from Banat (the region of Timișoara), but whose work and specifically this story are an integral part of the identity of the whole Country and constitutes the Romanian cultural baggage. The tale tells the story of Fat Frumos (“Beautiful Son”), son of a King and Queen, and his adventures in search of immortality, fighting with legendary and scary monsters to reach the palace of youth everlasting and life without death. The story therefore represents a strong and logica choice from a theatrical point of view, because it allows an easy understanding and empathy by the wider public, but at the same time represents the genius loci not of the single region but of the entire Romania. It is a story that is part of a Canon, considering in a Canon as essential elements such as ethnos, ethos and aesthetics.

The choice and use of Ispirescu’s story are the basis of a process of writing and rewriting the text for a street performance (although the expression is reductive) that involves acting, singing, music, physical theater and puppetry. However, above all, it is the basis for the synergy between local professional artists, international professional artists and about 60 between musicians, technicians and citizen-artists, the real heart of the creative process.

As Gianni Rodari reminds us, the fairy tale – but we can extend it to many folk tales of oral tradition – is not a place and it is not a time, but the fairy tale is the place of all hypotheses. The folk tale therefore represents the genius loci, the element of implicit artialization of the place and through that the place, almost paraphrasing an expression of geographer Eugenio Turi, becomes theater. As mentioned, the adaptation of the folk tale collected by Ispirescu turns into a large-scale theatrical show, presented in the central Piața Libertății in Timișoara: a folk tale that sees the presence of live music, voice and choirs, puppets, citizen-artists who not only collaborated in the visual creation of the whole but took part as performers themselves. From this perspective, there is a conscious return to what the performative element of the fairy and folk tale is. The artists had the courage to create a work that speaks not necessarily and exclusively to children but also to adults. It does it in two ways: firstly, by creating a clear link with today’s reality, demonstrating the universality of the myth; secondly in the dramaturgical construction itself, visually and soundly complex, with elements conceptually close to the macabre. In Tinerețe senza bătranețe și viață senza de moarte, the “macabre” construction is central and is evident in the staging. The direction, scenography and stage setting, in fact, provides a position of the audience in a spiral way with music, choir and voice that are placed in the center of this spiral. The performers and the giant puppets, as well as the mass scenes with the “citizens-performer ”, move in the spiral converging in the center. On the one hand, the result is an almost unconscious reference to the medieval iconographic theme of the “Danse Macabre”, which well fits the content and theme of the show and the story of Ispirescu. However, taking up what was said at the beginning, it seems also a kind of visualization of Christaller’s “gravitational model” of center and periphery.

Together with the director Mihăiță, several professionals worked on the show (and it is necessary to give credit to such a fantastic team): Ciprian Tauciuc, already in force at the local Romanian Opera, worked on scenes and puppets, together with puppet master Cuța Gornic; Austrian artist Conny Zenk coordinated the sound, while another international artist Xiri Tara Noir worked as choreographer and movement director, coordinating the many non-professional performers; the music is by Sol Faur with Beatrxi Imre Leila as head of the choir; Lia Pfeiffer, artistic director of Prin Banat, was in charge of the costumes, Călin Cernescu of the lights; production supervisor was Bogdan Cotîrță; the second Romanian artist of “Centriphery,” Livia Coloji, was responsible for the design. To these must be added, as said, more than 60 among professional performers, musicians, technicians and citizen-artists. 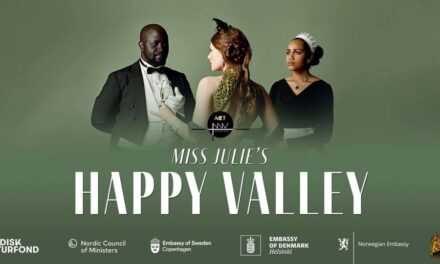