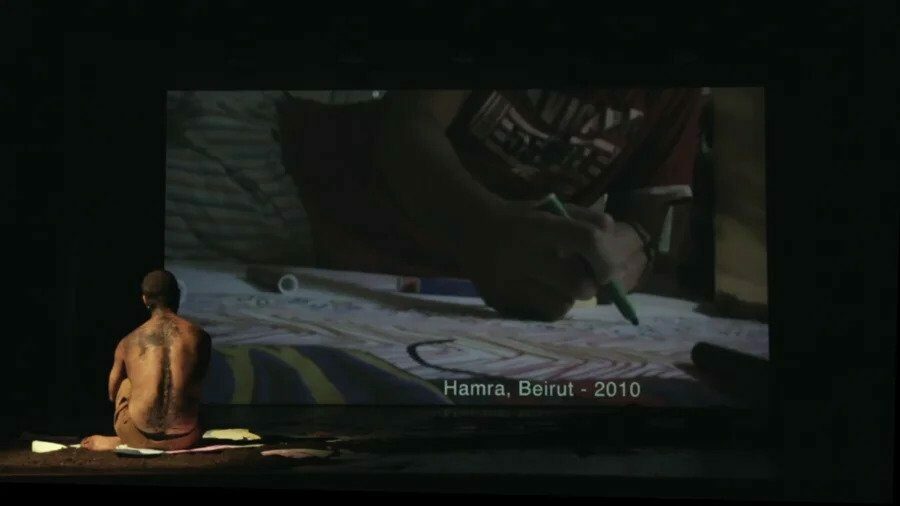 "LOS PAPELES" – الأوراق from Anthony Kmeid Image from the public video of the performance.

Los Papeles by Anthony Kmeid, presented at the Cotxeres Borrell in Barcelona on March 23, 2019, is a very difficult show to define. Not completely dance or physical theatre, with some part of pure stand-up comedy, and an important digital and video element, the work is a very emotional and strong performance that is the same time memorial theatre, written story-telling, and film.

This mix cannot be a surprise considering the background of the artist: a videographer and performer of Lebanese origin, whose work always seeks to reflect a questioning of his ethnic and gender identity. Divided into 5 papers/chapters, Los Papeles narrates the long journey from Beirut to Barcelona, talking about origins, immigration, and forbidden love in Lebanon.

In the performance there is not the main medium, but all the components help each other in creating a common meaning for the spectator, but equally they have also an individual force: the physical performance of Kmeid, supported by Yucef Zraiby, is effective and he shows how to manage both the drama and comedy (excellent the passport scene); the videos are of a very good quality both in terms of production and in terms of story-telling, creating a clear cinematic effects; the use of the recorded voices – in Arabic – and the caption – translated into Spanish – are an added value to the narration. No single words, in the one used, is unnecessary.

What Kmeid does in his work is to create a multi-layered performance with a  multiplication of texts (and exploitation of the subtext), in which the identity of the protagonist can be read as a result of the above mentioned different elements. 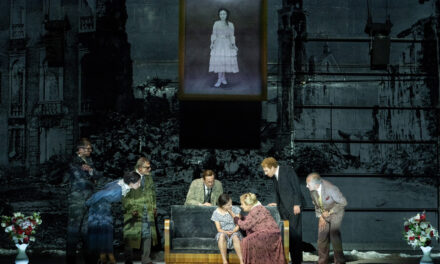