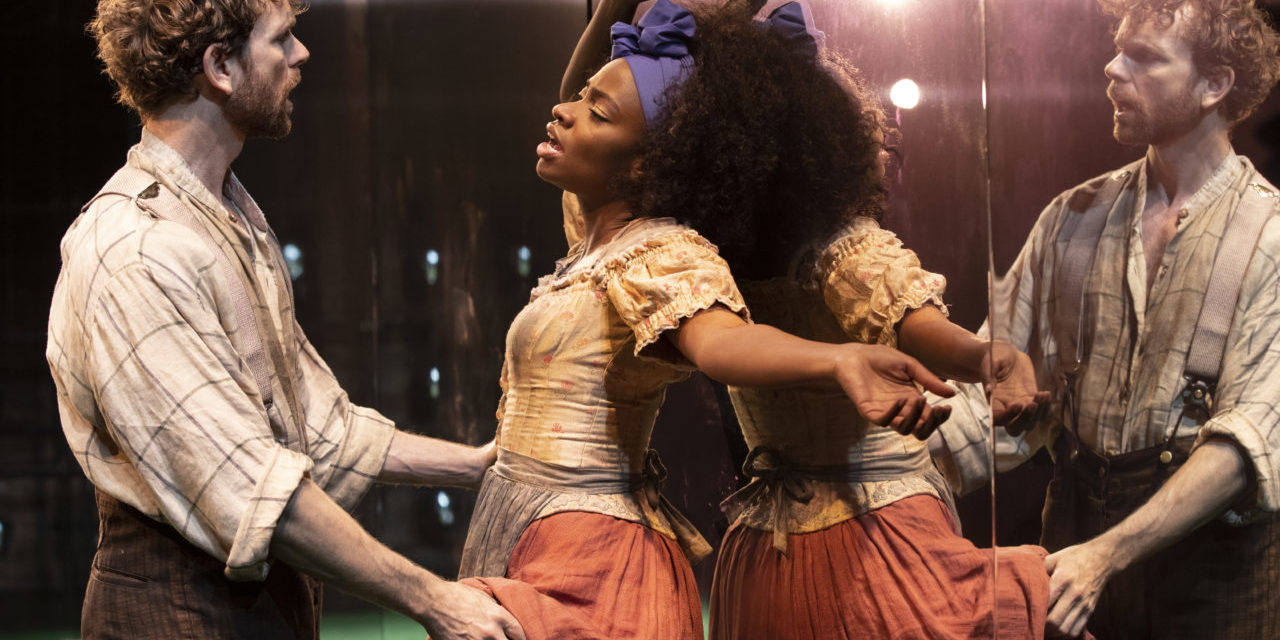 An audience-sized mirror, a small wooden table with a bowl of fruit, and the lyrics to Rihanna’s Work hovering above the set, frame the world of Jeremy O. Harris’ psychosexual provocation currently playing at NYTW in New York.

After performing my ritual inventory of searching the audience for other black people (how safe am I tonight?), I immediately begin deciphering messages. I expect that everything I see is telling me something.

Over what I determine to be a slightly too-titillated majority white crowd, I notice the sound of chains (an auction block?): I wonder how many others in the sea of whiteness are paying attention to the pre-show. The set-up. The mirror revealing the audience’s reflection speaks loudly as a comment on our accountability. 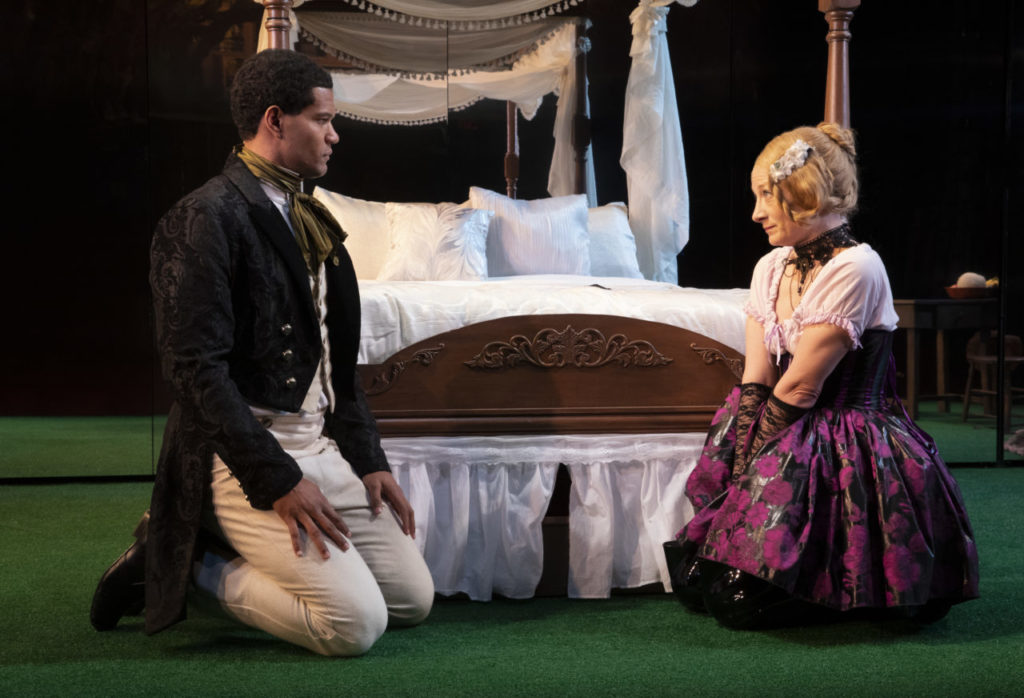 Rihanna’s Bajan slur over-scores as the stage reveals its first embodied image: a young black woman, Kaneisha (played with elegant exactness by Teyonah Parris), twerking. Some of us know twerking is a form of healing. I suspect a large percentage of the audience witnessing this imagery is clueless about such things. This seems unimportant to Harris as he launches us deeply and immediately into the anti-black, psychosexual waters. We watch Kaneisha work and work for a while. A giggle erupts from some observing eye.

Work’s lyrics, “Nuh body touch me you nuh righteous” become embodied in Kaneisha’s dynamic with her white husband, Jim (Paul Alexander Nolan). We learn through them and two other interracial couples’ stagings of imagined antebellum sex acts, that each of the black partners in these dynamics feels untouched. They struggle to orgasm. They are perpetually unseen and unheard. Whiteness has literally stolen their aliveness. (This makes the reclamation of orgasm as existential as it can get.)

They search for this reclamation via pilgrimage to a plantation—the original site of black trauma (after the West African village, the Atlantic and the auction block). It looms in the background of the mirror that spans proscenium space. “Antebellum sexual performance therapy” is literally reflected throughout the theater. 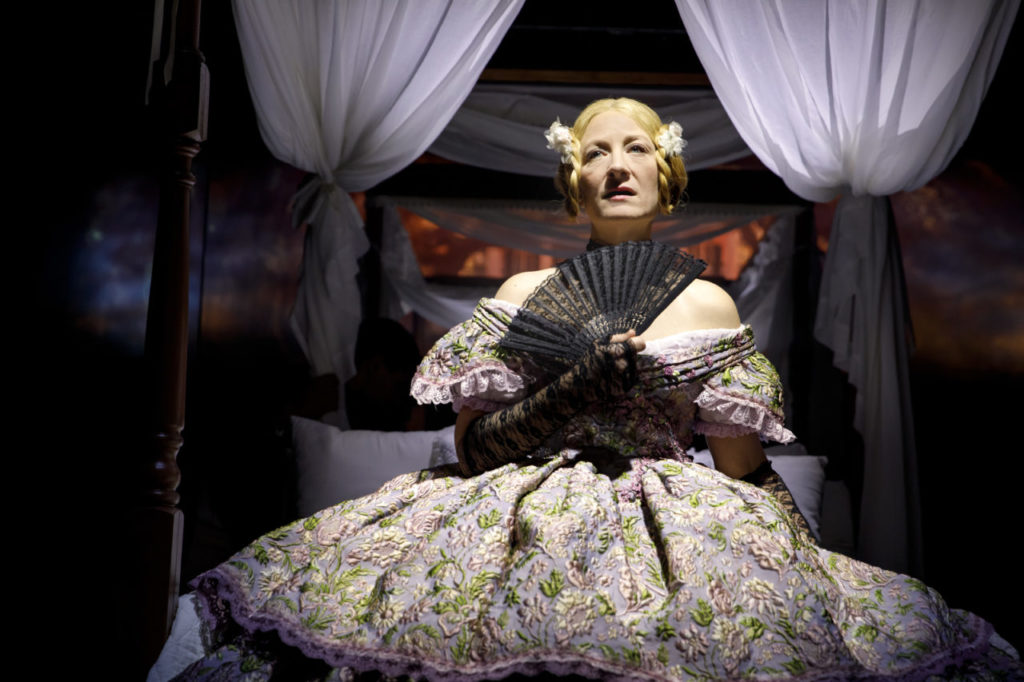 The therapy delivers these questions: if the only way white people (who perpetually, un/knowingly engage in the violences of whiteness) can touch us is through violence, why not just be honest about it? What happens to those relationships if we are frank about the distresses that pervade them? This query seems at the core of Harris’ world. The characters—particularly Kaneisha, search to be made real through the only touch that brings their psyches quietude. It is the touch that is always lurking somewhere nearby in America anyway. When the violence of the psychosexual “slave play” is enacted outwardly, it is an attempt to confirm the inherent violence of whiteness the black mind already knows.

This violence also applies to queer couple Gary (Ato Blankson-Wood) and Dustin (James Cusati-Moyer). Though their dynamic introduces nuance and flip-flops absent in the hetero renderings, it does not escape the slippery subconscious presence of the plantation. Everyone must consider their relationship to this place.

This consideration is even offered more directly by the play’s second act, aptly named “Process.” Harris breaks the previous psychosexual frame with the addition of two female characters Tea (Chalia La Tour) and Patricia (Irene Sofia Lucio), who are literally therapists questing to aide the interracial couples through parsing their antebellum sex games. They are here to assist in the search for healing, it turns out, not only for the other couples but to sort through their own interracial relationship. Act two’s comedic knots give guidance on how to ruminate on the previous events of the play; some of which include a fiddle-playing slave penetrated by his mistress, queer boot play, and Jim’s refusal to call his wife a “negress.”

Meanwhile, the soundscape pulsates. Rihanna’s lyrics never quite disappear. There is even some suggestion that each black partner has a disorder that causes them to hear songs playing through their minds on loop. 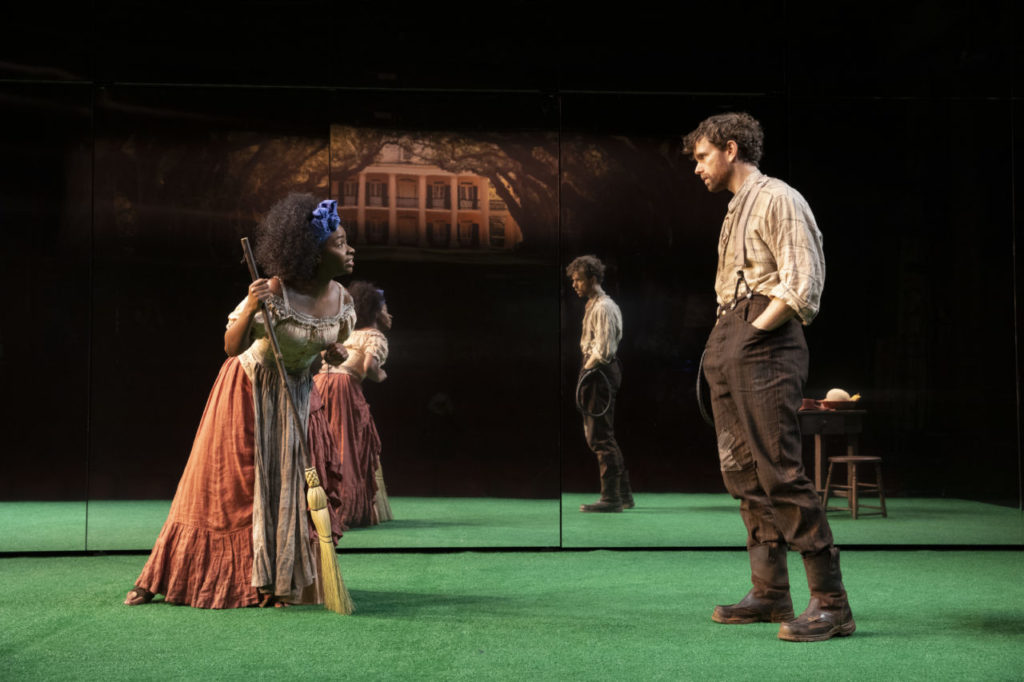 Are we crazy, or are you violent?

Throughout, there are familiar moments that confirm the latter. The white woman / black man relationship between Alana (Annie McNamara) and Philip (Sullivan Jones) is particularly pointed on this front. Parris also delivers a monologue that captures a gut-wrenching truth about whiteness. It reverberates through bodies in the house; causing legs to cross and throats to clear.

Act three is entitled “Exorcism.” I am left wondering who the exorcism is for.

In Act three, the relationship between Kaneisha and Jim is the proxy (or accumulation?) of all we have previously witnessed. Harris pours a monologic aria into Kaneisha, building to a final request that Jim help her “lie with grace.” She has seen his whiteness and cannot unsee it. The violence must be enacted between them in order for the relationship to continue. After two acts of perpetual refusal, Jim decides to listen. Next, a scene that calls to question the limits of consent. Who is in control? How do we read the bodies in front of us right now, enacting the past that is also present? What to make of the bodies?

It plays now in an echo-y haunt. Like grooves in an LP, I read every line (perhaps to feel safer next to the white people to my left, right, front and back?). I hear, “nobody touch me in duh righteous” and realize this is different from what sits above the mirror:

“no body touch me you nuh righteous.” 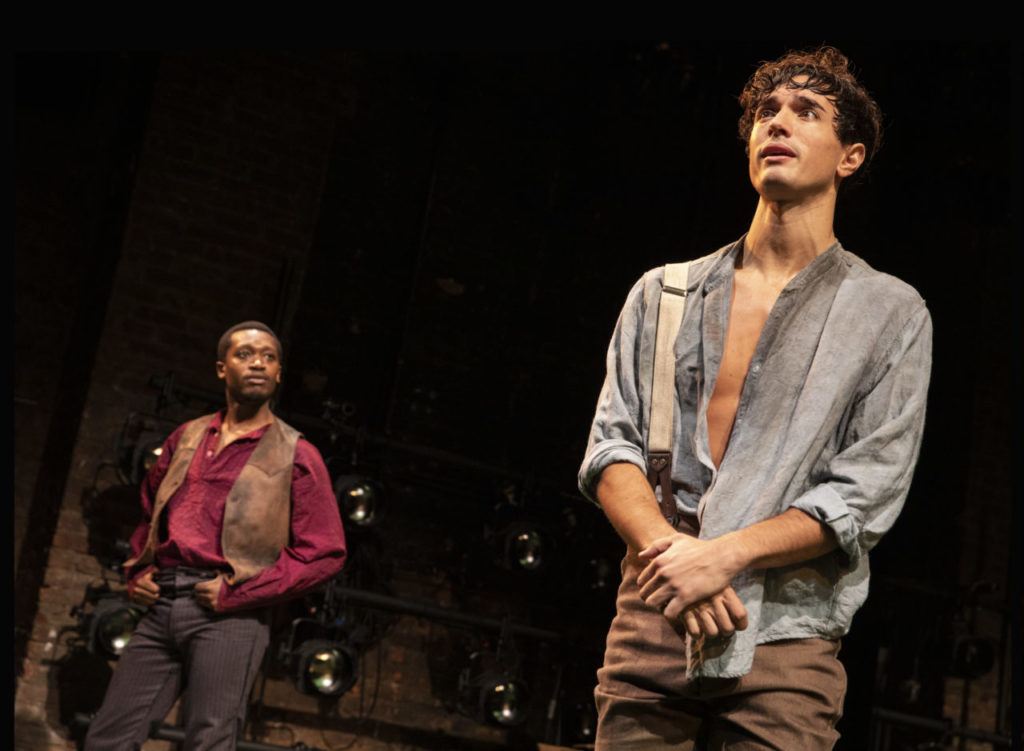 Who is the rendering of the negress for?, I wonder. Myself and the other black women flowered through the house are familiar with the black female body as a therapeutic site and “quantifiable flesh.” So is everyone else, in fact. What is it that is happening here?

The strength of Harris’ writing and Parris’ performance could almost carry us through, except that there is no easy way to get through this. I remember now that Harris is in the audience-sized mirror as well. I summon the knowledge that queer black male bodies are not black female bodies. I recall that black female directors, dramaturgs, producers are not listed in the program on my lap.

Kaneisha embodies the zenith of Harris’ psychosexual game. Why? We, collectively, must sort through the complexities of this historically-weighted choice.

Slave Play eschews comfort. In the fracture is the place where Baldwin and Lorde left off. Lorde tells Baldwin that “truly dealing with how we live, recognizing each other’s differences, is something that hasn’t happened…” There is much work left to do. We are not in duh righteous yet. 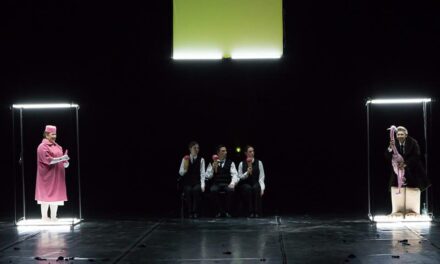 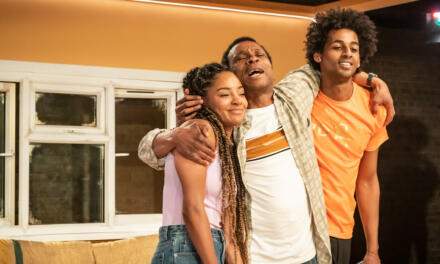