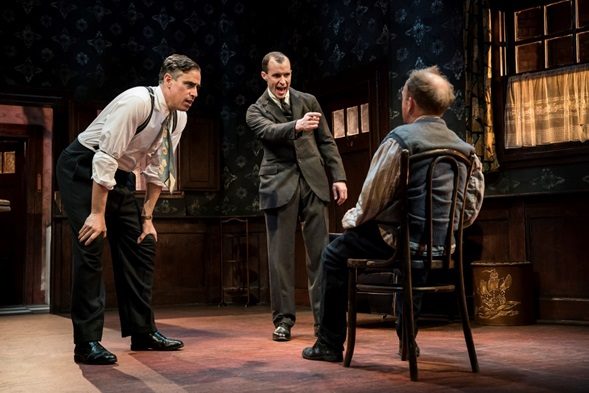 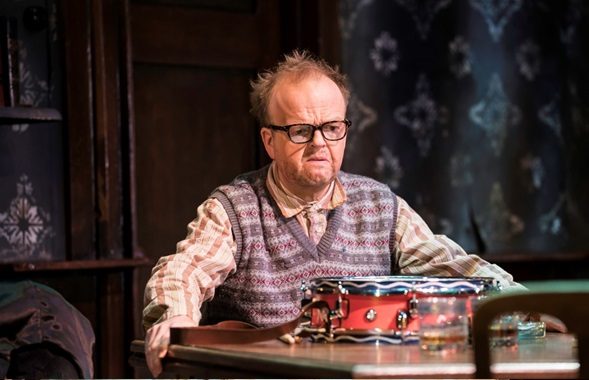 The play opens with Meg (Zoë Wanamaker) and Pete (Peter Wright) sitting in the living room of their rundown seaside boarding house; engaged in futile conversation while having breakfast. Down the stairs comes Stanley (Toby Jones) the only boarder they have been having for years now. He is an unkempt, bespectacled, disheveled, ill-humored man in his thirties whose appearance in the scene quickly sets the tone of the play. The performance unfolds a determining twist when, after Pete leaves for work, Meg tells Stanley that two new guests will be arriving shortly in the afternoon. The story continues as Goldberg (Stephen Mangan) and McCan (Tom Vaughan-Lawlor) arrive at the inn ready to celebrate Stanley’s birthday together with Meg’s friend, Lulu (Pearl Mackie). 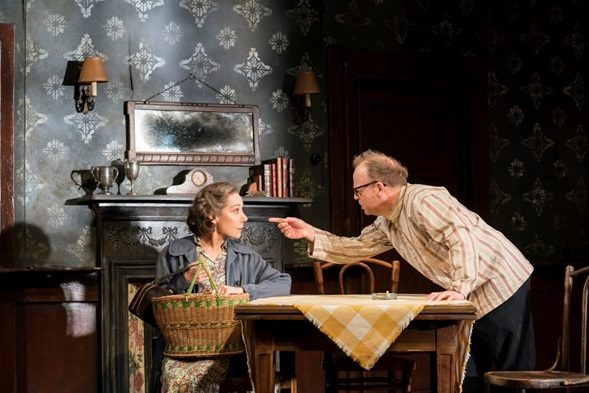 Both Toby Jones and Zoë Wanamaker’s astounding first thirty-minute performance allow the audience to realize that the play could surely fall somewhere between P.D James’s mysteries and Kafka’s gloomy plots. As in all absurdist Pinteresque plays, the unspoken becomes the invisible thread resulting in a purely cryptic performance in which spectators’ main role is to unfold the character’s true intentions and to decipher which tragic past event might have paved their way for them to behave in such a way. Much is left open to free interpretation or even comprehension, as events sometimes fail to follow a coherent order and meaning. 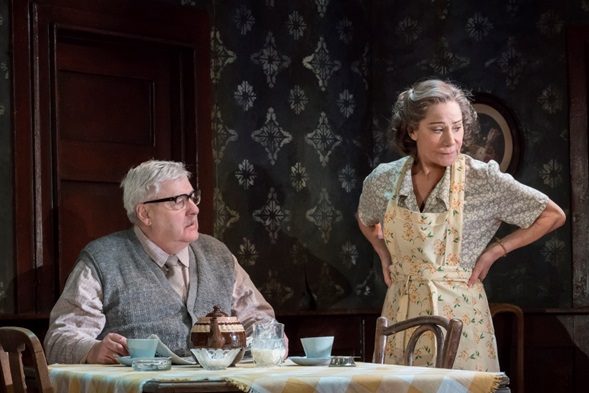 The play is electric in many ways and does not fail, not even for a second, to leave the audience perplexed and entertained. Greatness comes hand in hand with Zoë Wanamaker’s perfect interpretation of a childless woman in her sixties who yearns for a male son and has found her devotion to motherhood in his unshaven tenant with whom she even at times flirts, denoting some kind of incest. Her astounding grotesque and caricaturesque performance together with her perfect diction bring about a character that keeps the play flowing and whose absence is far more than notorious. Toby Jones is excellent as Stanley, a man about whom we know very little and whose enigmatic aura captures the audience’s full attention. It is also important to highlight Stephen Mangan’s verbal duel with Stanley over control of the room and resulting in the celebration of a birthday party. The feminist touch is portrayed by Pearl Mackie who adds a bit of color to the sometimes greyish man dominated atmosphere. 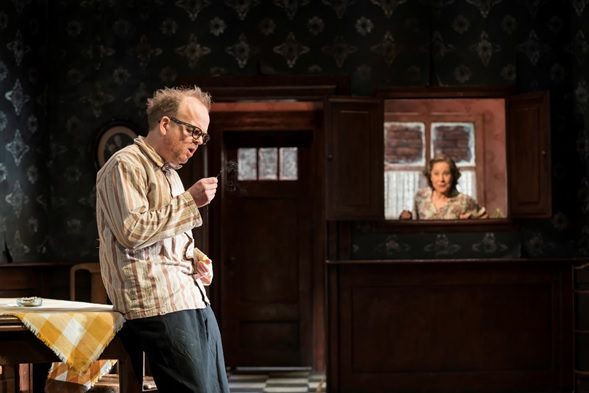 Ian Rickson proves to be the perfect person when directing and reviving absurdist classics as he has already confirmed his capacities in Betrayal and Old Times. The Birthday Party does not fail to make good justice to his name as he now ads an excellent, unsettling and destabilizing new adaptation to his credit. 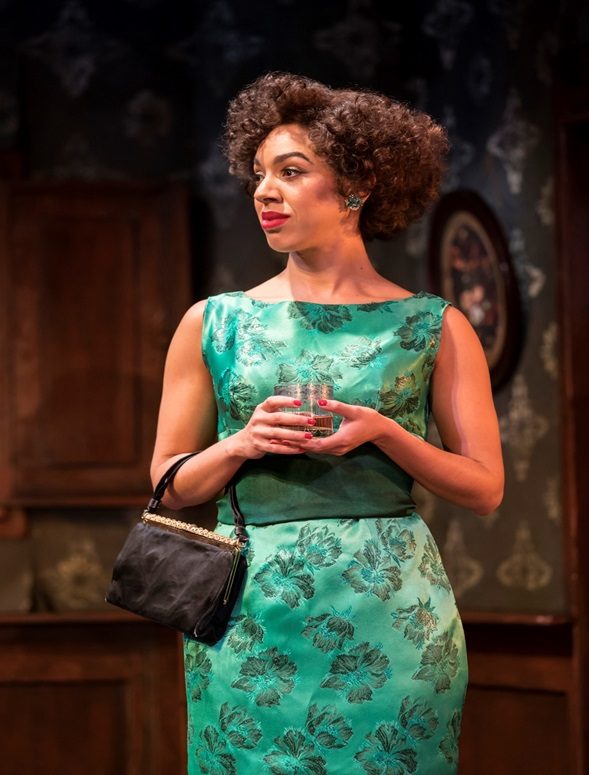