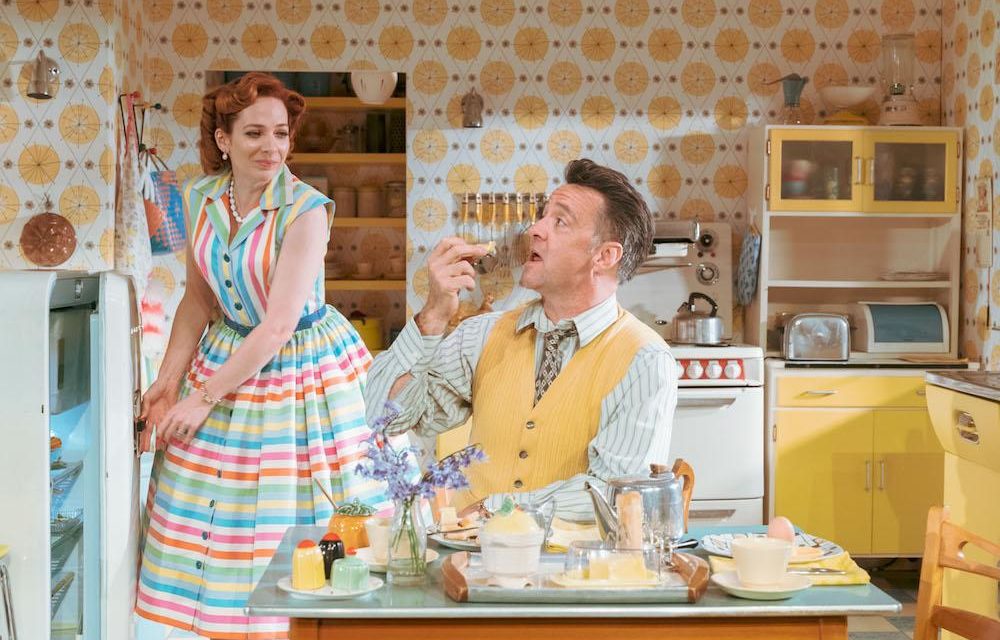 Nostalgia used to be a disease, but now it’s a lifestyle choice. Look around you: British reality television programs feature families living in the 1940s, history documentaries require presenters to dress up in period costume, while reenactment societies boom and vintage shops prosper. E-bay is full of retro fashions, as well as furniture your parents might have thrown out years ago. An extreme form of this fascination with the past is central to Laura Wade’s new play, which opened at Theatr Clwyd in Wales in June, and is now at the National Theatre. Its crowd-pulling star, television comedy’s Katherine Parkinson, has helped to sell out the show, which is a fine mixture of interesting ideas and emotional desolation.

Set in the kitchen and living room of Johnny and Judy’s suburban home, the story starts on a sunny morning in what looks like the 1950s, as a married couple prepares for the day ahead. She makes breakfast in her lovely clean kitchen and ensures that her hubby is ready for work, while he gets ready for the office. He works for an estate agent and values properties for sale, while she is a housewife, and spends her life cleaning the home and cooking. It is a typical 1950s scenario. Except that it isn’t. At the end of the scene, Wade makes it clear that this is a contemporary 2010s couple, and that they have decided to make-believe that they are living in the 1950s.

It’s an odd choice, especially when it emerges—in subsequent scenes—that this fantasy life is meticulously totalizing. Thirty-eight-year-old Judy (played immaculately by Parkinson) buys her vintage clothes from E-Bay and second-hand shops, she carefully puts today’s food products into period containers and won’t allow mobile phones or laptops to be visible in the house. She has also banned swearing, insists on a vintage fridge, and an old-model car, and even plays black and white DVD films on the couple’s ancient, but specially adapted, television set. Needless to say, her 67-year-old mother, Sylvia, thinks she is crazy.

That’s because Sylvia is a 1970s feminist who remembers very well exactly how bad the real 1950s were (cold, miserable, with rationed food and cramped horizons, especially for women). And she is disappointed that all her campaigning for women’s rights has been of no use to her daughter. More sympathetic is Fran, Judy’s friend, who also loves old clothes although she’s not so keen on spending her time being a housewife, and her older partner Marcus, who is a great dancer. In fact, the two couples have previously gone to Jivestock, a kind of Woodstock music festival with a 1950s theme, and they share an interest in retro-style. But the difference is that while Fran and Marcus see this as a weekend hobby, Judy wants it to be her complete lifestyle.

Wade’s play shows how this fantasy comes under strain. It emerges that Johnny, despite his domestic pampering, is not doing very well at work, so the bills are beginning to pile up. Judy’s solution, to hide the final demands under the sink, is no solution at all. But maybe he could get a promotion. So when Johnny gets a new boss, the young and attractive Alex, Judy suggests inviting her around for cocktails—in 1950s style, of course. But will she admire their passionately nostalgic lifestyle, or not? And was it a bad mistake that Judy gave up her well-paid job in finance to indulge her escapist obsession of living in the past? Surely, the skeptical Sylvia couldn’t be right after all?

Wade neatly unravels Judy’s fantasies, showing how fragile this once apparently confident woman now is, and dwells a bit on her disillusionment and her fears. But although this is a strong satire on both the domestic ideology of traditional housewifery and contemporary fantasies of living in the past, I’m not sure that Wade delves as deeply as she could into Judy’s mindset. The more I think about it the less convincing her character is. For an intelligent woman, her desire to cut herself off from the modern world seems under-motivated, and is it really credible that someone who once worked in finance would mess up her domestic finances in the way that she does?

Likewise, I thought that the story’s ending, however tongue-in-cheek, was less convincing than the marital strains exposed during the play. Even so, what left me most troubled were some of the situation’s political implications. Not only is Judy dedicated to living a fantasy life, but also her hypocritical desire to keep secrets seems (in her manipulation of Alex, her husband’s boss) to pay off (improbably enough). The threat of homelessness is staved off, in a very middle-class way, by the bank of mum and dad, and the subplot of the male harassment of females at work is treated very lightly. Somehow a storm of tragedy has been turned into a sunny new morning.

Still, there is much to enjoy in Parkinson’s stellar performance as Judy, a role that she has made all her own. Her enthusiasm for her role as super housewife, who makes her own marmalade and grows vegetables in the garden, radiates from her every gesture, and the brittleness that comes from reality cuts convincingly deep. She really makes us feel Judy’s pain. And, as the plot unfolds, much of her embarrassment too. Richard Harrington’s more down-to-earth Johnny is a good match for her, and Barnaby Kay (Marcus), Kathryn Drysdale (Fran), and Sara Gregory (Alex) provide good support. Sian Thomas’s cogently feminist Sylvia is a delight, and her speech about what the real 1950s were like for women gets a well-deserved round of applause.

Tamara Harvey’s sympathetic production has a large retro-styled set by Anna Fleischle, which is satisfyingly detailed and often beautifully lit. The 1950s music is well selected, and the dance sequences, an obvious metaphor for sex and marriage, are choreographed by Charlotte Broom. But it’s Parkinson’s utter commitment to the role of a female obsessive fantasist that makes the evening memorable, especially when she reveals the lonely core at the heart of her marriage. Today, with reactionary forces flexing their sexist muscles on both sides of the Atlantic, this intelligent critique of the gender divide is both timely and relevant.

Home, I’m Darling is at the National Theatre until September 5 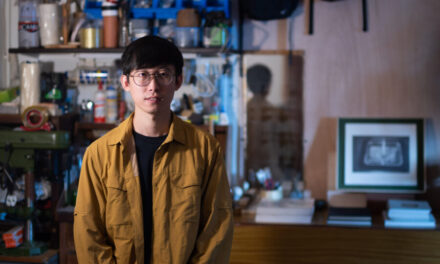 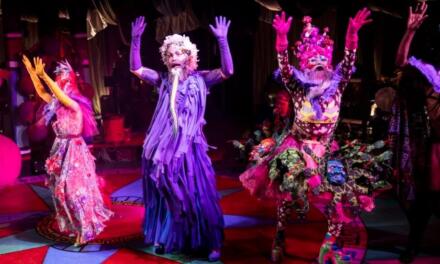 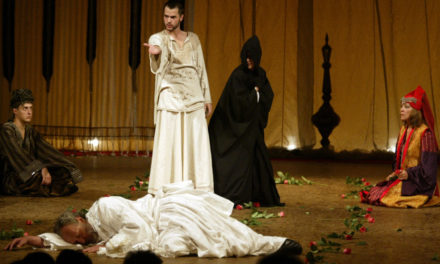 Does ‘Translating’ Shakespeare Into Modern English Dimish Its Greatness?