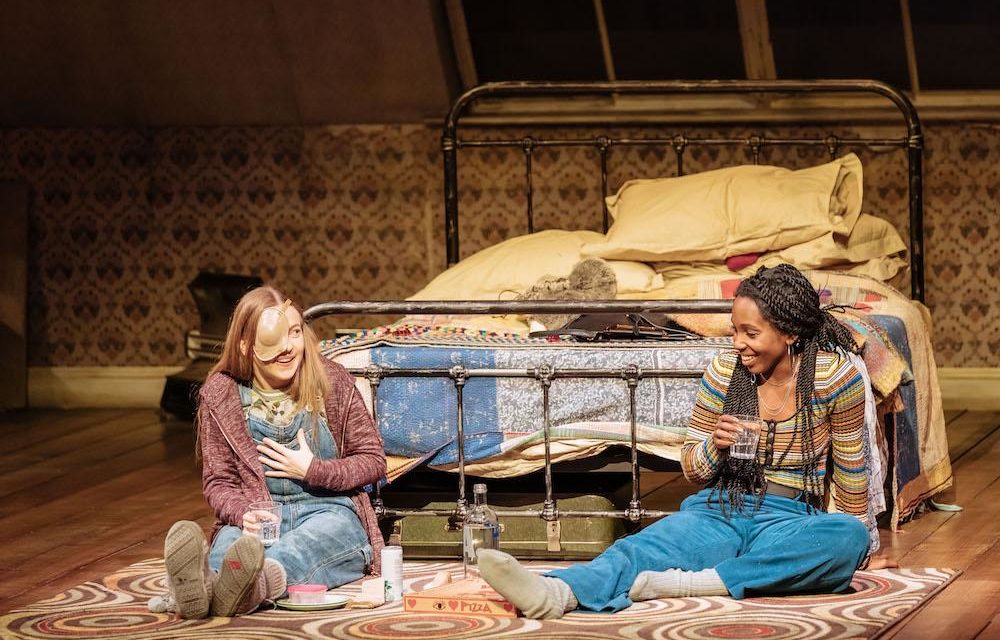 Can you really turn a three-page short story into a full-length play? What would you add, and how would you avoid accusations of padding? Anthony Neilson’s new version of Edgar Allan Poe’s The Tell-Tale Heart, a classic gothic chiller which was first published in 1843, has to confront this issue head-on. I mean, the original is so perfect, so economical and so precise that any adaptation is bound to feel much baggier and much more unfocused. How do you get around this? Neilson, who also directs, tackles this problem head-on by reimagining Poe’s gothic tale in an entirely contemporary way and filling his version with narrative tricks of every kind.

Neilson begins by introducing his main character, Cecile, who is a young playwright, at an awards ceremony podium. She has just won the best play award for her Pendulum, a typically wry reference to another Poe story, The Pit and the Pendulum. Although she appears to reject this honor, this tricky play soon suggests that the boundaries between reality and fantasy are very flexible—and argues that we should take nothing at face value. So, when Cecile leaves London to escape her new-found notoriety, and takes an attic flat in Brighton, or thereabouts, ostensibly to give herself the space to write her new play about globalization, we are entitled to wonder how much of what follows is true, and how much is a nightmare.

It appears that Cecile’s landlady is Nora, a young woman who wears a half-mask to conceal a facial disfigurement and that she is fascinated by her new tenant. Nora is quite naïve and is enthralled that an artist has chosen to live in her house, especially in the large attic studio that once belonged to her brother Laurie, a painter who—when she was a child—captured her likeness on canvas. At first, irritated by her landlady’s intrusions, Cecile eventually warms to her and suggests that she remove her mask. After all, the disfigurement can’t be so bad: why give it more power by hiding it? But when Cecile finally sees Nora’s hidden eye, she begins to get obsessed with it and decides to rid herself of its gaze.

Very soon, Neilson introduces the first of many complications: the lighting changes and Gorman, a detective, comes on stage. The playwright’s landlady has disappeared, so does her tenant know where she has gone? As the award-winning dramatist tells contradictory stories of what happened to her landlady, Gorman gets more and more suspicious. And, of course, we watch in horror as Cecile commits a gruesome murder and, as in the original Poe story, dismembers the body and hides it under the floorboards. But is everything as it seems? Certainly not. The warnings are all there: the playwright is a creator of fictions, and this particular playwright is a drug-taker, perhaps a psychotic, certainly an obsessive.

Neilson’s play is both a thriller and a postmodern compendium of various gothic stories: there are touches of Oscar Wilde’s The Picture Of Dorian Gray, Alfred Hitchcock’s Blackmail and Roger Corman’s The Man With X-Ray Eyes. And many others. The claustrophobic atmosphere of the attic room is made weirder by the fact that the names of the characters mutate throughout. Most of all, this is a twisted take on narrative and audience credulity. Each scene complicates what we know and think about the central story, and the playwright (which one?) shows how reality can be interpreted, reinterpreted and then smashed to pieces. As the furniture begins to move of its own accord, an arm shoots out of the floorboards (very Carrie!) and poltergeist crowd in, Cecile—or is it Camille?—experiences a breakdown in which the watching eye of Poe’s original plays a central role. It’s all very David Lynch.

The pleasures of Neilson’s tricksy plotting suffer only from the same problem that afflicts Poe’s original: while the story concentrates on the supersensory experience of sight and sound, a baleful eye and hearing the beating heart of the dead, it ignores the even more gruesome reality of chopping up a human body: there is nothing here about the smell of death, nor about the silliness of attempting to conceal a decomposing body under the floorboards of your own room. Instead, we have a smelly toilet joke. Still, there are plenty of visual effects, from blood-red lighting to a moon-sized eye, and the idea of being trapped in a dream within a dream comes across brilliantly.

Helpfully, the program includes not only Poe’s original story but also a couple of articles which reference work that finds an echo in the play: when Luis Bunuel’s surrealist masterpiece, Un Chien Andalou, is mentioned you can be sure that The Tell-Tale Heart will also feature an atrocity. As the schlock horrors mount up, a touch of the manic quality which characterizes Poe’s story is reproduced in Cecile’s mounting anguish. As so often with postmodern tales of fear, it is not so much the gruesome acts that upset as the psychological distress and emotional intensity that hits home hardest.

The Tell-Tale Heart is at the National Theatre until January 9. 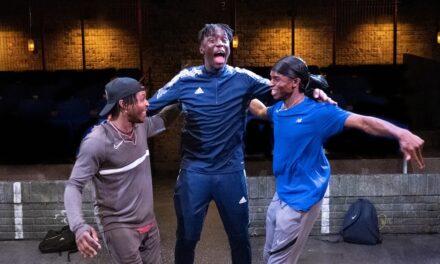