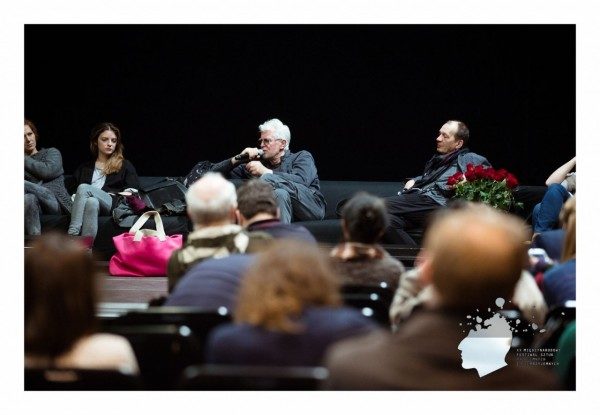 What Lupa staged in Wrocław was simply a bad play. Waiting Room.0 is an intentional formal and intellectual wasteland.

In Waiting Room.0, Lupa neither exposes his graphomaniac tendencies, as was gleefully reported on internet forums by a certain informal support group for theatrical failures, nor does he suffer defeat, as an artistic experiment cannot, by definition, end in defeat. What Lupa staged in Wrocław was simply a bad play.

Before Waiting Room.0 even premiered, Lupa had already been warning potential critics that the performance was going to be an “experiment,” “improvisation,” and a “collaborative piece,” in an attempt to take this banal story about banal things and make it more like banalism, an intentional artistic effect previously associated with literature rather than the performing arts. Waiting Room.0 suffers not from a badly constructed narrative, but from an inherent lack of plot. This extreme departure from theatrical solutions is not a lack of ideas; Waiting Room.0 is an intentional formal and intellectual wasteland. This radical solution involves the abandonment of theatre as an artistic medium, in which a brilliant director and talented actors create meaning through the careful use of form. Lupa launches a tough right hook at such preconceptions. And it is there that his role as the director ends. Lupa’s absence is an evident display of tenacity rather than incompetence. However, it also demonstrates his utter disregard for the audience. 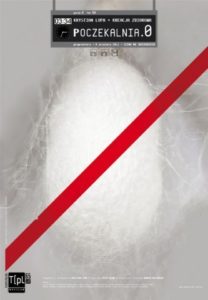 Art without form, content without meaning: at the conceptual level, Waiting Room.0 is a true experiment. It turns out that the X at the beginning of the play’s original title (X-periment) was more than just a fashionable and effective lexical gimmick. The X is the key to Waiting Room.0: an unknown, a goal, a mathematical variable. We quickly realize that this “collaborative piece” doesn’t just involve the director and actors, but much wider groups, perhaps even including those who, as Jung proposed, dream of cultural archetypes. But in Lupa’s piece, this group dreams of nothing but Xs.

The stage features nothing but Xs, the words uttered on stage are all Xs. There is thus no point in describing the events of the play, explaining who said what to whom, as none of this actually matters; none of it serves to further our understanding of the piece. Anyone who listens carefully in an attempt to piece together the bits of dialogue, anyone who pays close attention to satisfy their own analytical tendencies, is led down the wrong path and suffers defeat from the get-go. If the name “Auschwitz” appears anywhere in Waiting Room.0, it is not as a meaningful context, nor—God forbid—as a hint of the desperately-awaited meaning of the piece. In Waiting Room.0, the word Auschwitz is merely an abyss, a black, dark, thunderous word, like the stream of black sludge pouring into a metal well at Mirosław Bałka’s concurrent installation in Wrocław.

Such words/abysses and empty gestures make up the entirety of the four-hour performance. These words cause no harm, evoke no thought, nor are they poignant: they’re simply not there. Lupa doesn’t want to tell us that they’re not there, nor does he want to say: “Look, you don’t exist either.” Lupa doesn’t say anything, as a matter of fact. Can’t he? Won’t he? Who knows. Any explanation would be a drastic compromise, a momentary lapse in non-existence, and would only serve to build rapport with the audience. The power of Waiting Room.0 lies in its stubbornness, its unwillingness to bend. That is the only thing that moves us in this piece, which never existed anyway, and never will. It did not premiere on September 8, as September 8 never existed, nor did Wrocław, Lupa, or any of his actors. If you ever go see this play, remember (you won’t) that you’re not going to see it. Not being is precisely the point. The piece is an absolute “0” in terms of content and form. Waiting Room.0 is a physical event rather than an artistic one.

In Persona. Marilyn, the first part of the performance is equally banal and irrelevant. But the first two hours are like a slowly-wound spring: without them, the last half hour would make no sense. The finale of Marilyn wouldn’t be nearly as shocking had Lupa not employed the technique of irritating the audience, leading it to give up and settle into mindless, liberating boredom. It is then that Lupa shoots us right between the eyes. The structure of the play is ingenious, and the effect is stunning. In Marilyn, the key part of the structure is a volta, a sudden leap from banal reality into a staggering metaphor, casting a sharp, burning light onto the realism that preceded it. The shots fired at the end of Waiting Room.0, meanwhile, sound flat, like firing a cap gun.

The point of Waiting Room.0 is to endlessly protract, exhaust, extinguish, and deafen both the performance and the audience. It’s quite literally the end of the line for everything and everyone; no shortcuts or theatrical gimmicks by the erudite director. It is not supported by any structure that could latch onto the audience’s fleeting attention (one does not sleep in Lupa’s waiting room, one falls asleep forever). This is precisely why the project is so radical and consistent.

Yet the consistency of this experiment, while certainly admirable, is the downfall of the piece. Or, to put it differently, the presence of the audience is completely unnecessary, even if Waiting Room.0 is the most important performance Lupa has ever put on for himself. It seems quite likely that he is, in fact, the only intended audience member.

This post originally appeared on Biweekly.pl in September 2011 and has been reposted with permission.