The Tempest, first performed in 1611 and probably Shakespeare’s last solo-written play before his late collaborations with John Fletcher, used to be read as the playwright’s swan-song goodbye to the magic of theatre. But since postcolonial theory emerged in the mid-20th century, The Tempest is now usually performed to comment on the beginnings of the British Empire in the early 1600s.

The play is, after all, about the powerful Prospero – the exiled Duke of Milan – who claims an island as his own and uses his magic to enslave the dispossessed inhabitants, Caliban and Ariel.

Postcolonial rewrites of The Tempest take Caliban’s accusation of Prospero, “This island’s mine […] Which thou tak’st from me”, as their cue to reposition Shakespeare’s “thing of darkness”, Caliban, at the centre of the story.

The Sydney Theatre Company’s The Tempest, directed by Kip Williams, is the latest adaptation in a performance tradition that “writes back” to empire, here from an Australian perspective.

Taking a play that sometimes justifies the enslavement of the island’s original peoples and performing it to convey an optimistic message about Australia’s future is not an easy task. 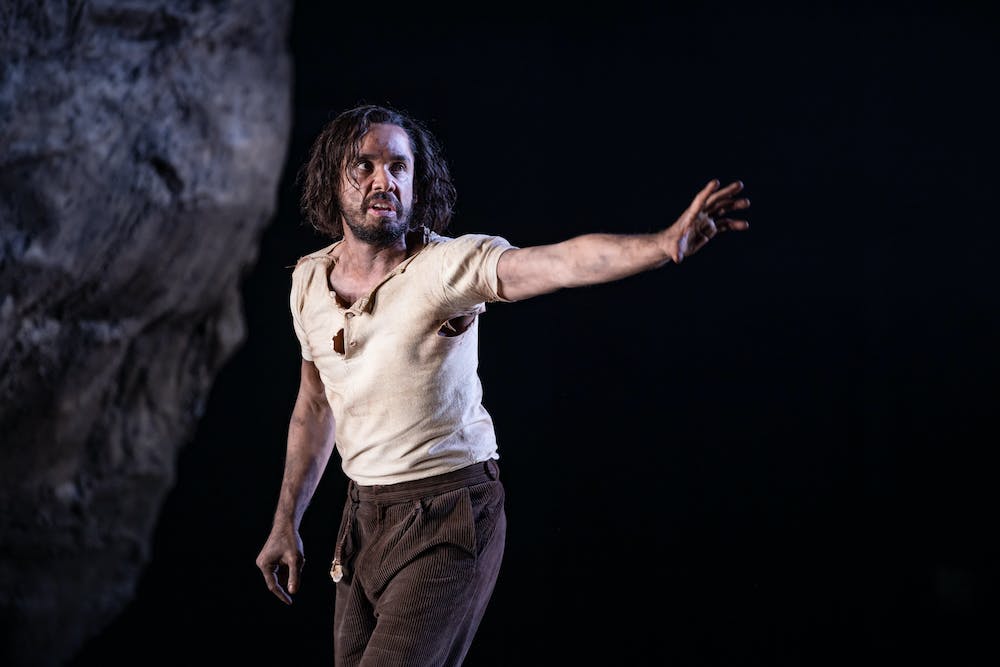 Williams’ solution is rewriting Caliban, played feelingly by Guy Simon, a Biripi/Worimi man. This Caliban is liberated from slavery and returned to his Country by the humbled Prospero (Richard Roxburgh).

Alongside Simon, Williams collaborated with several Indigenous colleagues to create a beautiful and affecting production that speaks to Australia on the hopeful cusp of the First Nations Voice to Parliament. There is also Megan Wilding as the knowing and compassionate Gonzalo; Jacob Nash’s set design which evokes the wonder of Country; and Shari Sebbens’ dramaturgy which reworks the audience’s relationship to Caliban.

This is not Shakespeare’s The Tempest with its knotty ambivalence towards colonization. Rather, the play is heavily altered to become an allegory for the possibilities of forgiveness and Reconciliation in Australia.

But even if rewriting the text seems like a revolutionary intervention into Shakespeare’s intentions, within the history of Shakespeare performance this production of The Tempest is not as radical as it may seem.

Something rich and strange

To achieve an ending that allows Caliban his dignity, the production team had to revise the text so Caliban does not submit and “seek for grace”, as he does at the conclusion of the original play.

Lines with racist overtones are cut and elements of the plot are changed to increase compassion for the “Hagseed” Caliban.

More drastically, the production team adds passages from several of Shakespeare’s other plays, such as Richard II, to articulate Caliban’s connection to Country:

Dear earth, I do salute thee with my hand

Though rebels wound thee with their horses’ hoofs.

Shakespeare purists may balk at this postmodern melange of Shakespeare’s speeches. But Williams and his team are taking part in a 400-year-old tradition of reshaping Shakespeare’s plays for performance to suit changing theatrical tastes and political ideas. 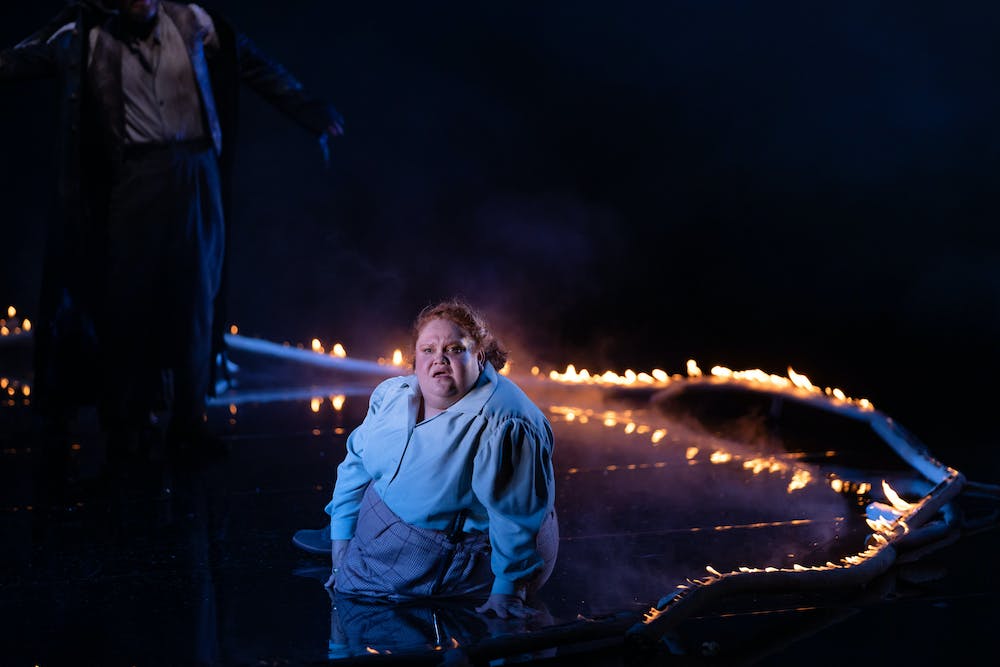 Early modern plays were never stable entities. They were often revised, either by those who first wrote them or by playwriting collaborators. Plays had lines or whole scenes cut and added, new characters incorporated and even endings changed. It was the playwright Thomas Middleton who added the Hecate scenes to Macbeth in the early 1620s.

Later, with the reopening of the theatres during the Restoration in 1660, theatrical companies continued touching up Shakespeare’s texts. Richard III became a tragicomedy; Macbeth turned into an opera, and The Tempest was given a host of new female characters to take advantage of women being allowed on stage.

Even now, Shakespeare plays are often edited for performance, cutting them down to a running length to suit a contemporary audience.

Williams’ changes to The Tempest to humanize Caliban can thus be situated within a history of theatrical revision and postcolonial readings in Shakespearean performance. 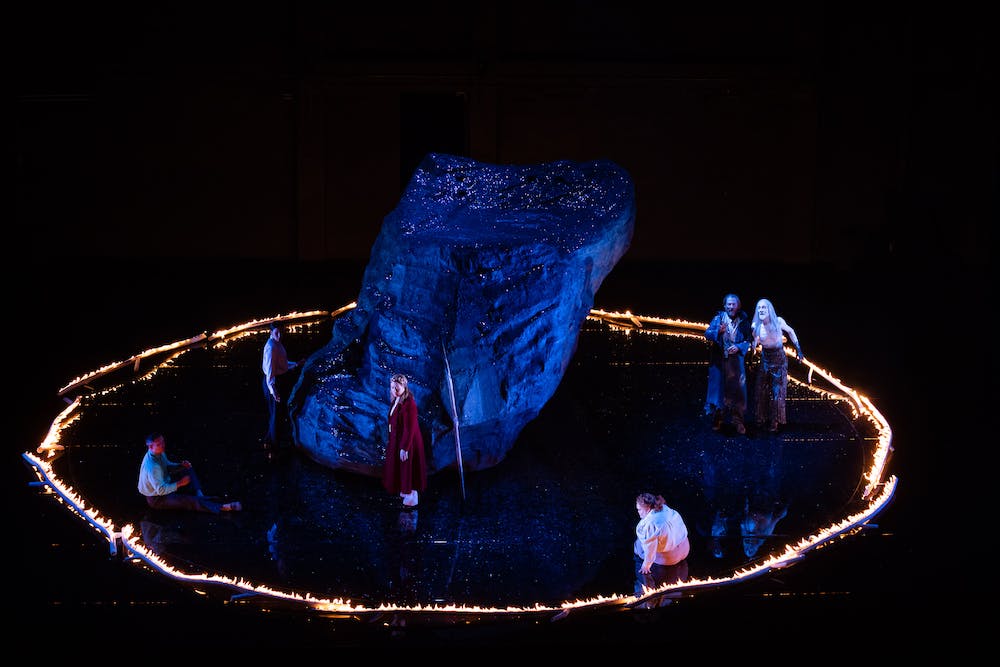 The Tempest is part of a long history of reworking Shakespeare’s plays. Daniel Boud/Sydney Theater Company

What’s past is prologue

Over the past 30 years, there have been several performances of The Tempest which featured Aboriginal and Torres Strait Islander peoples, allegorizing discrimination or gesturing towards a hopeful future for race relations.

Revising The Tempest for Australian audiences is complex. When adapting this play, with its complex meanings and history, Shakespeare is simultaneously undermined and authorized, criticized, and praised by artists and audiences alike. 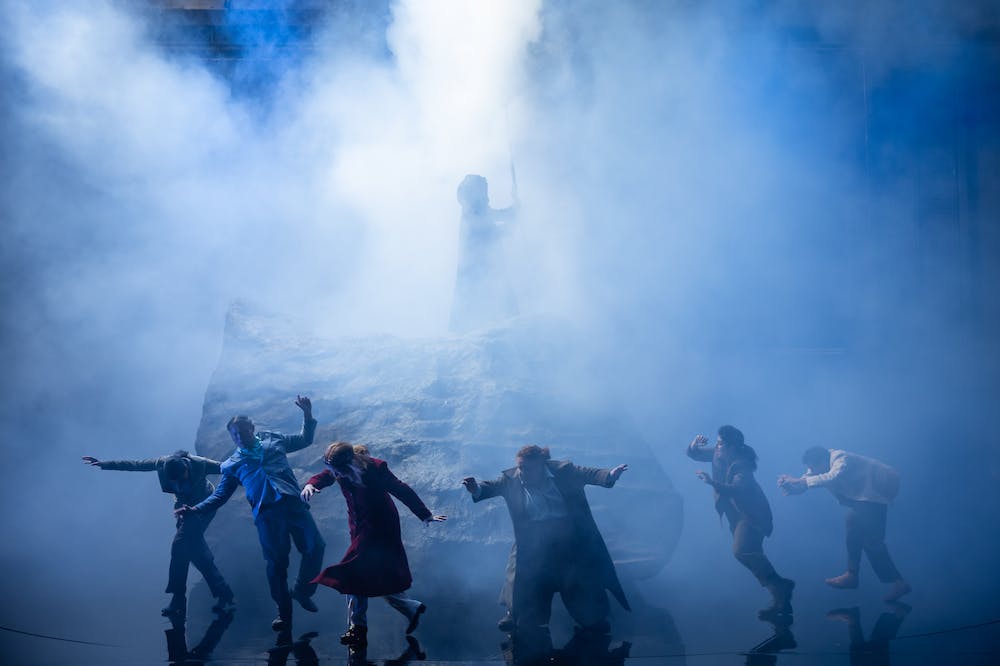 This production of The Tempest builds on other Australian confrontations of Shakespeare’s play. But earlier postcolonial adaptations, such as Simon Phillips’ 1999 Queensland Theatre Company production, showed reconciliation whilst also critiquing how Australian society authorizes the racism that Shakespeare’s plays can promote.

By focusing on the disturbing language in The Tempest, the audience can see how our literary icons are part of our nation’s fabric of discrimination. In contrast, while the STC’s The Tempest restores Caliban his dignity by removing racist language, the audience does not have to confront the racist history of Shakespeare.

Changing the language of Shakespeare’s plays is not a radical act. It is a common, historical theatrical practice.

But by removing the racism in the play, Williams and his team are idealizing a Shakespeare that doesn’t exist. It is the Shakespeare we wish we had – but it is also important to remember the Bard was as much of a product of his time as we are.

STC’s The Tempest plays at the Roslyn Packer Theatre until December 17.

This article first appeared on The Conversation on November 20th, 2022, and has been reposted with permission. To read the original article click here.