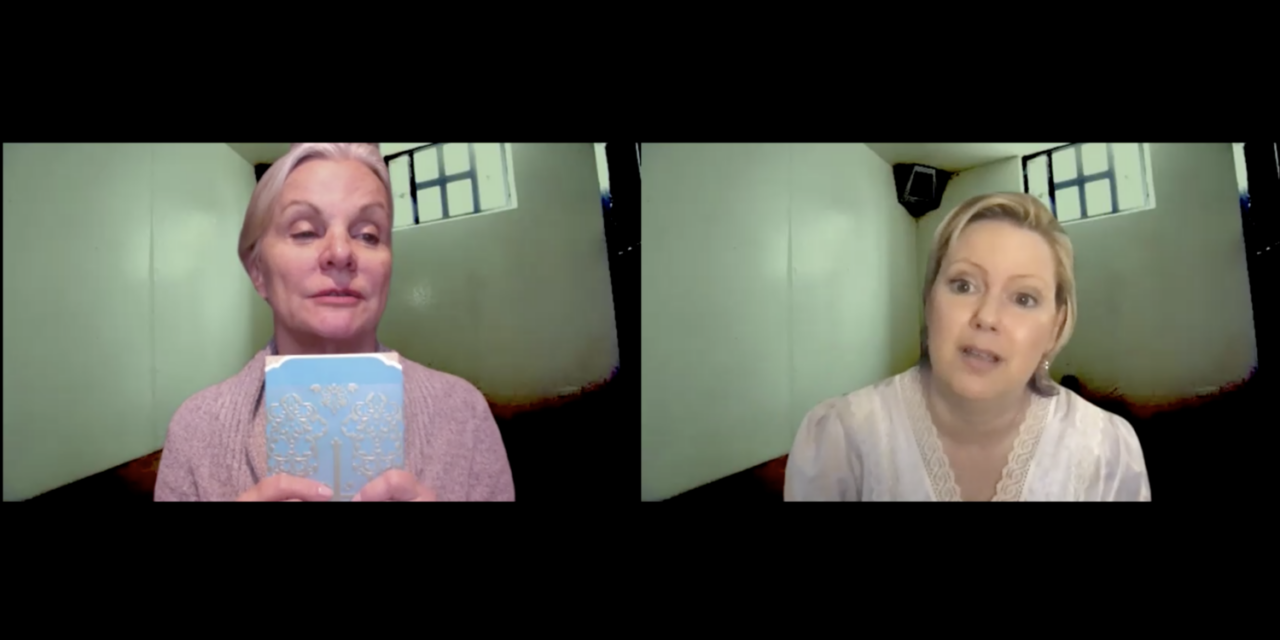 Audrey Heffernan Meyer (left) as Du and Erin Cronican as Keely in "Keely and Du." PC: The Seeing Place.

Keely and Du, Jane Martin’s seminal work from 1993, is a piece often touted for its emotional impact and educational effect. Its story—that of a pregnant rape victim kidnapped by an extremist pro-life group, and the bonds that form between captive and captor—is undeniably powerful. The script is difficult to watch in the best of ways: poignant, brutally honest, and humanizing. It is a script I deeply admire.

Unfortunately, the play falls flat when presented in a digital medium.

The Seeing Place has tried their best to adapt Keely and Du to Zoom formatting, and I commend them for the effort. However, what with the technical difficulties—actors disappearing into their green screens; too-loud projection blowing out microphones; a reverberate echo that appeared at intervals—and the lack of a physical human connection, this digital production inhibits the message of the piece. To this reviewer, it felt one-dimensional, likely due to being unable to react to one’s scene partner in real-time. The Zoom delay led to largely one-tactic acting, and I was unable to gauge exactly how these characters felt at any one moment. It was difficult to absorb anything but rage or monotony, which grows tiresome after a spell. Keely and Du is a play that demands human connection in order to establish any form of empathy, character growth, or message communication: Zoom cannot provide this in the way needed.

This isn’t to say there weren’t moments of impact. There were. Audrey Heffernan Meyer, playing Du, had several shining monologue moments, in which I believed every word that came out of her mouth, empathizing more with her than any other character; near the end, there is a beer-drinking scene between Du and Keely (played by Erin Cronican, also the co-director) that struck me as the most human and effecting part of the show. They were simply being in those moments, and that was the most beautiful part of it. It didn’t feel forced. It didn’t feel overtly angry. It didn’t feel entirely helpless, monotonous, or restless. The rest of the show would have benefited from more of that.

Now, there is one thing to add here: in the talkback after the show, Cronican’s knowledge of and passion for this subject material was clear. I have the utmost respect for that; I admire her courage and ambition in taking on such a challenging piece. Unfortunately, it didn’t go the way she wanted it to. The audience left with a feeling of horror about the extremism and hypocrisy of this pro-life group, yes, but it more came from the inherent disgust in the script than anything staged. Perhaps it will be better presented on a true stage: I look forward to seeing that, should the time come. 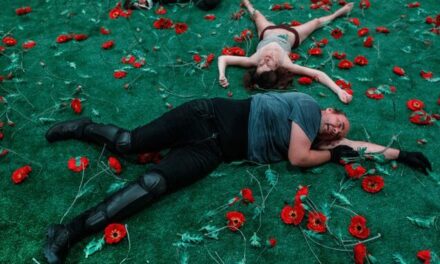 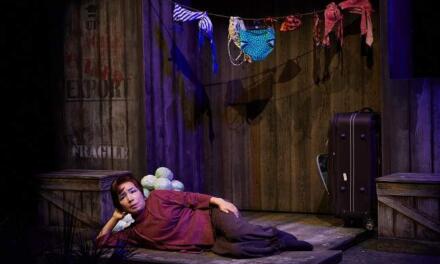