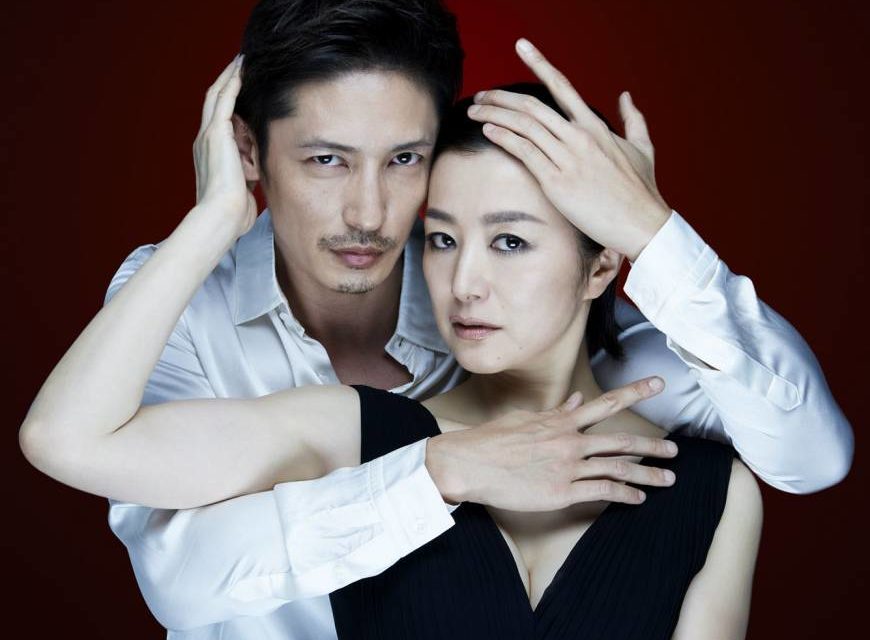 The route that has brought Richard Twyman to Tokyo to direct an all-Japanese cast in a play based on a 18th-century French novel has taken many twists and turns.

Now, though, it has finally led this rising star of the British drama scene here with his own new version of Les Liaisons Dangereuses, a work in which two estranged lovers weave heartless sex schemes to wreck each other’s future.

“I grew up in the Highlands of Scotland and had no contact with theater,” Twyman explains, going back to the beginning. “At school, I was cripplingly shy, but I was really lucky because it had a good drama department, and from there I went on to study drama and theater arts at Birmingham University.”

Originally set on acting, he says he soon realized it wasn’t his cup of tea. It was only after taking courses in other specialties such as lighting and scriptwriting that he found his calling in his final year of school — and that was directing.

Moving to London after graduation, Twyman then started working in theater doing any job he could — whether as an an usher, a barman, or shifting scenery. Occasionally, he said, he’d land a role at the bottom of the creative ladder as a trainee assistant director paid next to nothing.

One day, however, while at his part-time job at Hamleys toy store in central London, he said he met a woman who turned out to be a theater director’s agent who used to be married to Terry Hands, a former artistic director of the Royal Shakespeare Company.

The two talked from time to time afterward and, “thanks to her advice,” he says, “I had a chance to speak to the great Shakespeare director Gregory Doran, and eventually I was able to join the team staging his acclaimed Othello in 2004 with Antony Sher as a psychopathic Iago.”

It was then that the first seeds were sown leading to Twyman’s role directing this original version, with Japanese-flavored sets, of British playwright Christopher Hampton’s 1985 stage adaptation of Pierre Choderlos de Laclos’ risque 1782 novel of the same name.

That’s because, as the director explains, “Following a sell-out season with Othello at the Royal Shakespeare Company’s base in Stratford, we toured Japan for five weeks and our London-based producer, Thelma Holt (who presented Yukio Ninagawa’s works in England), would sometimes take me out.

“That experience of Japanese culture really fascinated me and I read lots of novels by people such as Haruki Murakami, Kenzaburo Oe and Shusaku Endo. I also thought I’d be back here soon…but it has taken a bit longer than I expected.”

Twyman has been very busy in between.

“After Othello, I stayed at the RSC and went on a huge learning path because Shakespeare’s work was almost alien to me at the beginning,” he says. Yet after 14 productions, through which he rose to the position of associate director, he left in 2008 because, as he put it, “I’d worked on that dead writer’s plays for a long time, and I wanted to work on new writers’ plays.”

So for the next five years, he immersed himself in a broad range of material on many leading stages until, in 2013, he was made associate director (international) at the Royal Court Theatre in London — a company famed for discovering outstanding, edgy works by unknown authors.

Yet by the time Twyman finally got his chance to return to this country, he’d already moved on again — to his current post as artistic director of the London-based English Touring Theatre, the U.K.’s foremost subsidized production company, which he took up in November 2016.

Despite the offer to stage Les Liaisons Dangereuses here being something of a dream come true, at first he said he was worried it might flop in Japanese in front of Japanese audiences.

Then the more he read the stage version, he says, the more he “wanted to rise to the challenge” — along with Jon Bausor, his award-winning set and costume designer — of staging an original, contemporary take on the ill-fated carnal rivalry between the Marquise Merteuil (played here by Koyoka Suzuki) and the Vicomte de Valmont (Hiroshi Tamaki).

“It’s a very interesting mixture of today’s plays and the classical in its use of language, rhetoric, and wit,” he says. “I’m also pleased to be directing a work that’s not directly political after doing lots of them recently in London, and this is more about relationships, generational and sexual politics, love, desire, and eroticism.

“Actually, though, when Hampton created this play for the RSC in 1985 we were living through a period of hypercapitalism, with both Reagan and Thatcher in power. We are still very much stuck with the tail-end consequences of that, and arguably Trump is the logical conclusion.

“So it feels like a lot of the excesses of some characters on stage, their lack of morality or empathy, are still happening, and many people today are asking questions that were being asked in the 1980s and 1780s.”

This post originally appeared in The Japan Times on October 12, 2017 and has been reposted with permission.