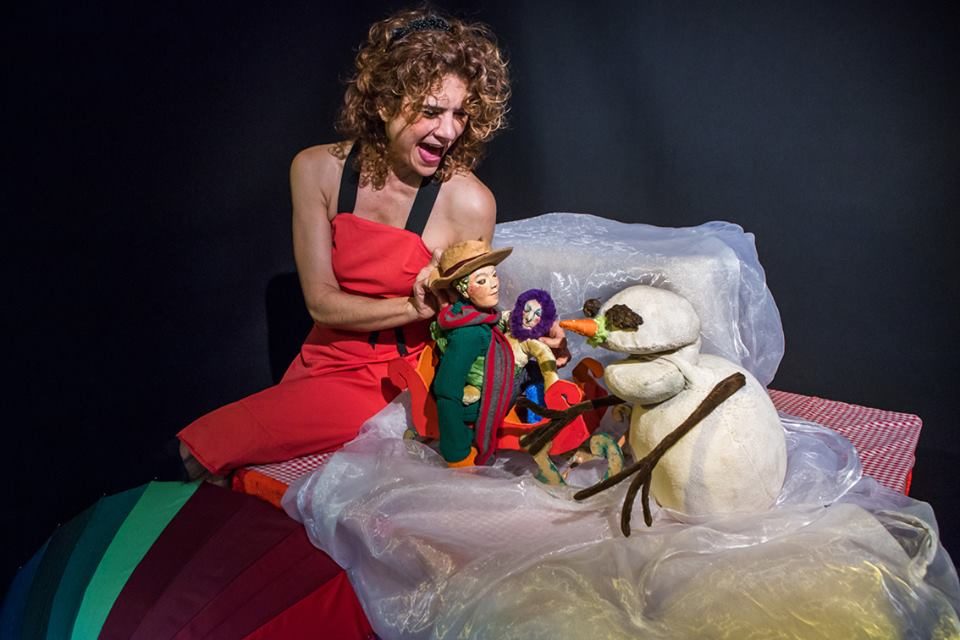 Emmanouela Kapokaki's “The Snowman Who Did Not Want to Melt.” Press photo

The Greek puppet theatre company, Prassein Aloga, meaning “to act irrationally” in ancient Greek, was invited to participate in two international puppet festivals during the past few months.

The Harmony World Puppet Carnival Festival was held this year in Lodz, Poland between the 24th and 30th September. More than 900 shows were judged by the Carnival Commission and finally, representatives of 34 countries participated. One of the Festival’s main goals was to contribute to the Renaissance of Puppet Art in the 21st Century. The Snowman Who Did Not Want to Melt was awarded the Educational Puppet Show prize.

From November 4th to 6th 2016, “the little snowman” traveled to Moscow, and performed at the  Red Theatre which hosted the Red Mood Festival of Puppet Performances of Small Forms and Solo Performances. The Festival aims to invigorate the bonds among various puppetry artists around the world, to inspire creative cooperation and the exchange of ideas. The Best Production Director award was given to Prassein Aloga. 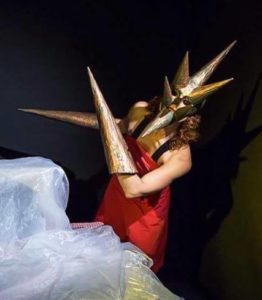 Emmanouela Kapokaki’s The Snowman Who Did Not Want to Melt. Press photo

Emmanouela Kapokaki, the founder of the theatre company, graduated from the Ecole Supérieure Nationale des Arts des Marionettes at Charleville-Mezières, in France. She established  Prassein Aloga in 1997 and since then, more than fifteen performances have been presented in her own venue, in other theatres, in schools and in festivals all over the world. Prassein Aloga  produces visual performances aimed for all ages.

As Kapokaki explains: “Our productions do not address the audience with an emphasis on the  spoken word but rather the language of the image, symbols, and  archetypes. They all  present an original spectacle in which actor and puppet interact.”

Consequently, her technique  is based on the communication between actress and puppet  on stage, crafting the myth by simultaneously revealing the yarns of how this fantasy is created. Puppets do not hide from the audience the source of  their ‘life.’ They talk, feel and move through  the human performer, even if sometimes the latter  is not herself the hero of the plot. Emmanouela Kapokaki gets her inspiration from traditional Greek fairy tales  but she  also often  produces her own stories from scratch.

“On my return from my studies in France,” Kapokaki  goes on, “I started creating performances simply by following my instinct.  I did not allow myself to be held back by logic. Images emerged from my mind and became the leading tools of my imagination. I would make a storyboard based on a fairy tail,  make the puppets and work with improvisations during rehearsals. Only when the performance is presented to the audience am I fully aware of its meaning. It’s like a secret code between me, the puppet and the children in every performance, which thankfully bears a second completely different level of messages when adults are also present.”

“The idea at first was to create a Christmas story… Finally, the Snowman became a  symbol of the water cycle, the seasons and of human life. It narrates the importance of water through a man’s life. He will begin by swimming in his mother’s womb; become a boy, turn into a man, and finally age.  It has a dimension that moves adults because “the man does not want to die!”

“In the Red Mood Festival, the jury was a group of children between 9 and 13. They felt that what they liked the most was that the performance had been so different.” This thought best illustrates a concern of Emmanuela Kapokaki  about the development of puppetry: “Very often, I ask myself why puppetry gets limited to the old style. Dramaturgy, direction, acting and visuals give out a marked out-modishness. I would like to see more innovative performances. And then,  I see theatre directors who use puppets so badly… I think a good way forward would be the creative exchange of knowledge and forms of expression that connect drama and puppetry.” 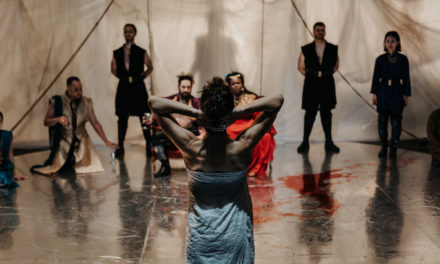